Who are you? Where are you living?
Tobin Innes (AKA T-Bone Chops on VSC page – facebook)
Gold Coast Australia (born in Melbourne, Australia)

When and how did you start collecting?
I started collecting in 2014. My love for the ocean began on a MOREY BOOGIE board, surfing the Victorian Coast line. It did not take long for me to want to get a surf board and surf stand up.
My Dad had a couple of old single fin boards, I remember wanting to surf alone due to the type of boards that l had at my disposal, I was embarrassed by them. Little did I know that they would become boards that l later sought to feed my collection needs.
One was a KLEMM BELL Bonzer – shaped by Kym Thompson, the other a lime green Trigger Bro.
I have located the KLEMM BELL board, it is with another collector and l have been told that it will be the lid of his coffin ☹
#gravedigger
In the pursuit of finding my old boards the collecting started and it did not take long before l was hooked.

Which was the first board of your collection?
The first real deliberate collection buy was a haul of 3 boards within the same day.
STRAPPER SCOOP deck with turbo fins from Victoria Australia
GT – TRIGGER BROS Thruster – Victoria Australia
Phil Myers – FREE FLIGHT – Ballina NSW

How many boards do you have?
At the peak of my collection l had over 100 boards, l wanted anything vintage. After a while l found my real attraction had evolved to 1980’s boards that represent “RADNESS” and they need to be top condition, all aboard the mint train, l now have around 40 boards. 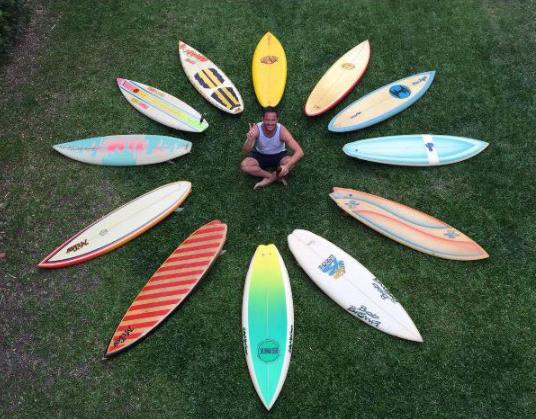 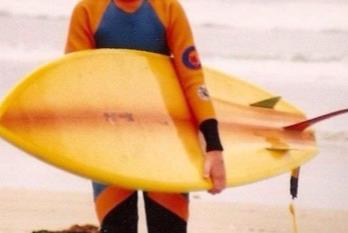 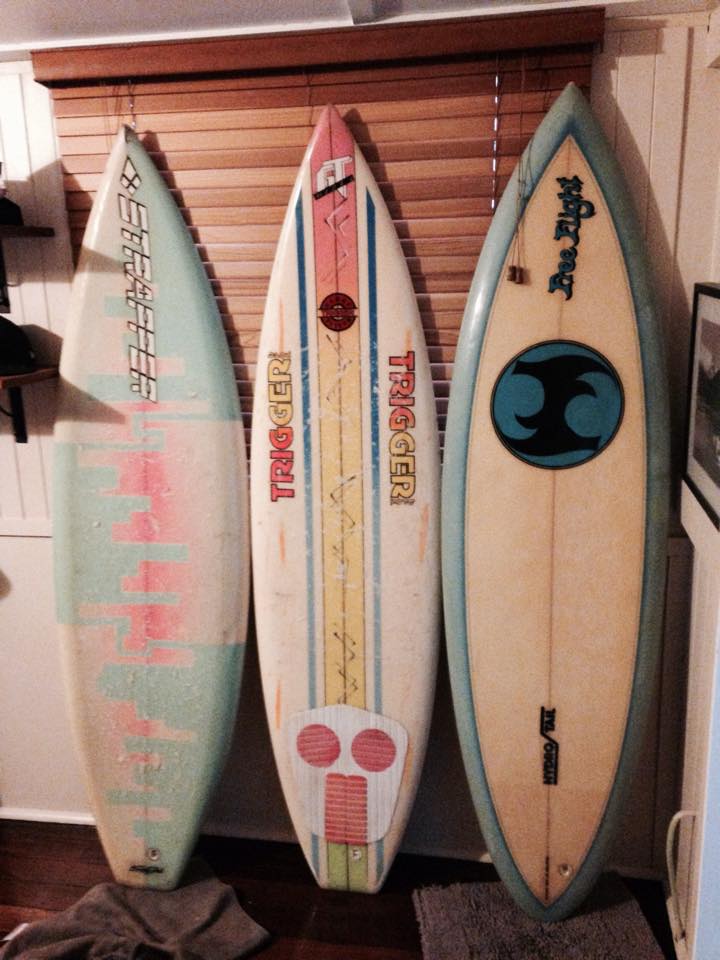 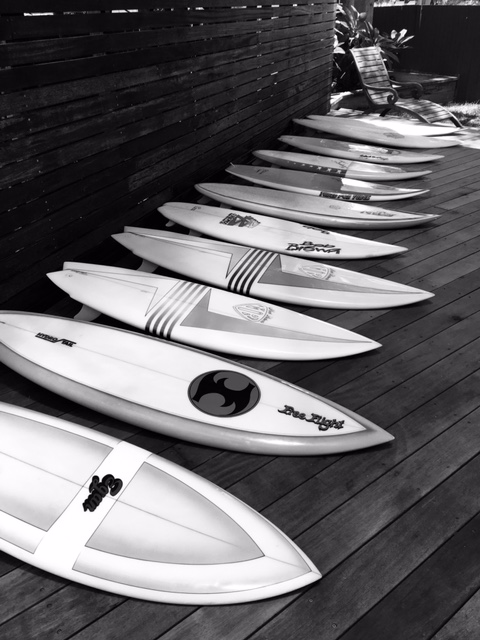 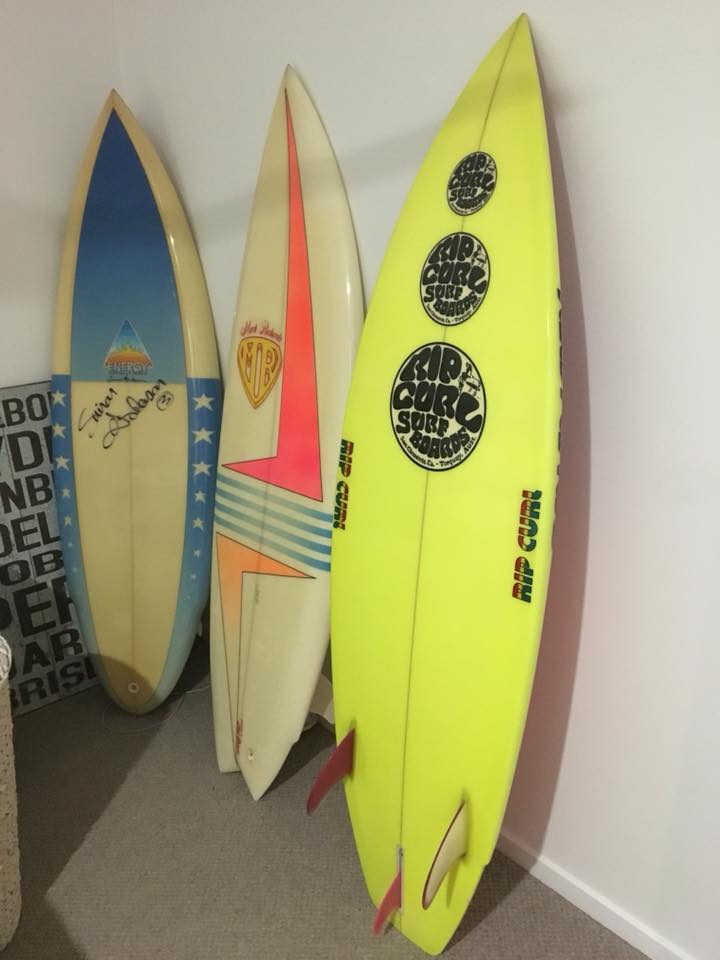 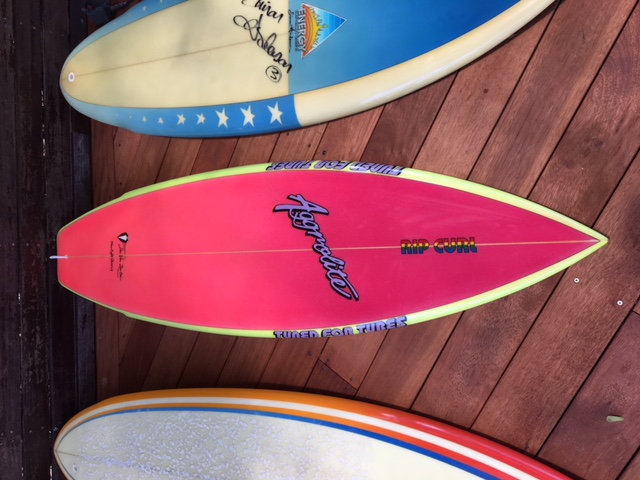 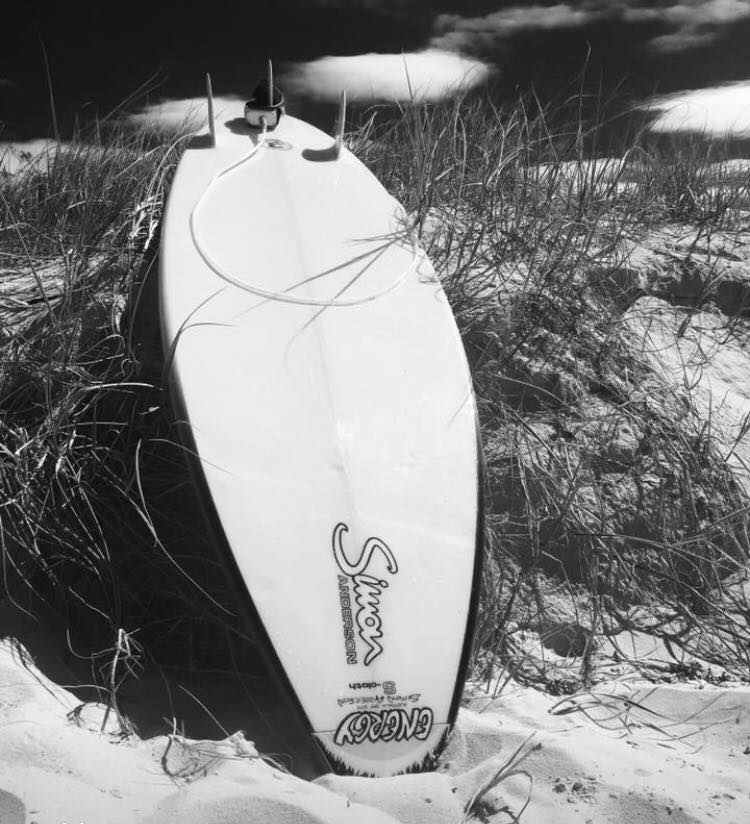 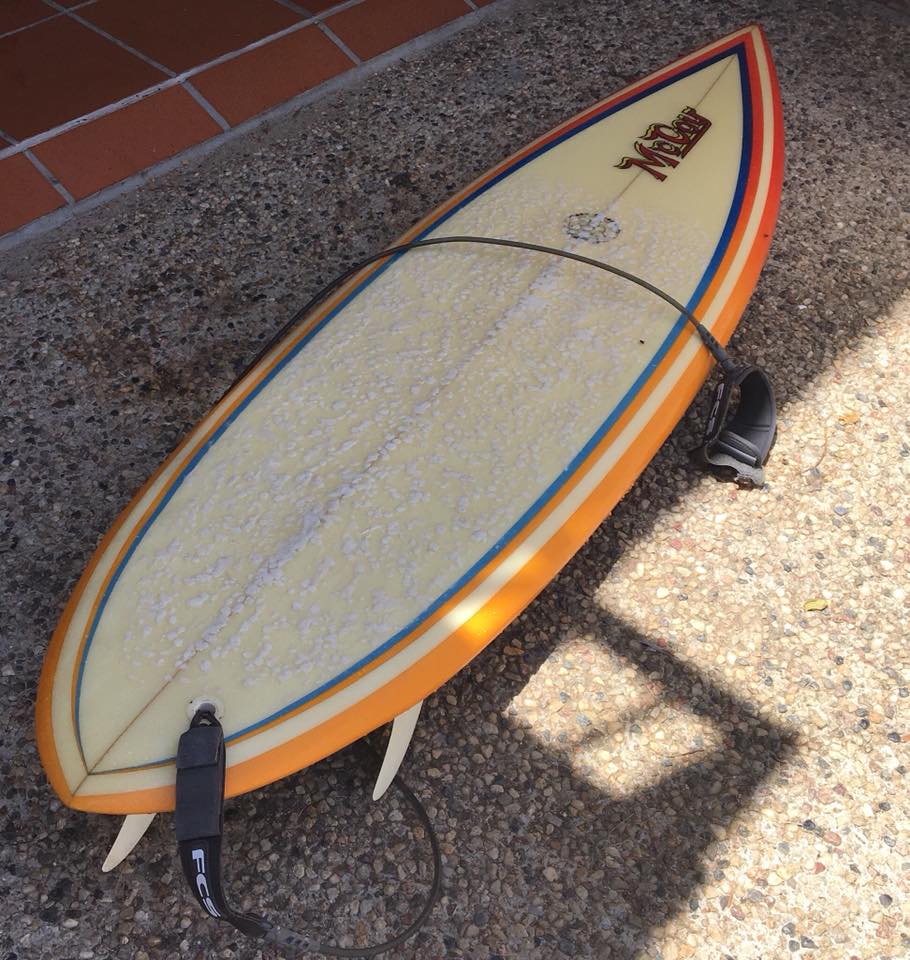 Which is now your most preferred board?
I have 3 boards that give an equal amount of stoke.
1st Gem – ENERGY – Unknow shaper
MR with rare channels – Mark Platter
My Calli Candy board – RIP CURL

Tunes for tubes – I just think this screams RAD!

Are you surfing your vintage boards?
Yes after seeing major deck damage from old glass, soft foam and a heavy front foot, I live by a rule of if it is the right size it gets wet. I save the others for people to hold and admire.

Which one do you like to surf most?
I like to surf my Simon Anderson on bigger days, it’s a 6’5 thruster S-Cloth model.
The other is my McCoy Thruster shaped by Matt McDermott 1985

Who is your favorite surfer from the 60’s-90’s and why?
Mark Occhilupo – Growing up watching him surf and push the limits, ripping waves to bits!

Who is your favorite shaper from the 60’s-90’s and why?
Bob Brown
Foster NSW – Australia
The boards that have come out of that stable and the shapers like Rico Rose and Nev Hines (RIP) are in my opinion so underrated. The board design and appearance just gravitate you to them. Just Google Bob Brown surf Boards, click images and you will see what l’m talking about!
Kym Thomson
Water Cooled Surfboards
Torquay, Victoria – Australia
I have found his progression story and experience very interesting.
Not to mention the Water-Cooled boards that have been produced, the Water Cooled decals are for me, the best in the business! I just love everything about Water Cooled. I’m still trying to find a mint KT – 1980’s Rad stick!

Where can we see your boards?
I live on the Gold Coast, always happy to open the collection up to a likeminded tragic.

Last words:
You know you are gone when you think you are happy with your quiver and you just keep seeing boards that you want!
I have learnt that the worldwide collecting community is strong, very helpful and extremely educated.