Surfing won’t be the same without Randy’s involvement, together with Fred Hemming he is the initiator of professional surfing , he managed the Triple Crown of Surfing, travelled through over 170 countries and now have surfed in over 70 of them and beside all this, he shaped more than 15.000 boards and is now considered the top restoration specialist in the world…

Who are you? Where are you living/surfing/shaping?
Randy Rarick of Sunset Beach, North Shore Hawaii. Living, surfing and shaping, all right at Sunset Beach! I should be so lucky! Right?

When and how did you start surfing?
I learned at the age of 10 in Waikiki. Taught by famous Hawaiian beach boy, Rabbit Kekai in 1960.

When and how did you start shaping?
I started working in the surfing industry at the age of 14. I started off repairing boards and worked my way thru high school at Surf Line Hawaii and Greg Noll Surf Center in Honolulu. I mentored under George Downing and Dick Brewer and had the opportunity to watch a lot of other top shapers, as we had a manufacturing operation, in addition to repairs. I really started production shaping after boards went short in the late 60’s/early 70’s.

Do you remember the first board you shaped? How was it?
I was 12 years old when I shaped my first board. It was a cut down Donald Takayama. I shaped with a cheese grater and used an oscillating sander. It look me two days to shape the board, as I did it all by trial and error. It was a terrible shape! 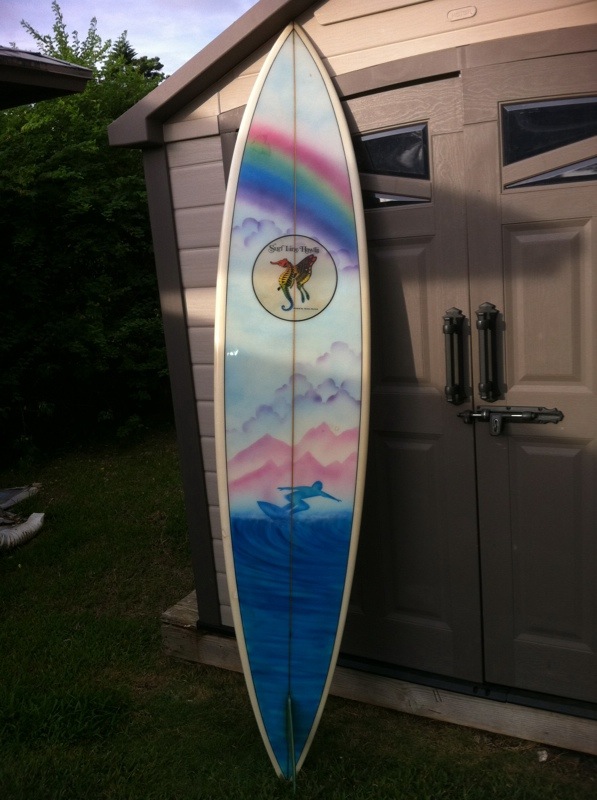 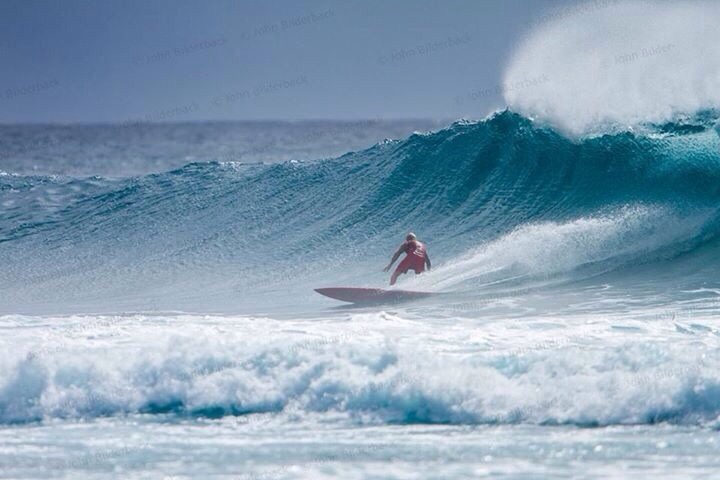 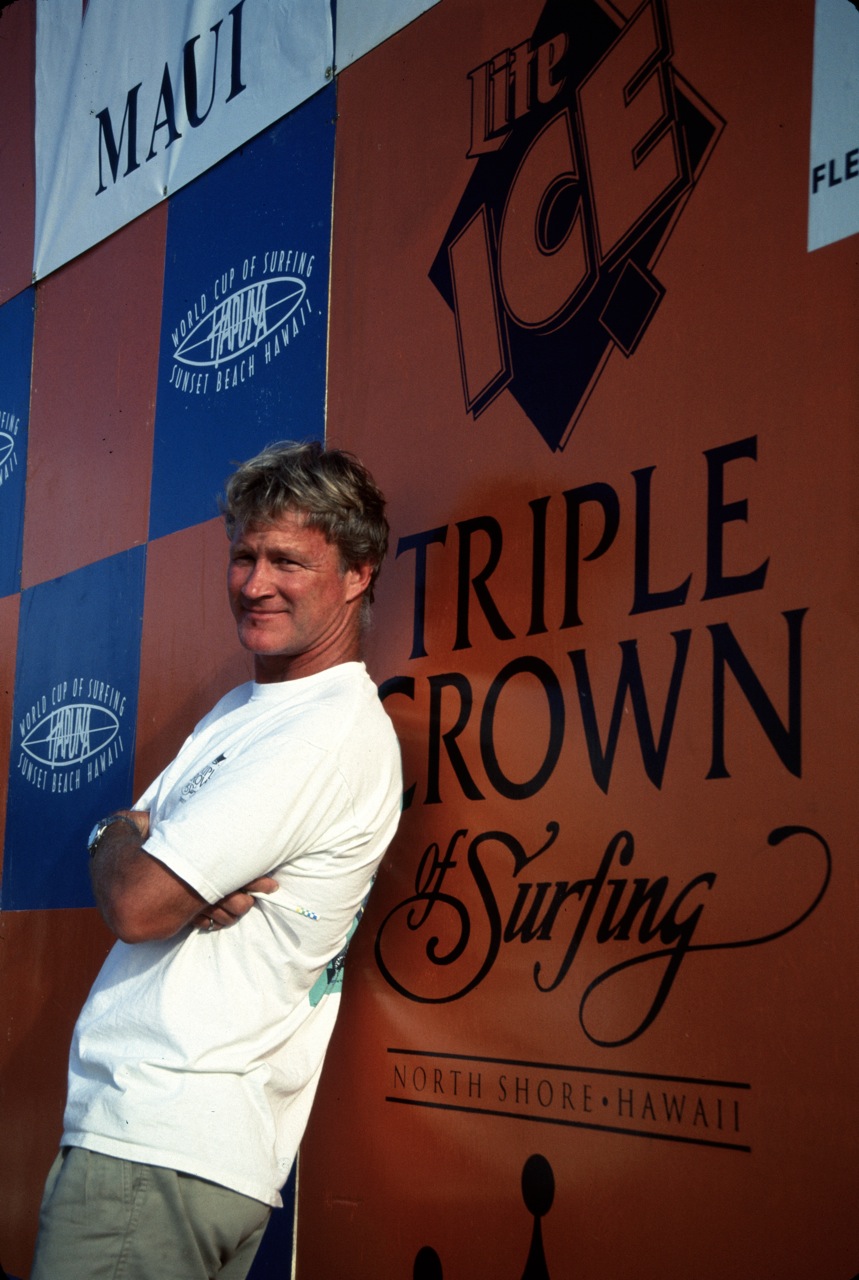 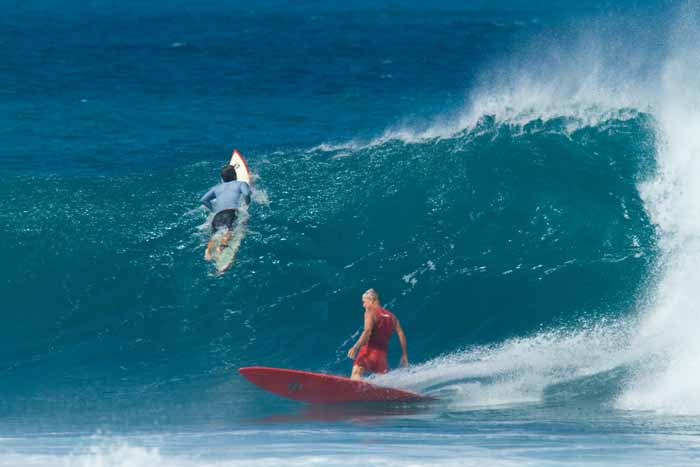 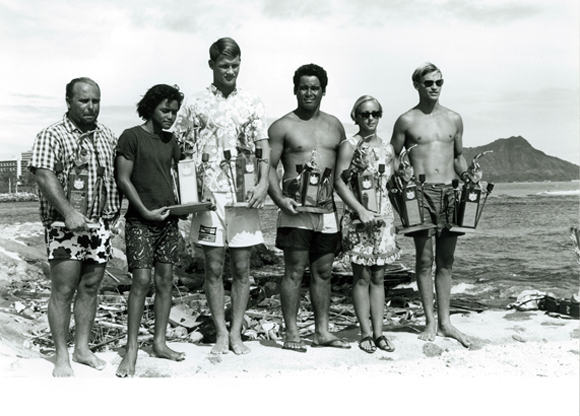 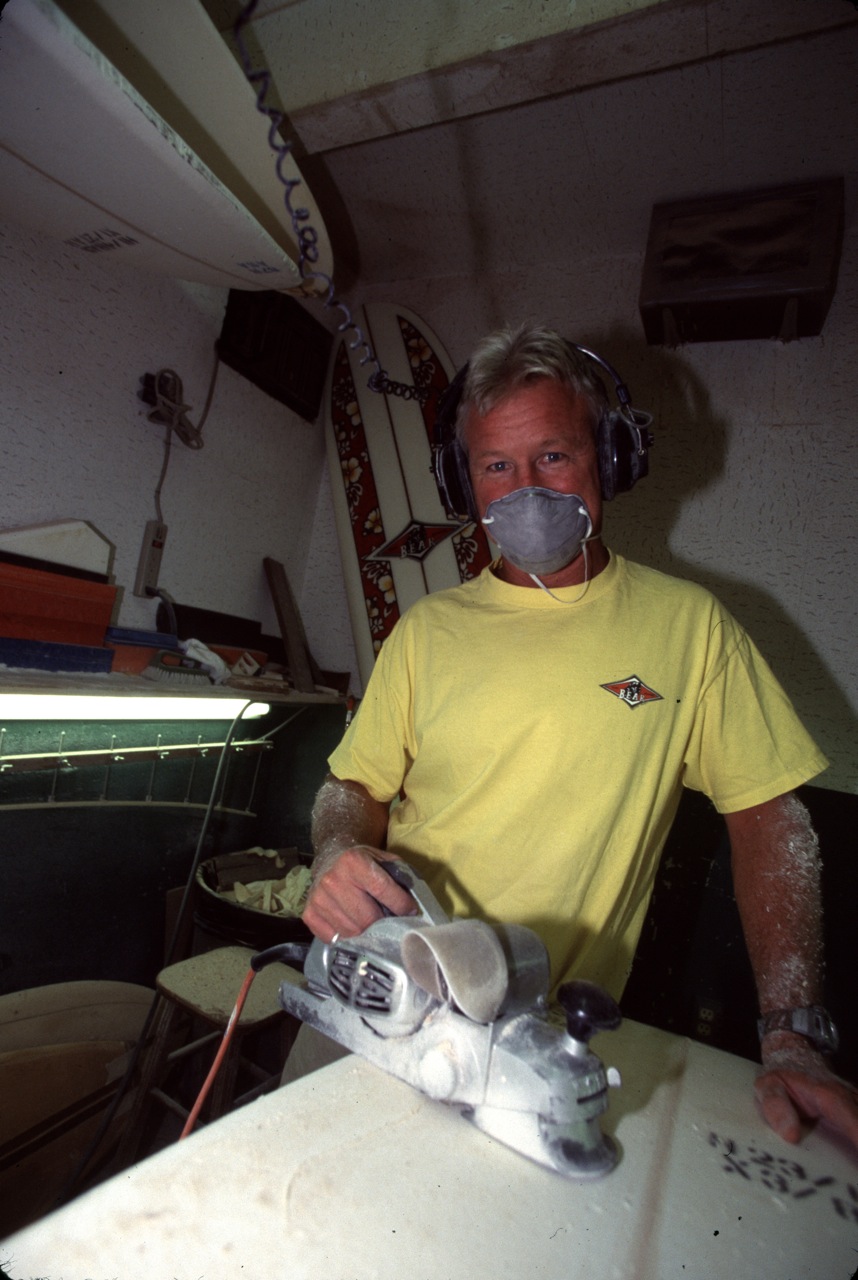 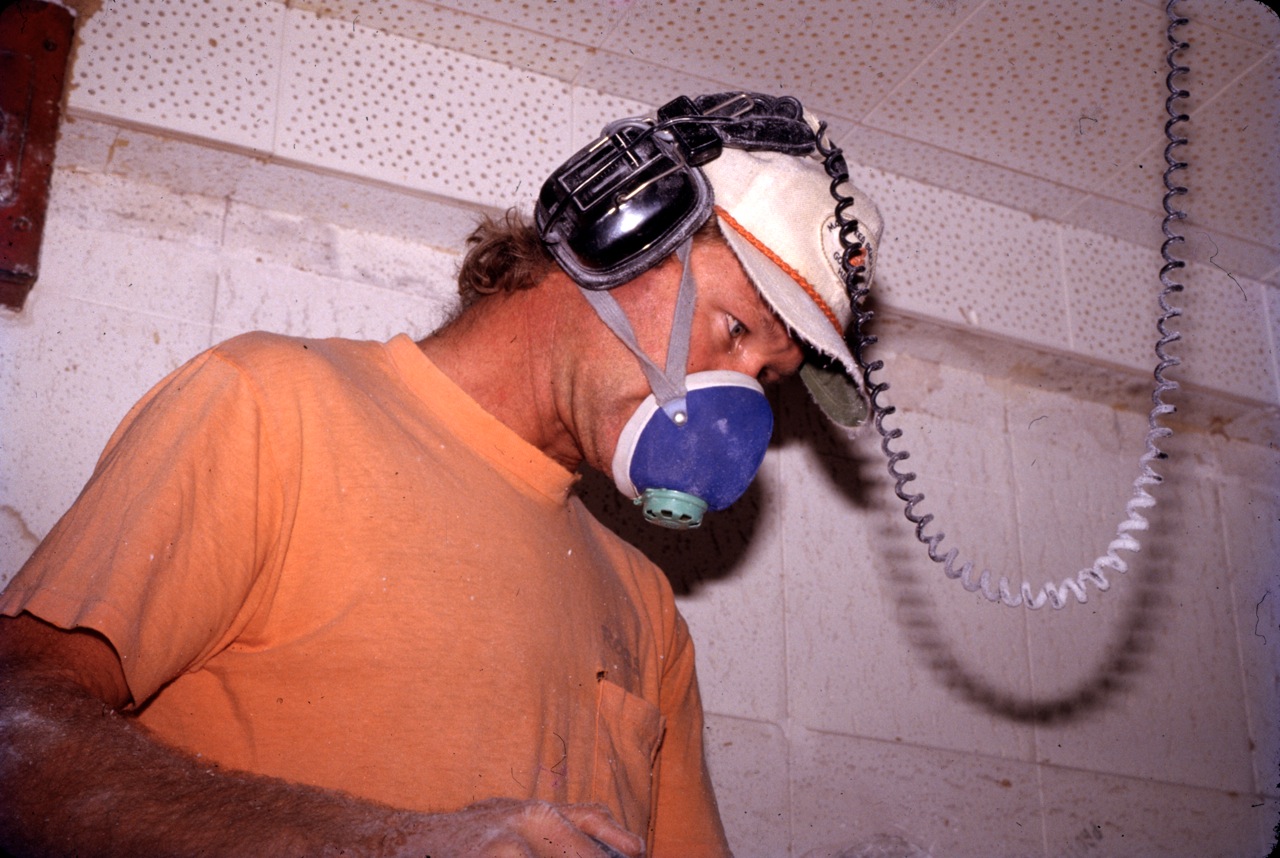 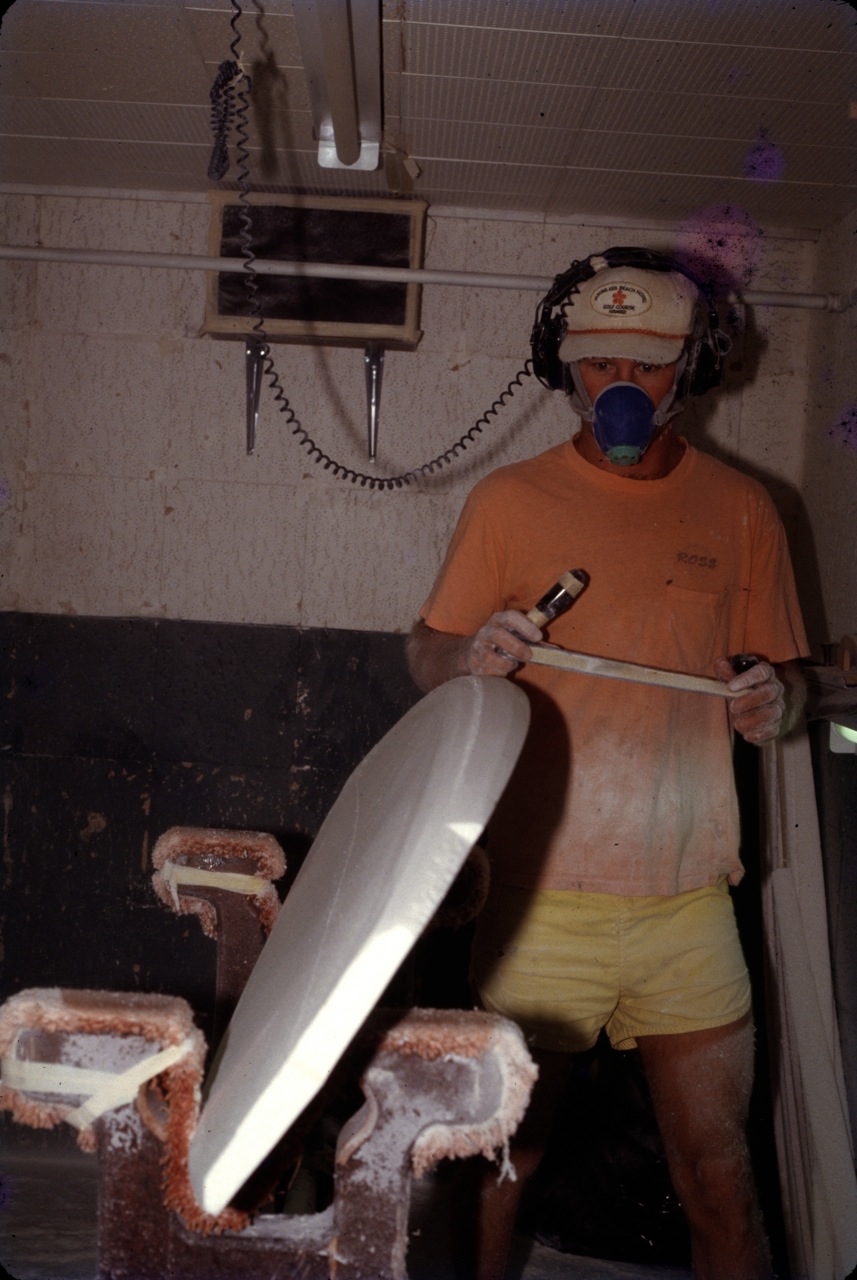 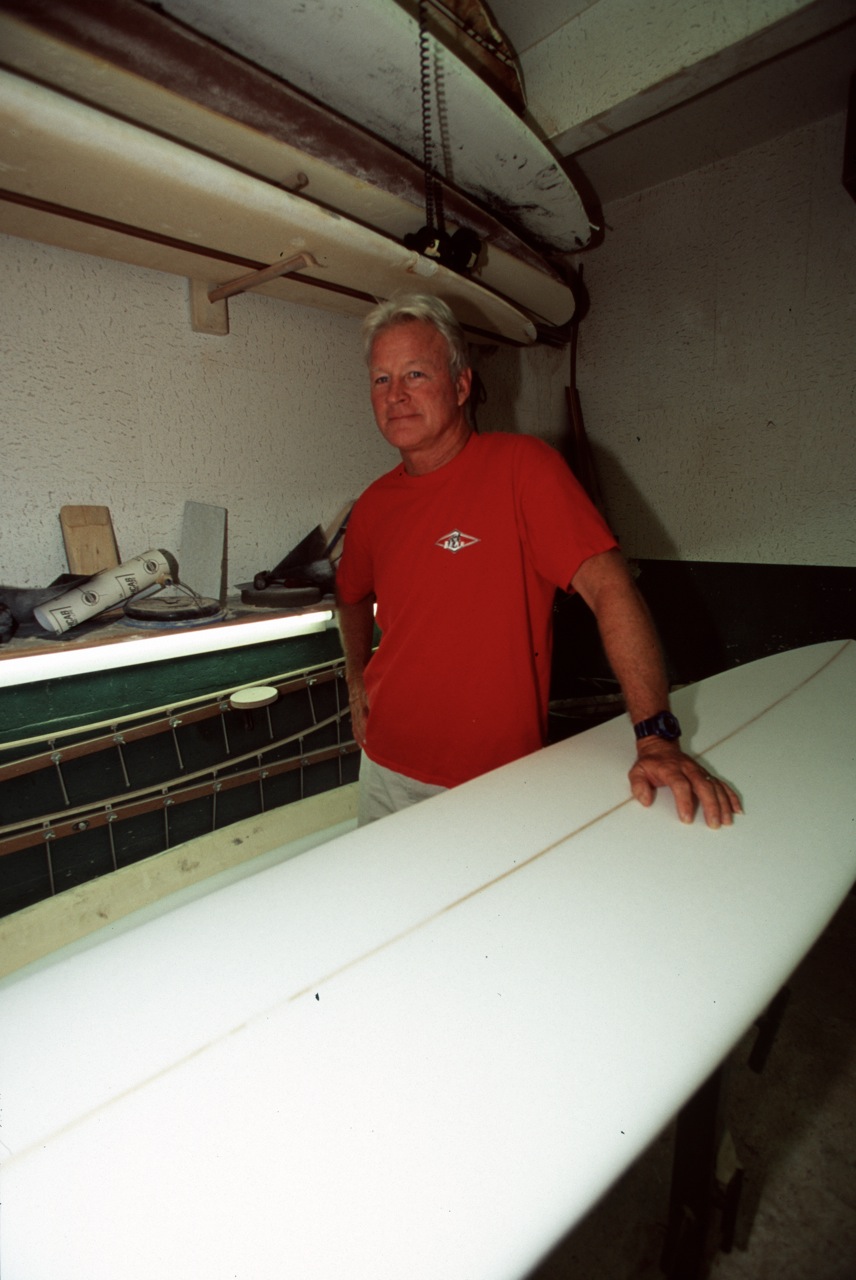 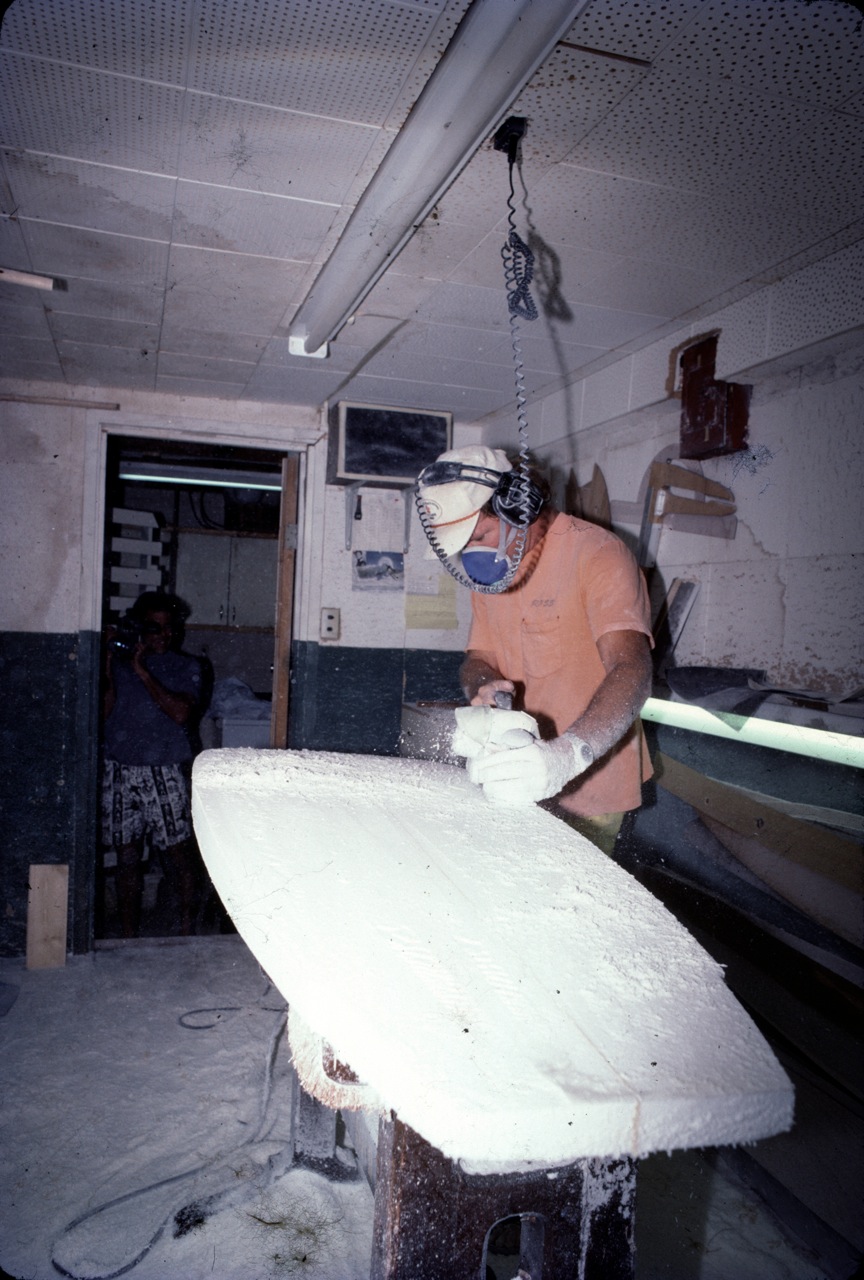 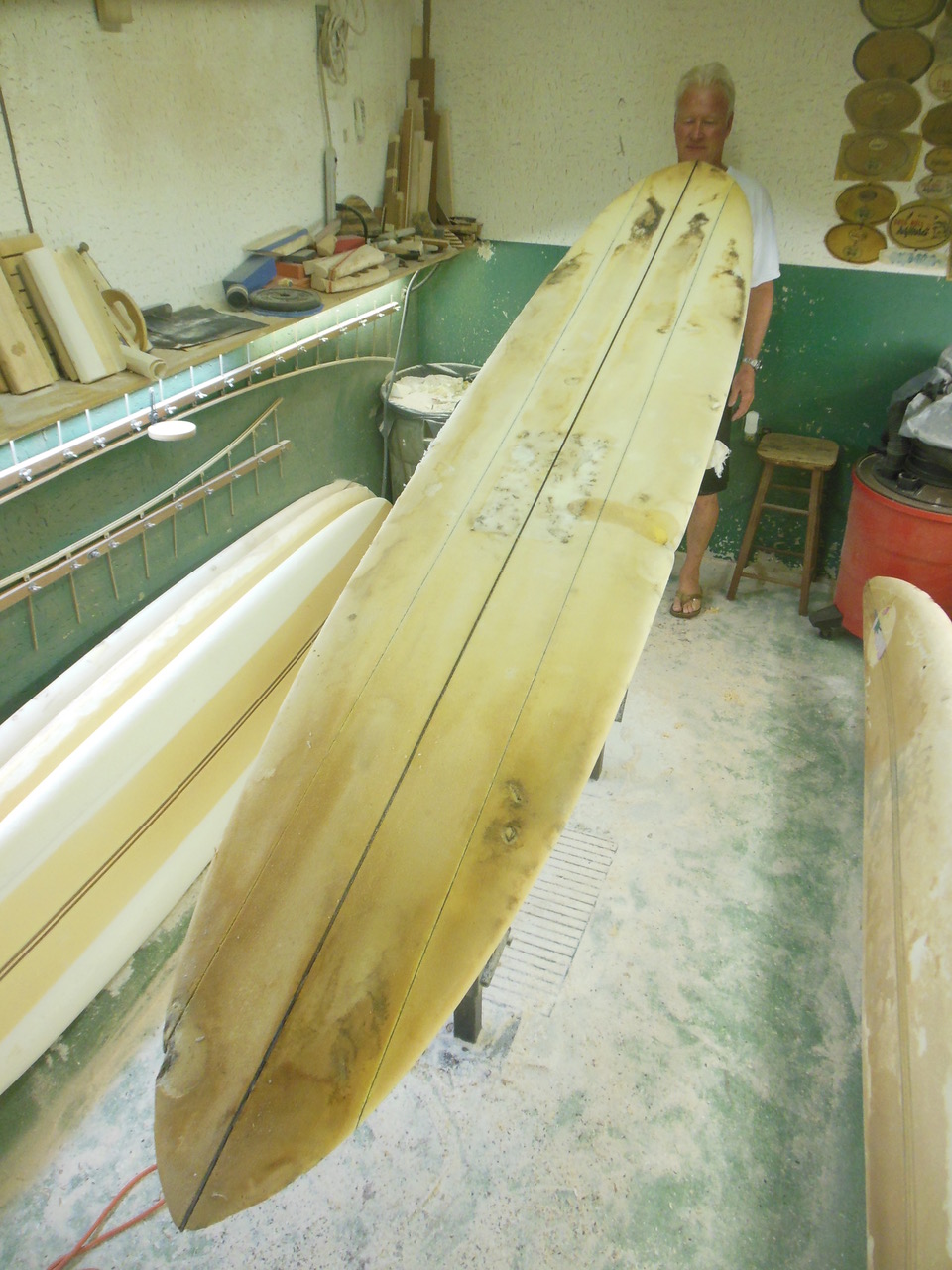 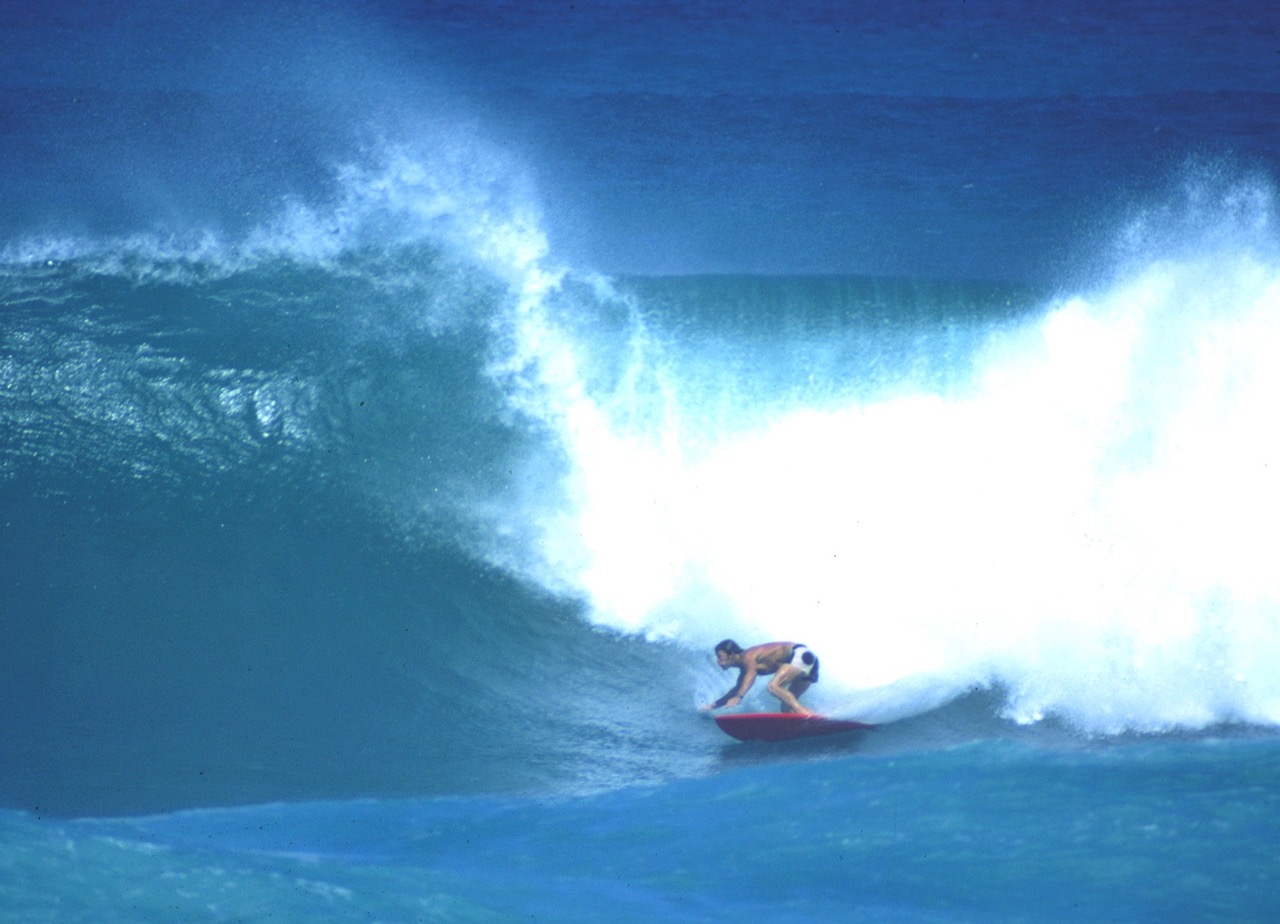 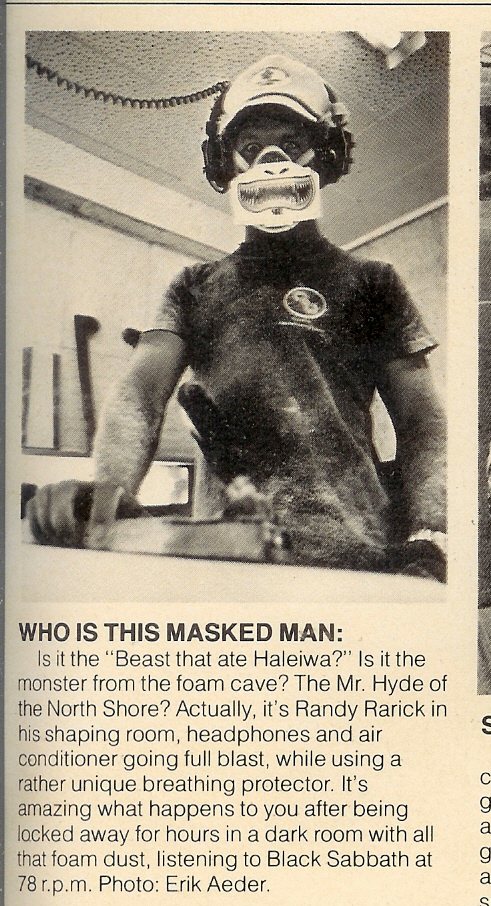 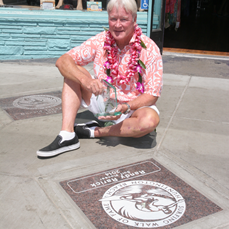 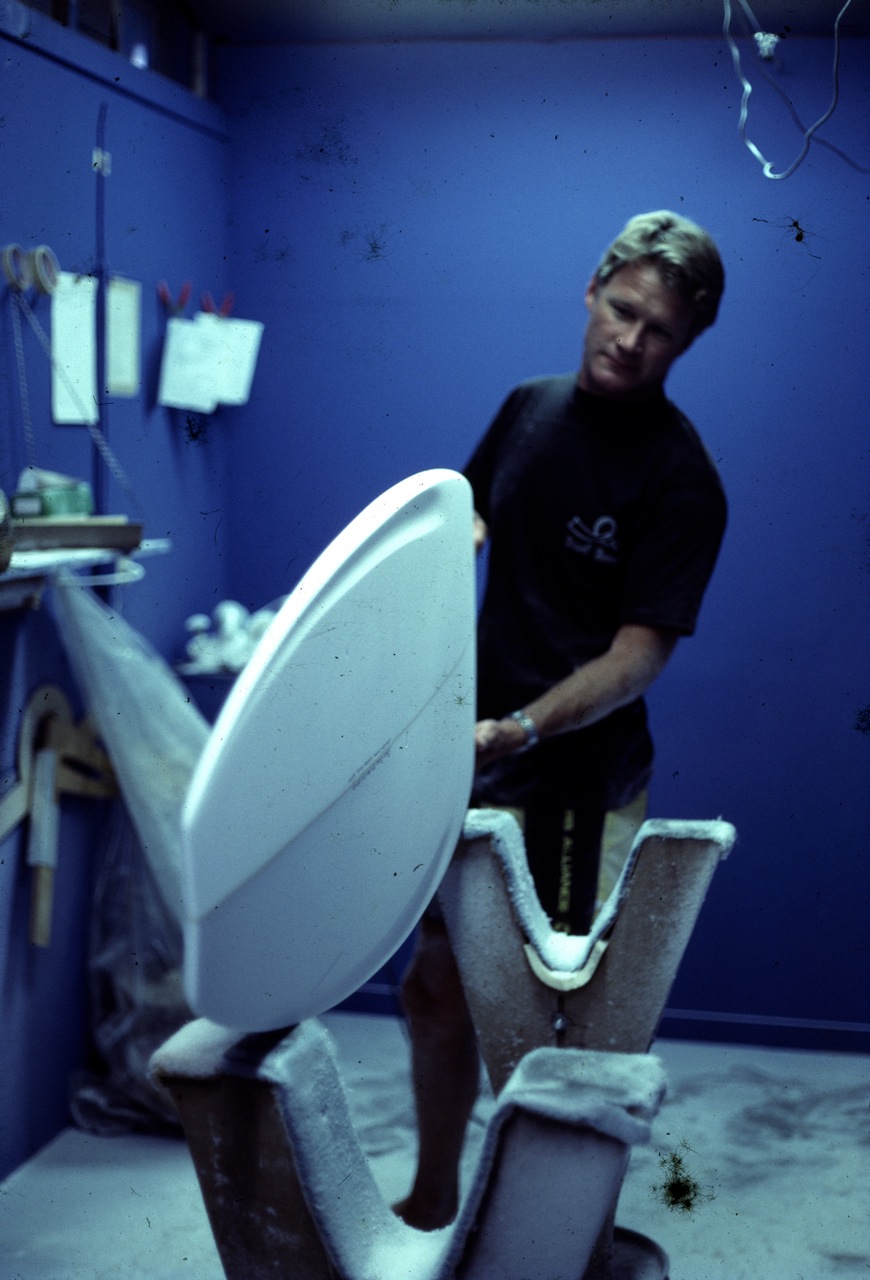 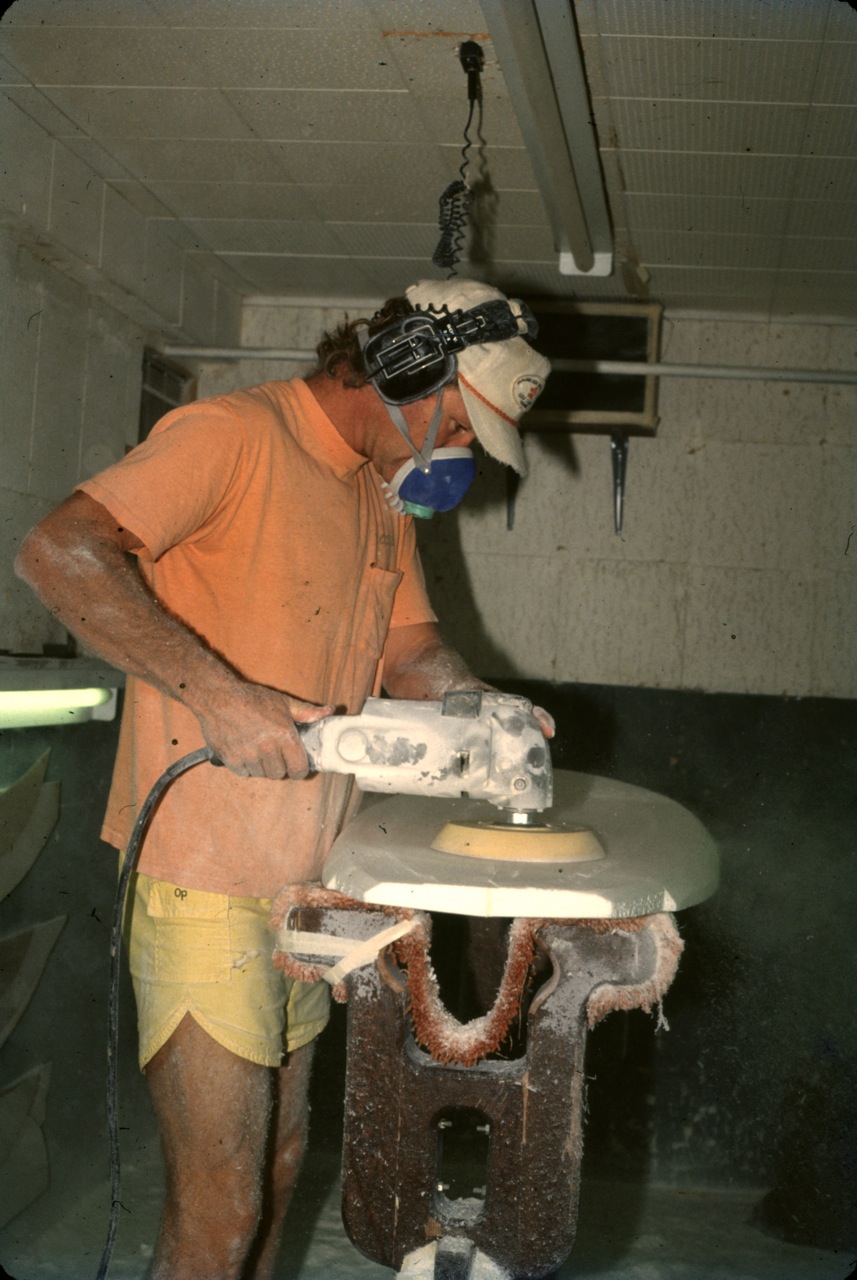 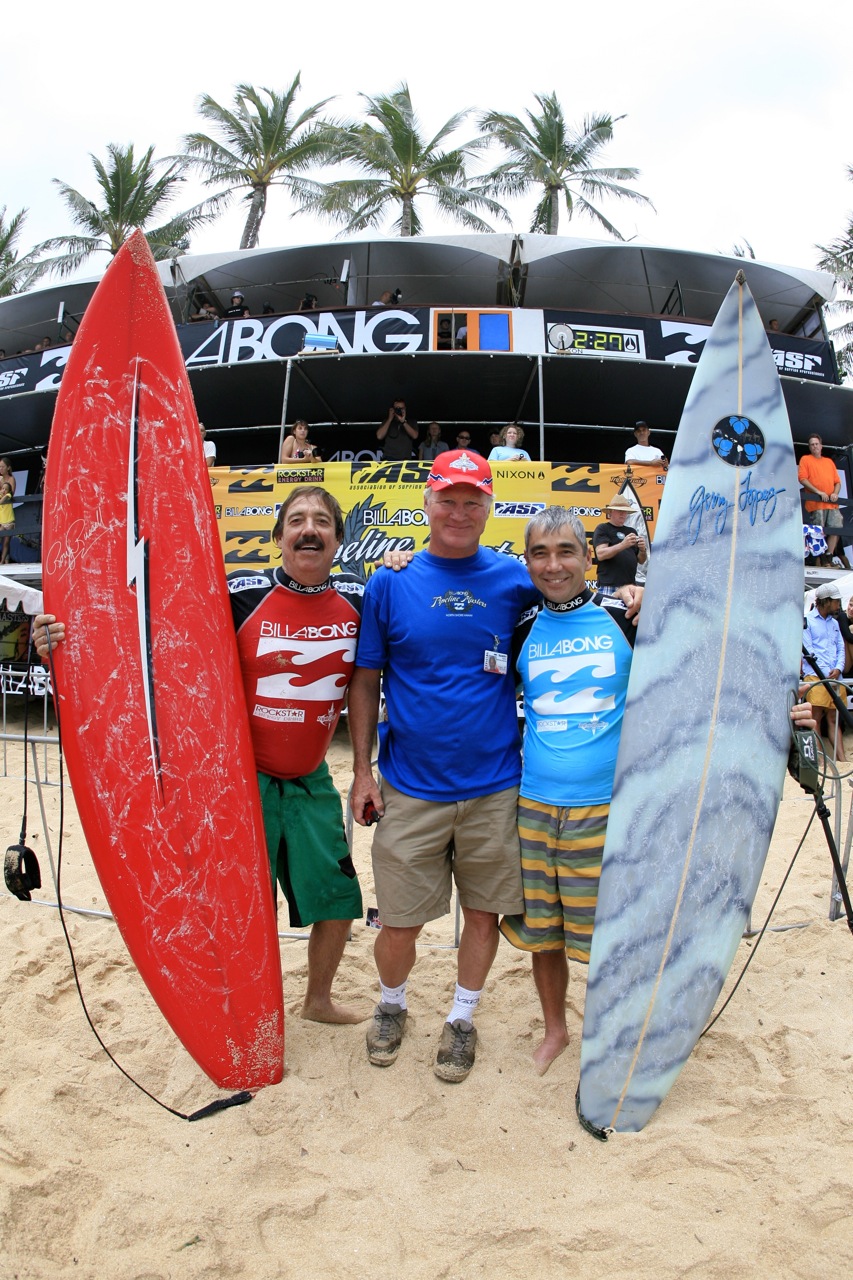 Which surfer had the biggest impact on your shaping?
As a self-taught shaper, I was my own influence, based on what worked for me. Early on, I admired the surfing of Dewey Weber, so aspired to have boards that could be ridden the way he did. Also, liked the “look” of his color schemes. But I learned a lot from Downing, Brewer, Takayama and an Aussie named Keith Paull.

Which is the best board you have ever shaped back in the days? Who for?
Over a 50 year shaping career, I have done a lot of boards for various people. In the 60’s it was guys like Buzzy Trent. In the 70’s/80’s the likes of Jimmy Blears and Rell Sunn. Various pro’s like, Gavin Rudolph and Buzzy Kerbox. My best have been just unknown recreational surfers who appreciated a good shape.

Which was the most important era for you?
I think the transition era from long boards to short boards. It was a heady two years from ‘67 thru ‘69. By the early 70’s we had figured out down rails and good rocker. The early 80’s with the introduction of the Thruster, really changed things and since then, it’s been more subtle changes than major design innovations.

Who is your favorite surfer from the 60’s-90’s and why?
You’d have to break it down in era’s. In the 60’s I liked Paul Strauch, as he was so smooth and really made it look easy. In the late 60’s I thought Nat Young was the best, just because of his raw power.  In the early 70’s I liked Jeff Hakman, as he never made a mistake. In the 80’s I liked Gary Elkerton, as he powered at Sunset Beach. In the 90’s Sunny Garcia for his dominance on the North Shore. In the 2000’s, Andy Irons, as he stuck it to Slater. In the twenty-teens, I liked Joel Parkinson and Jordy Smith as they surfed Sunset so well. In today’s times, John John personifies the best of the previously named.

Who is your favorite shaper from the 60’s-90’s and why?
I admired a lot of shapers. Early in my career, Dewey Weber, Dale Velzy, Dick Brewer, Rich Harbour, George Downing, Wally Froiseth and Donald Takayama, as they all contributed to the advancement of long boards. I admired Tom Morey for his futuristic thinking and designs.  Harold “Iggy” Ige, was an unacknowledged legend. Mike Diffenderfer was the counter to Dick Brewer. North Shore underground guys like Ryan Dotson, Don Koplien, Mike Turkington. In the pro era, no one could touch Tom Parrish. Into the 80’s and 90’s, the shapes of Pat Rawson, Jeff Bushman, most anyone who could make a good board for the North Shore.

Last words:
I’ve spent my whole lifetime in the surf industry. Over sixty years of doing everything and anything having to do with surf. Ran the most famous contests, shown surf movies, represented surf clothing lines, and traveled the world in search of surf. But the most self-rewarding has been designing my own equipment. It says something, that you can create with your own hands, an item that will bring you joy and allow you to experience the thrill of riding a wave and knowing it was your own efforts that made it possible.