Simon Anderson belongs to the generation of contest surfers, who shaped their own surfboards… In 1980, in search of more hold in small waves, he laminated a middle fin and thus invented the thruster – the standard surfboard until today.

Who are you? Where are you living/surfing/shaping?
Simon Anderson, living in Newport Sydney. Surfing – North Narrabeen Beach, shaping at Mona Vale, Sydney, Australia.

When and how did you start surfing?
1966 at Collaroy Beach, borrowed an older guys 9’6

When and how did you start shaping?
1971 was working as a ding fixer and was offered an upgrade training opportunity at Shane Surfboards, Brookvale

Do you remember the first board you shaped? How was it?
No but probably a 7’0 single fin, early boards were difficult and usually disappointing. 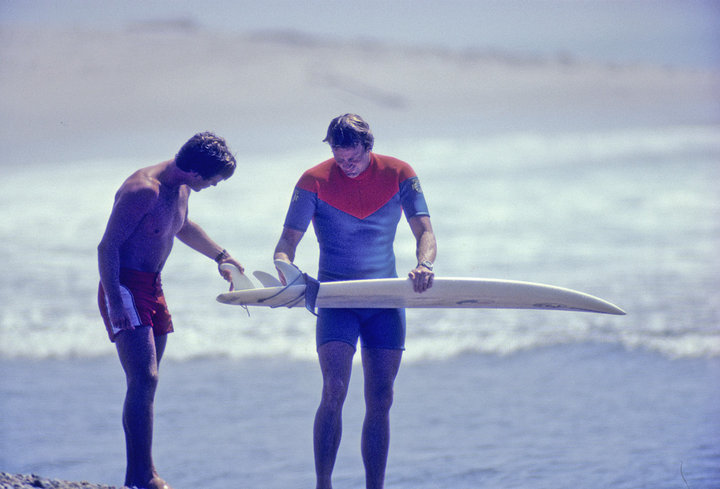 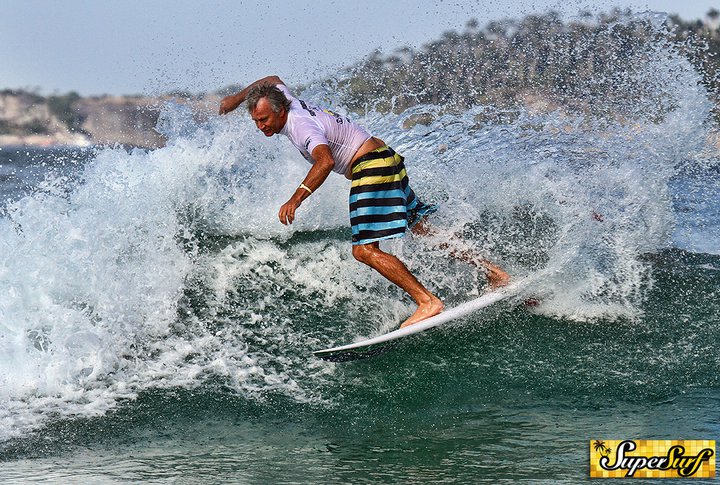 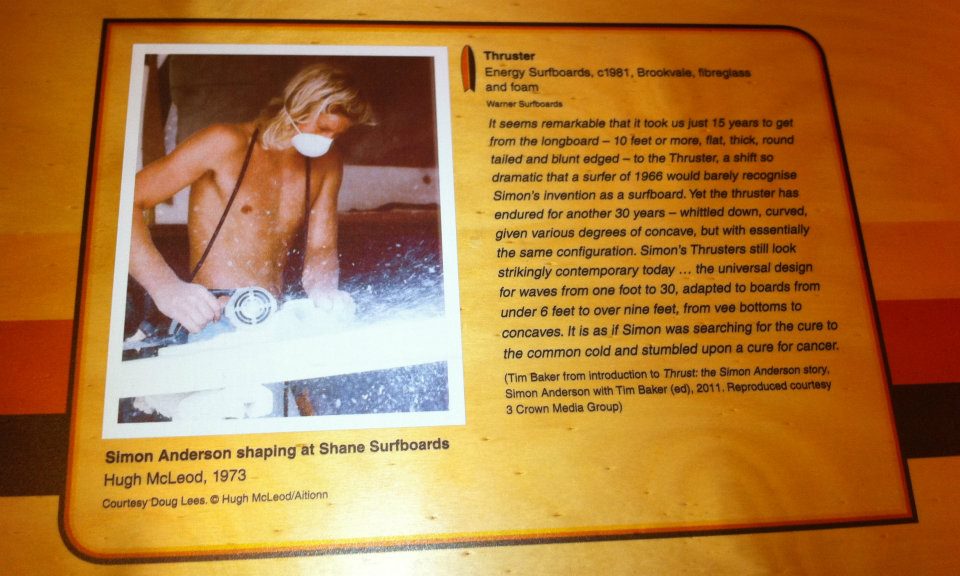 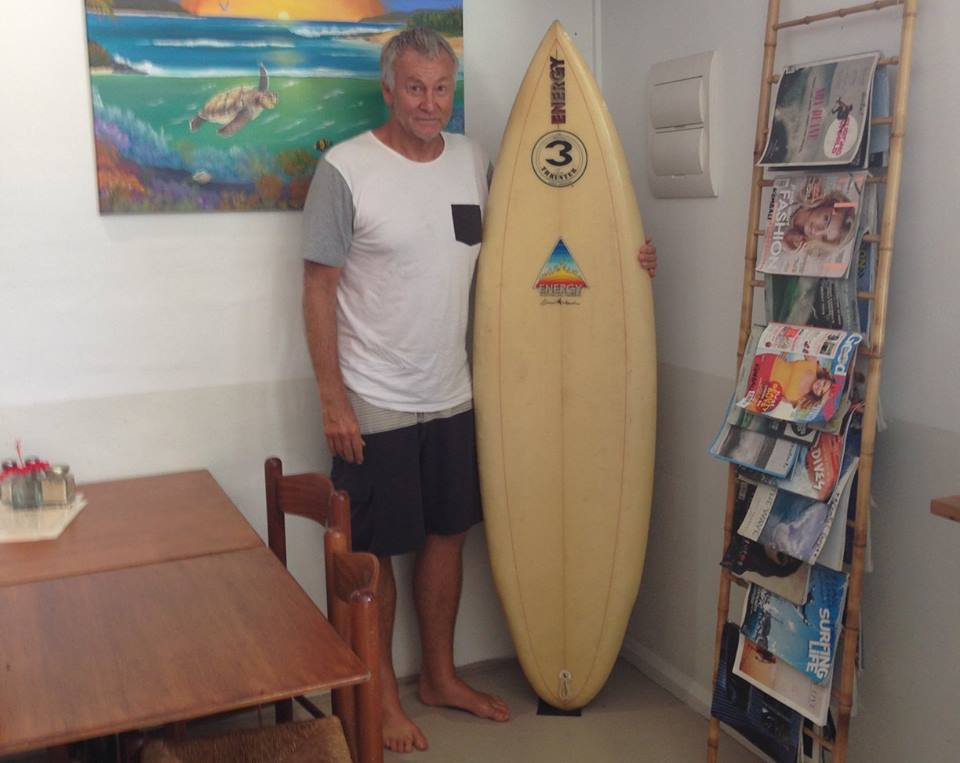 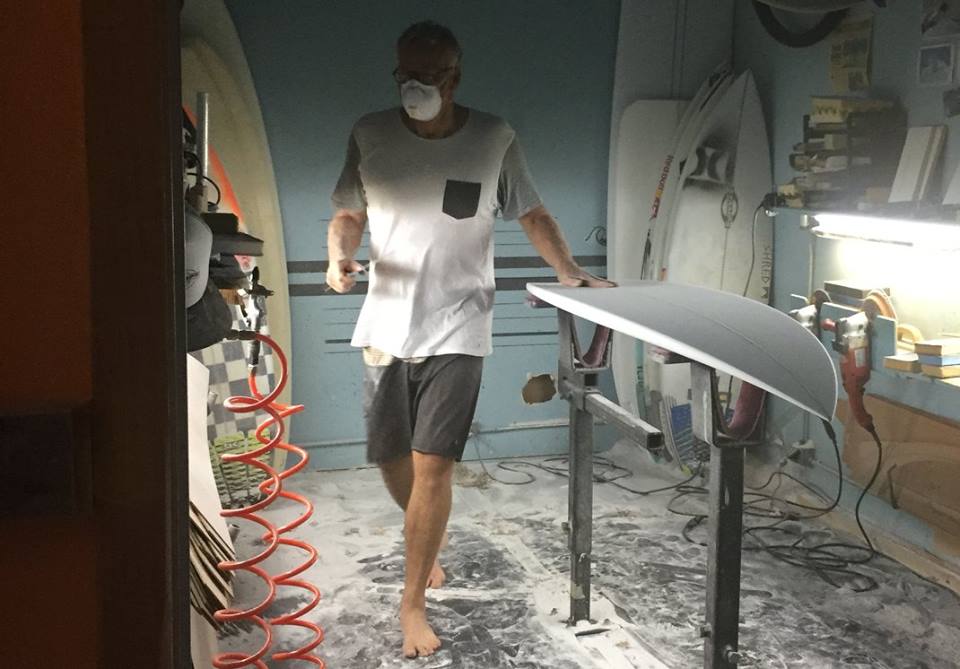 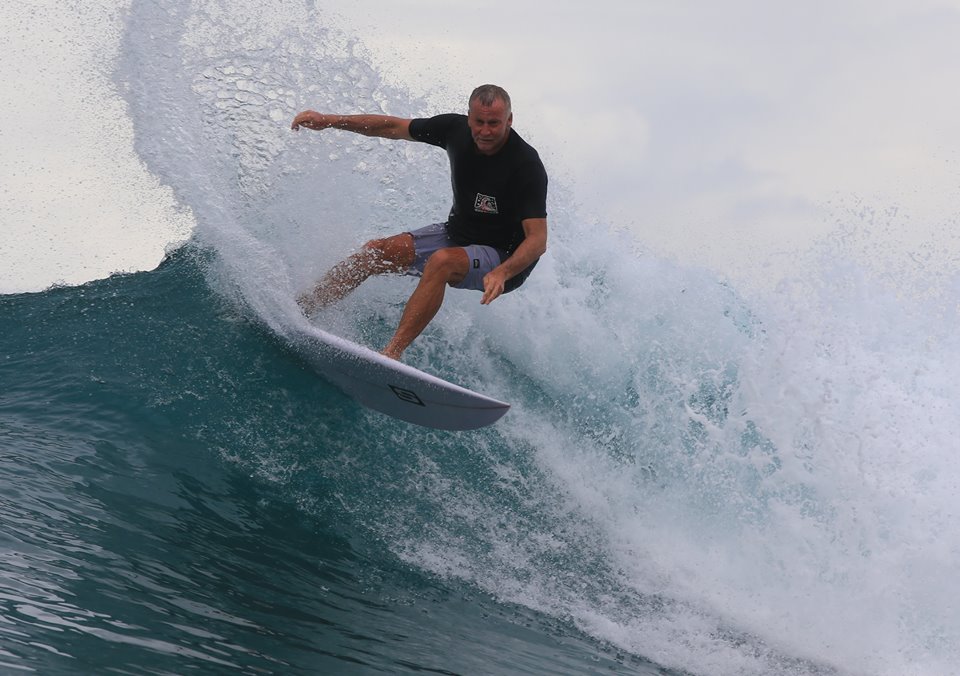 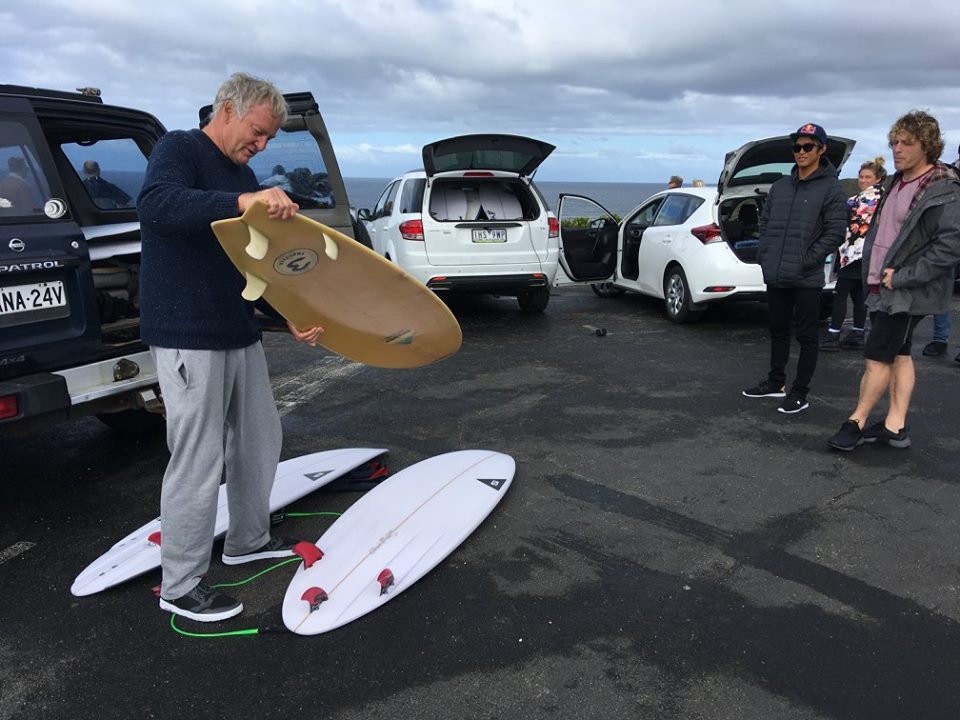 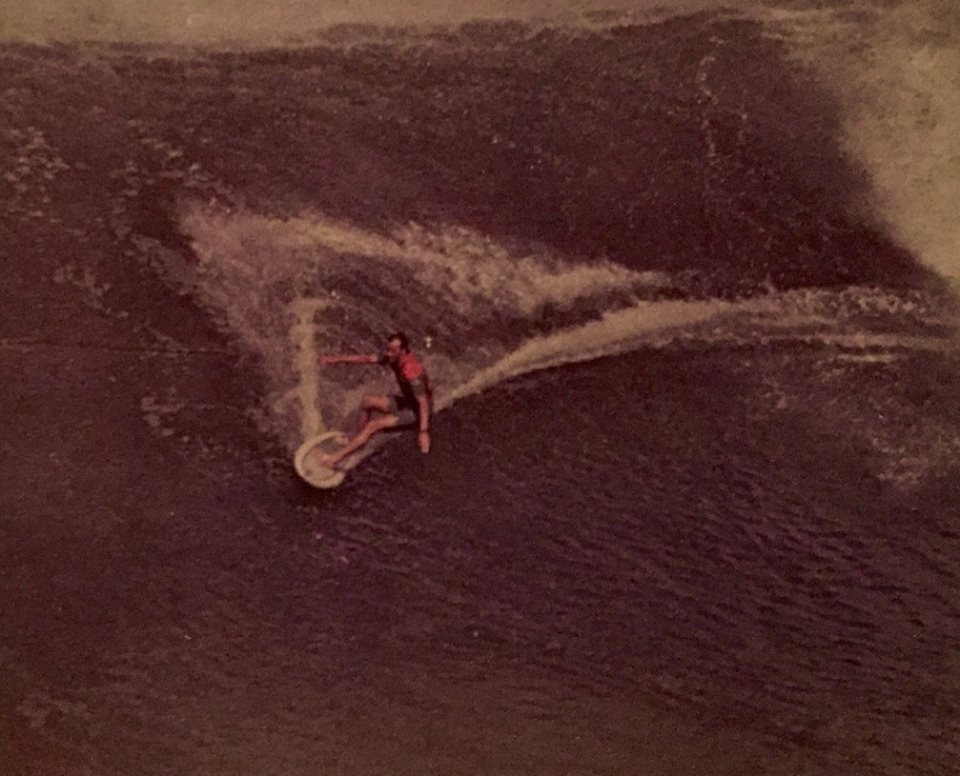 Which surfer had the biggest impact on your shaping?
Frank Latta and myself.

Which is the best board you have ever shaped back in the days? Who for?
I have shaped a few landmark boards for myself for the North Shore and boards that won contests again for myself, Kelly Slater and Andy Irons. Probably the most famous is my 81 Bells 6’6 Thruster.

Which was the most important era for you?
70’s and 80’s was when I did my best surfing.

Who is your favorite surfer from the 60’s-90’s and why?
Hard question probably Shaun Tomson for the great surfing he did in 1977 on the World Tour and his surfing in the barrel at Pipeline and Off The Wall.

Who is your favorite shaper from the 60’s-90’s and why?
Hard question I have many Wayne Lynch, Frank Latta, Geoff McCoy, Terry Fitzgerald, Rusty, Al Merrick, Al Byrne, Garry MacNabb etc…

Last words:
Surf more shape less but keep improving your shaping at least even though your eye sight dims.