Sam Cole started collecting unknowingly with the first surfboard he bought in the early 90’s… 25 years later, on a flat rainy day, he started together with his girlfriend “The Single Fin Collective” where he shares his passion for vintage boards as well as illustration, screen printing and graphic design…

Who are you? Where are you living?
Sam Cole / Cornwall, UK

When and how did you start collecting?
I guess it ultimately goes back to my first ever surfboard, which these days is classed as vintage (early 80s). Many years after buying that board second-hand, I started looking into the history of the board, and found a whole community of UK collectors. It really got me into the whole scene, knowing that there were so many other people out there looking for these old boards.

Which was the first board of your collection?
My first vintage board was actually my first ever surfboard, which I found for under £5 in a charity shop in my hometown (Southampton, nowhere near any good surf!). It was an old BILBO twin fin (one of the classic UK surf companies), and a team board for a sponsored rider back in the 80s. I picked it up as a teenager in the mid-90s and never looked back. Years later, that £5 bargain cost me hundreds of pounds in buying more vintage boards. I was hooked before I knew what was going on!

How many boards do you have?
Not that many compared to some collectors. Something like 20 vintage boards I think, and then 5 or 6 ‘modern’ boards. I’ve had to stop buying boards for the moment as I look for somewhere to store them all.

Which is now your most preferred board?
That’s a difficult one to answer. I guess it should always be my Bilbo twin fin (being my first ever board), but from a condition point of view it would be my CREAMED HONEY, shaped in North Devon. It’s in absolutely mind condition! 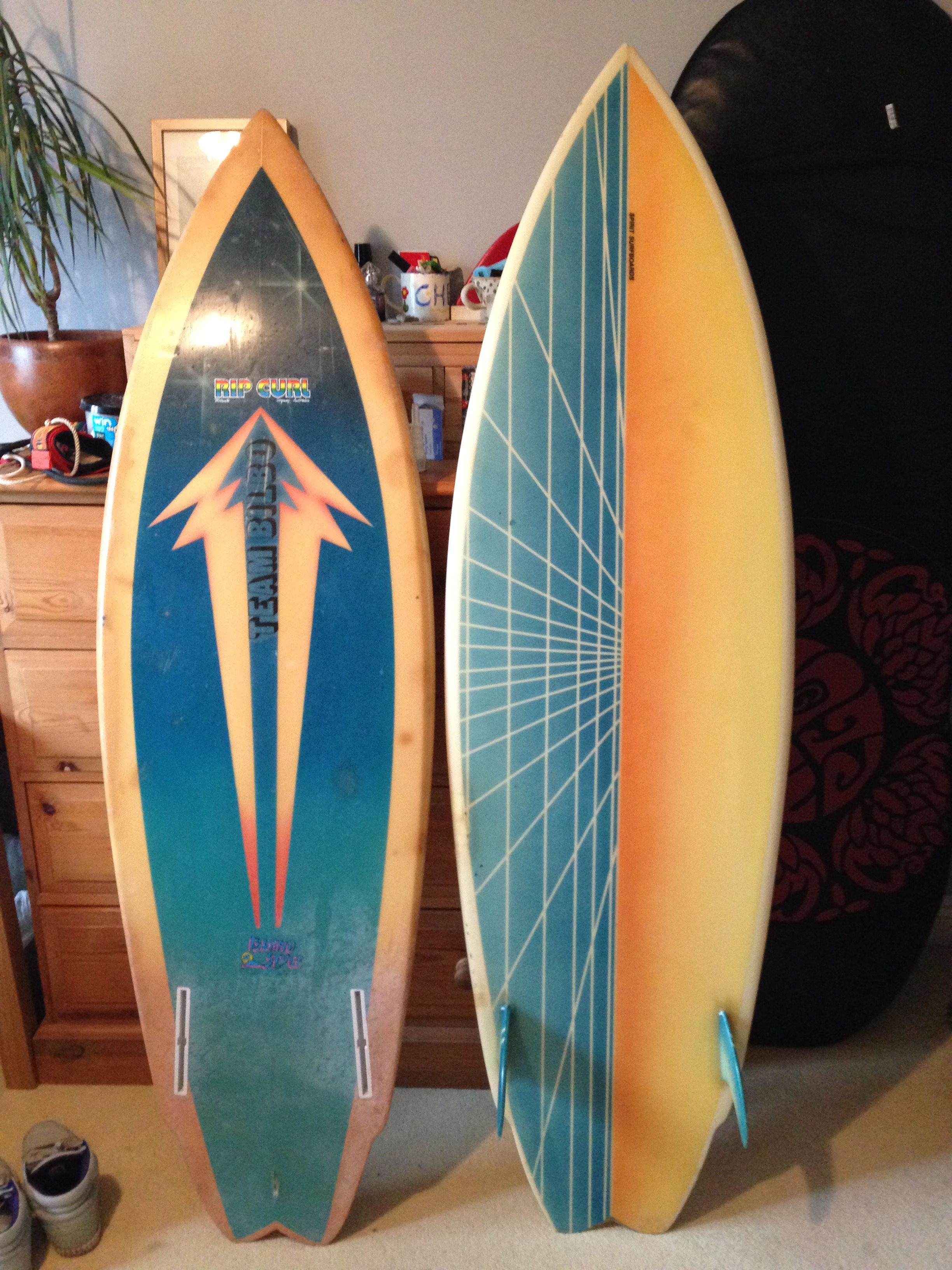 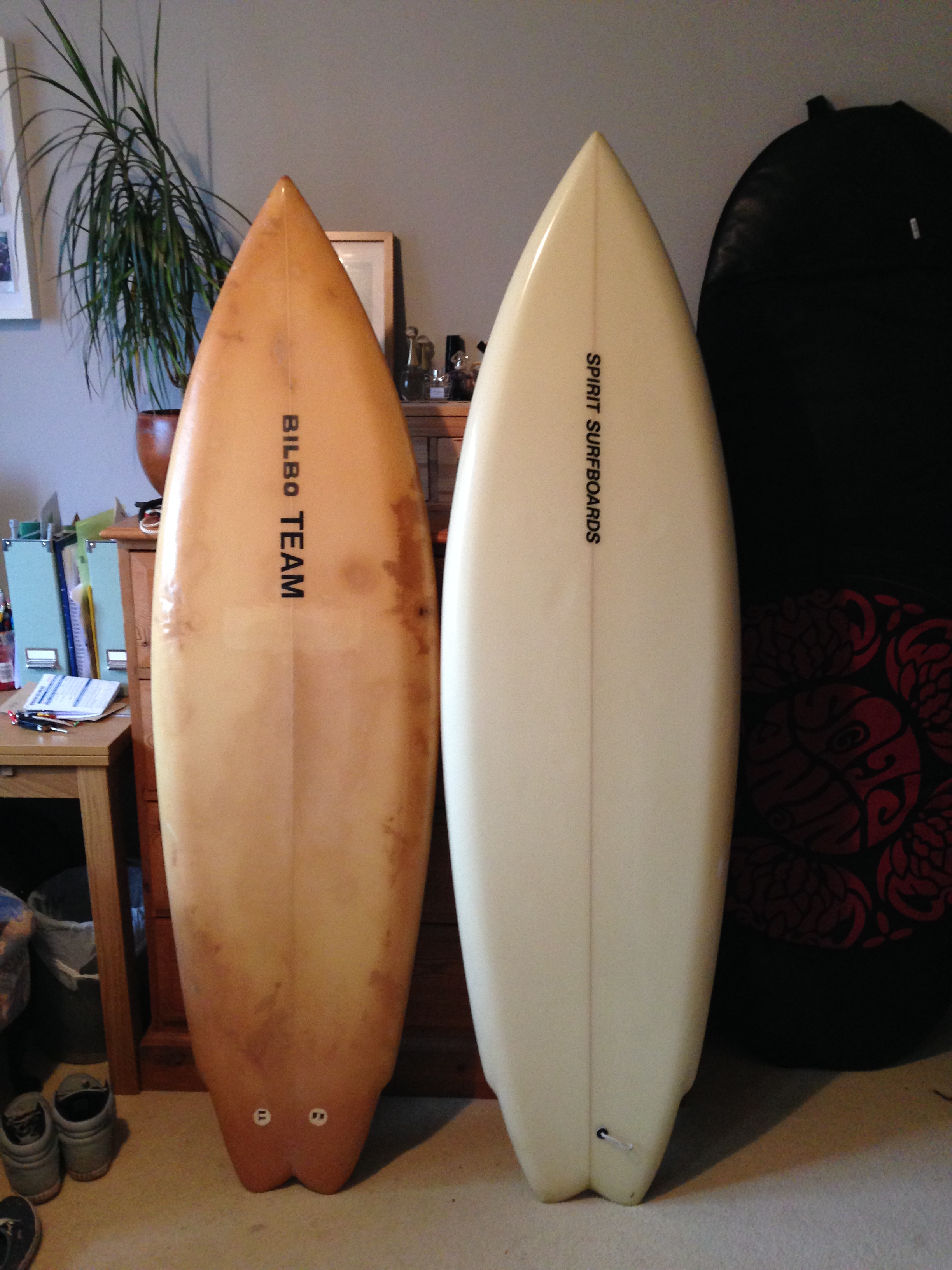 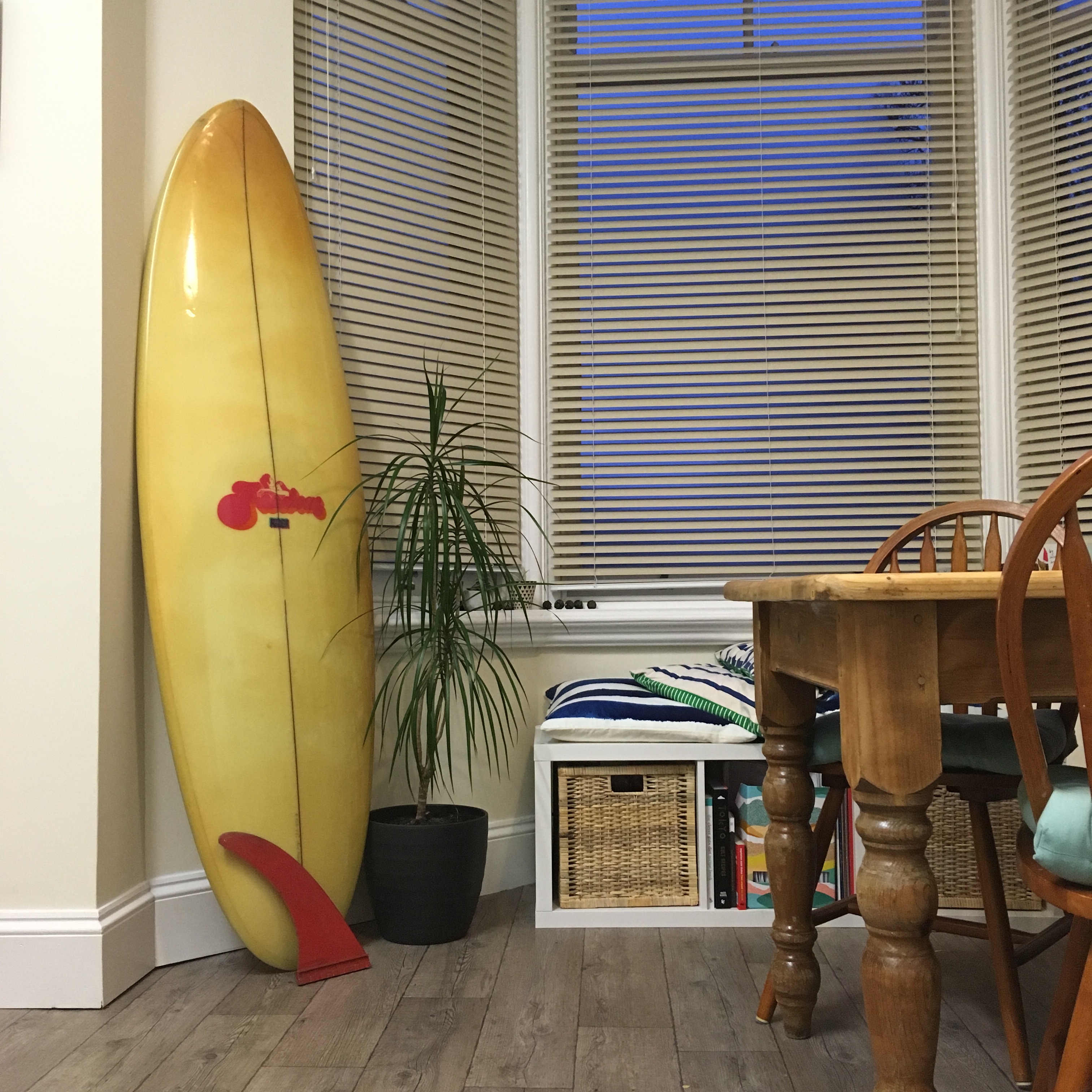 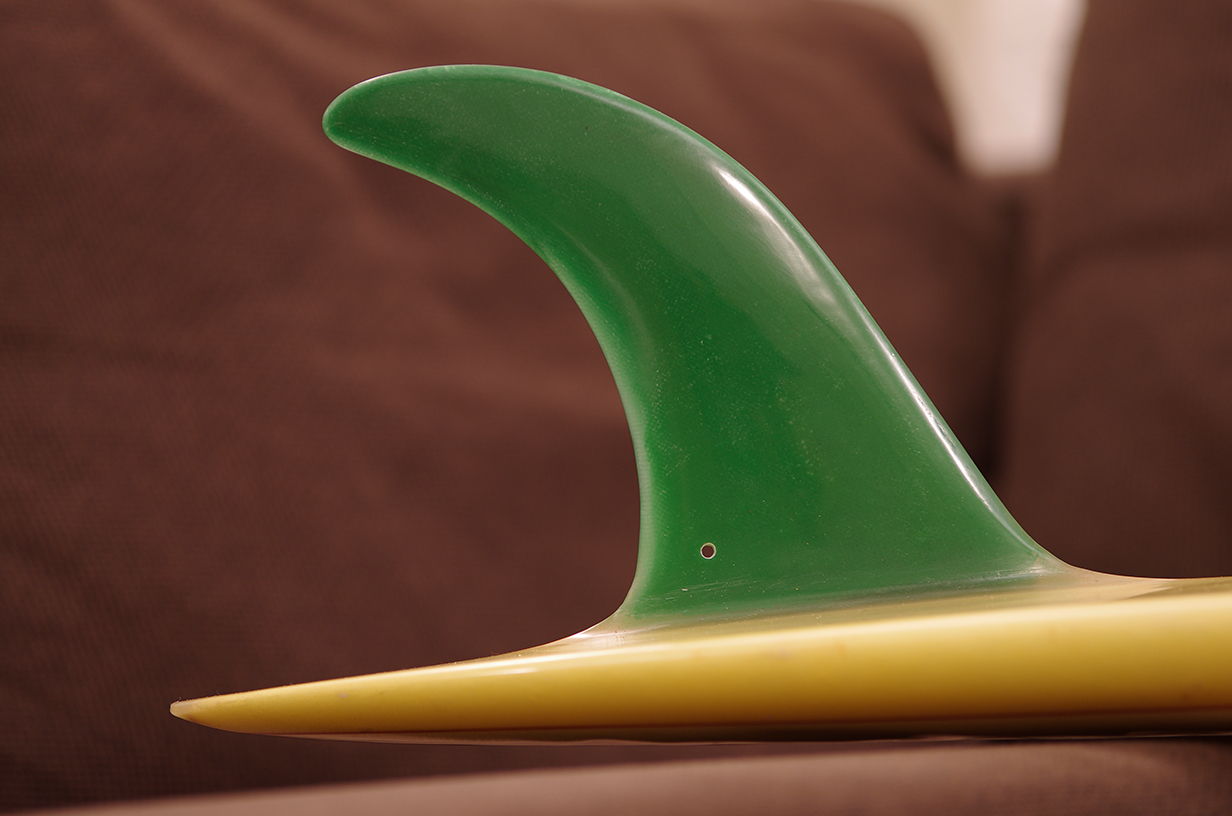 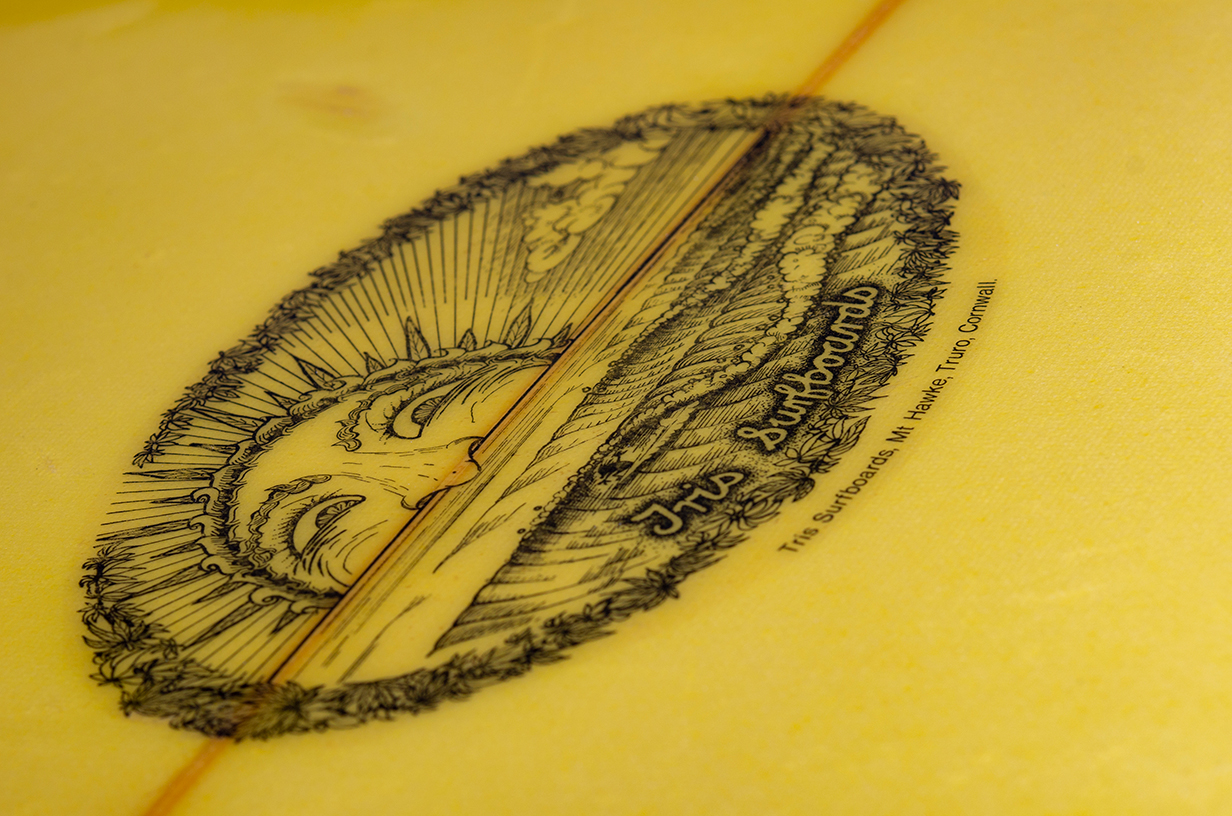 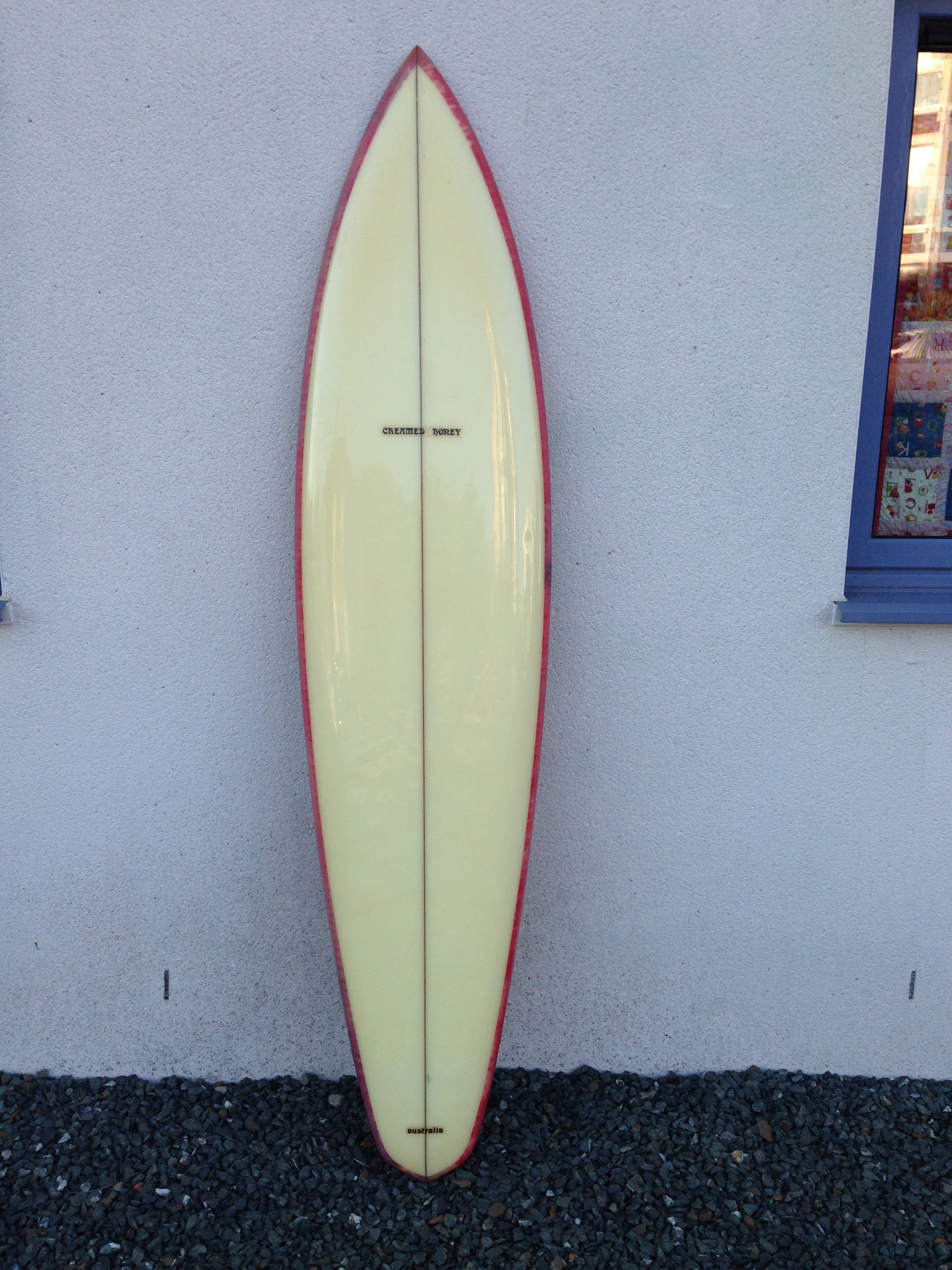 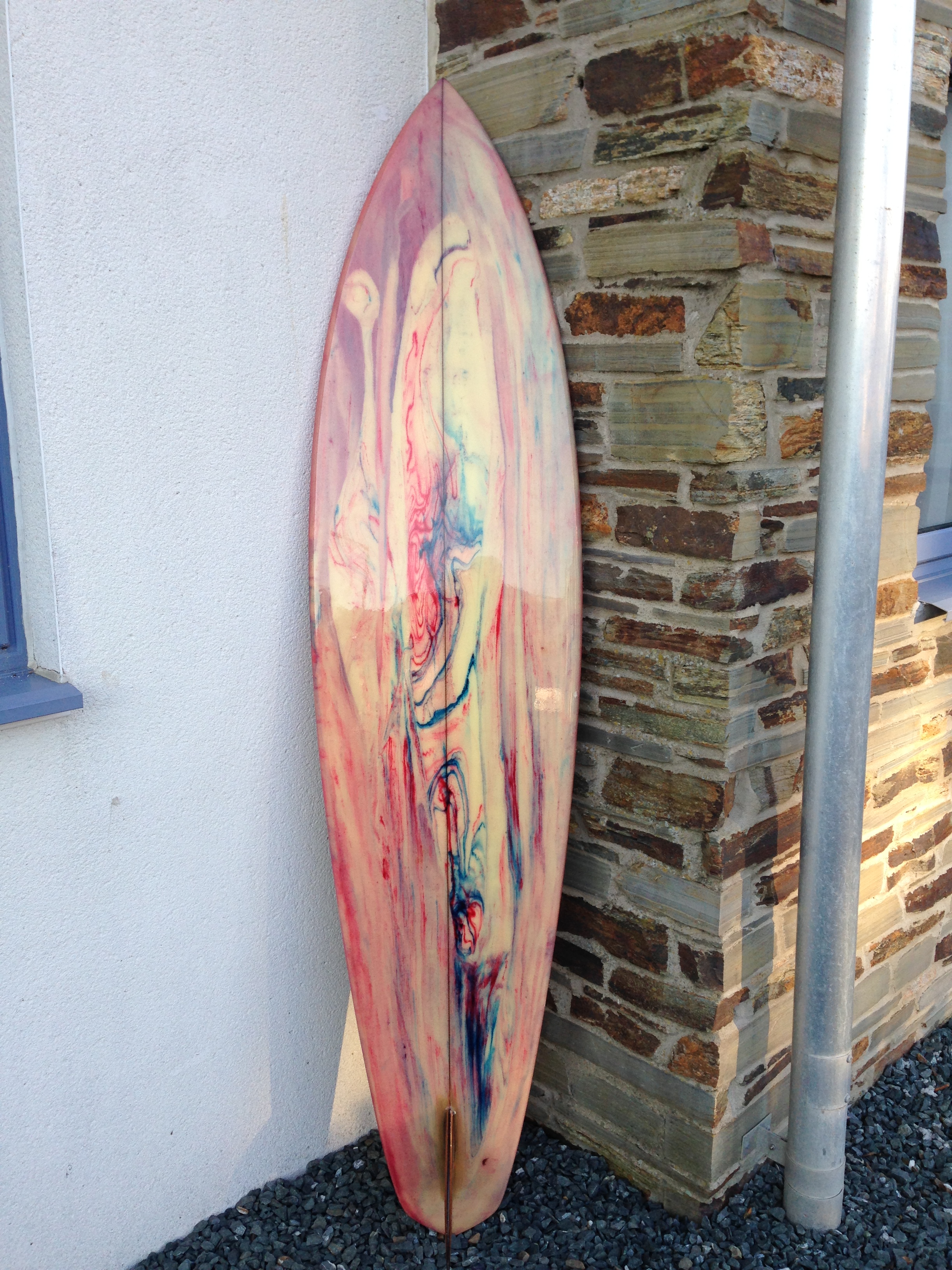 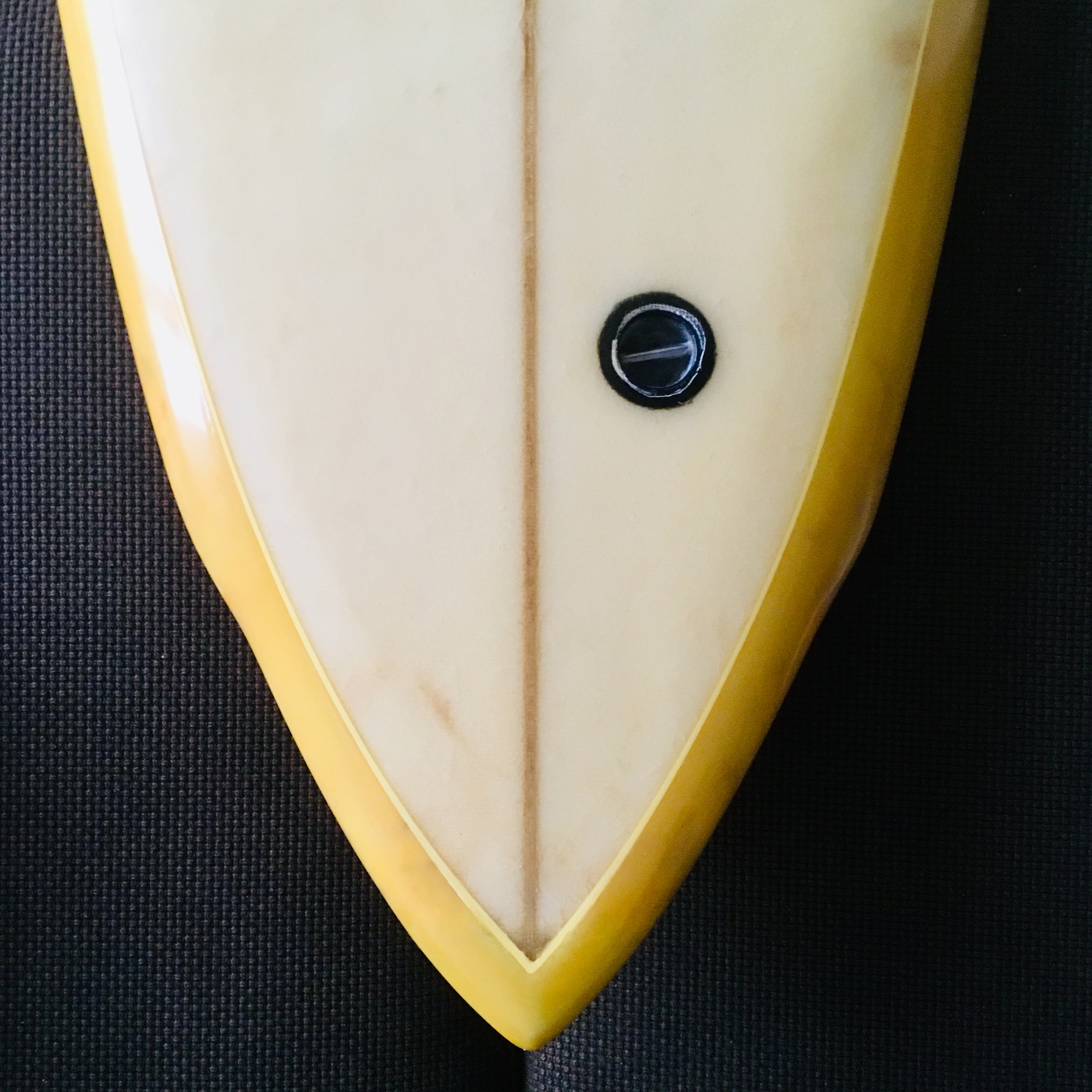 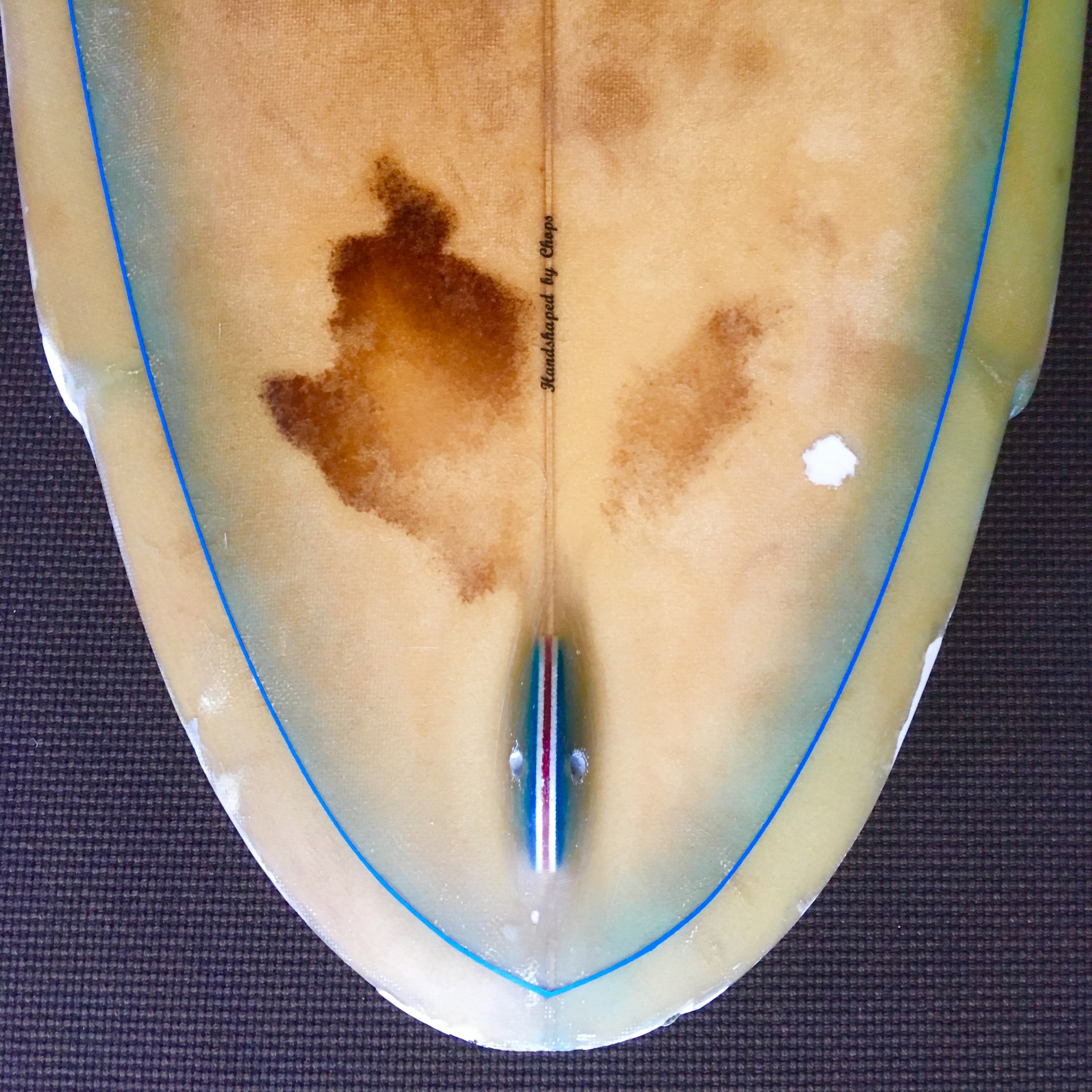 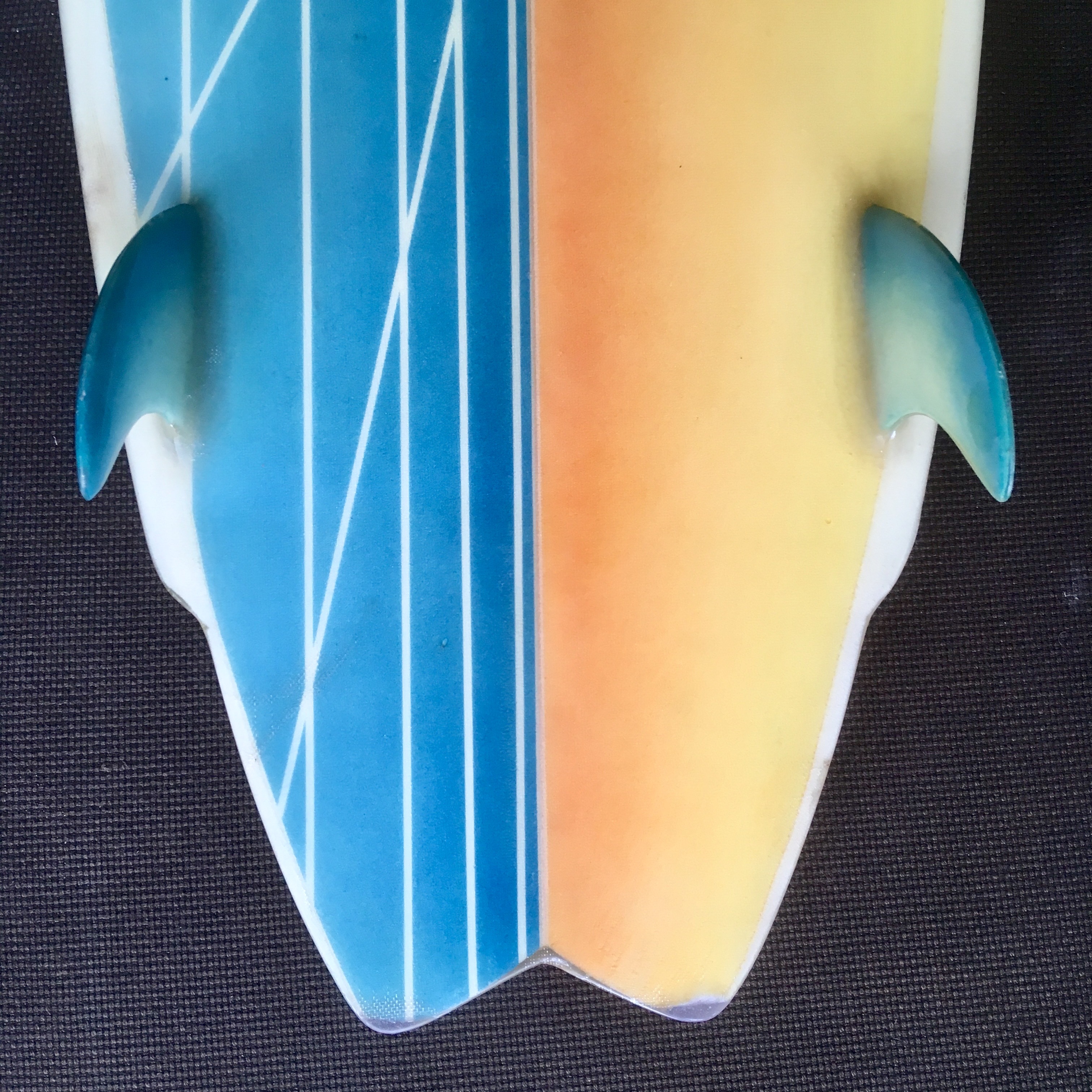 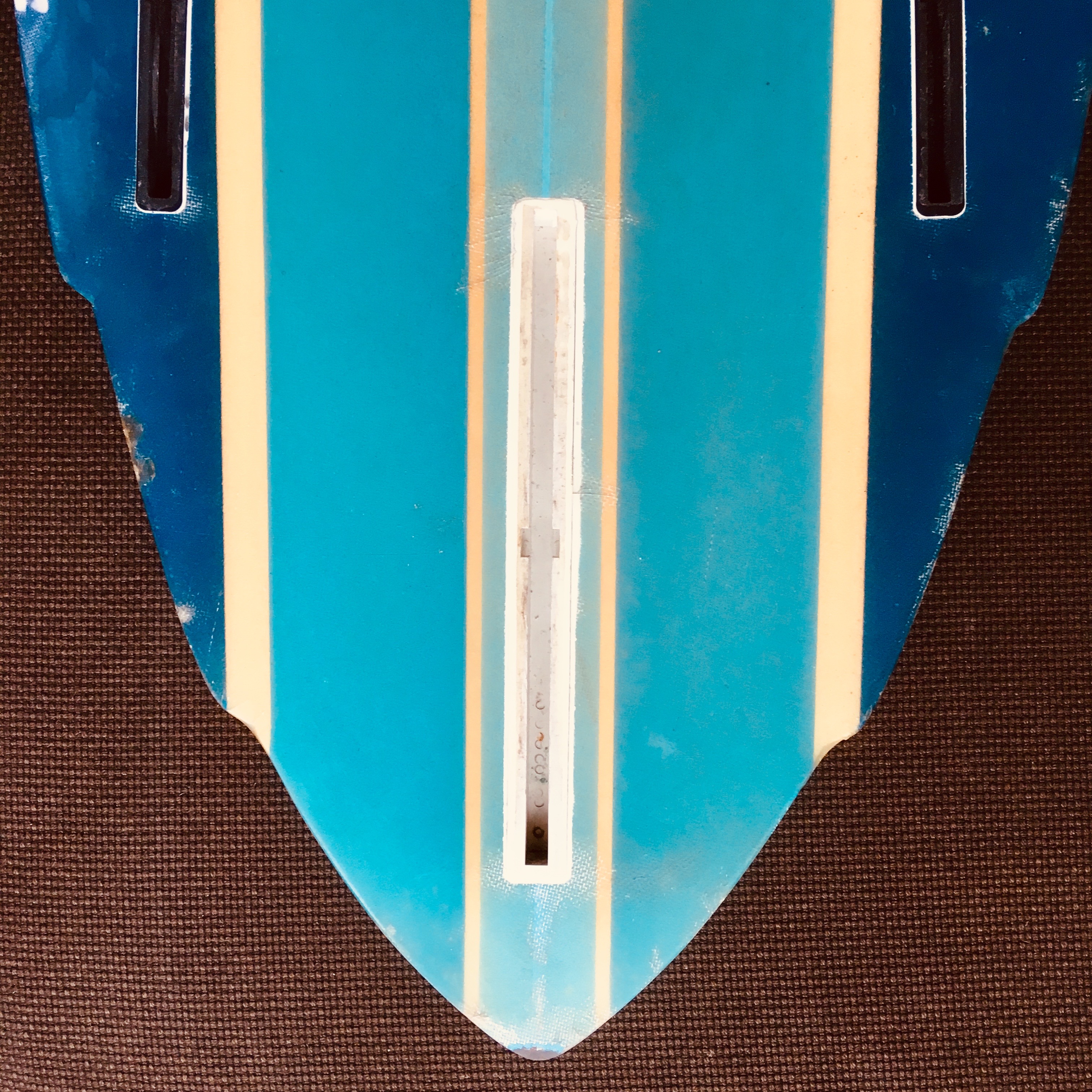 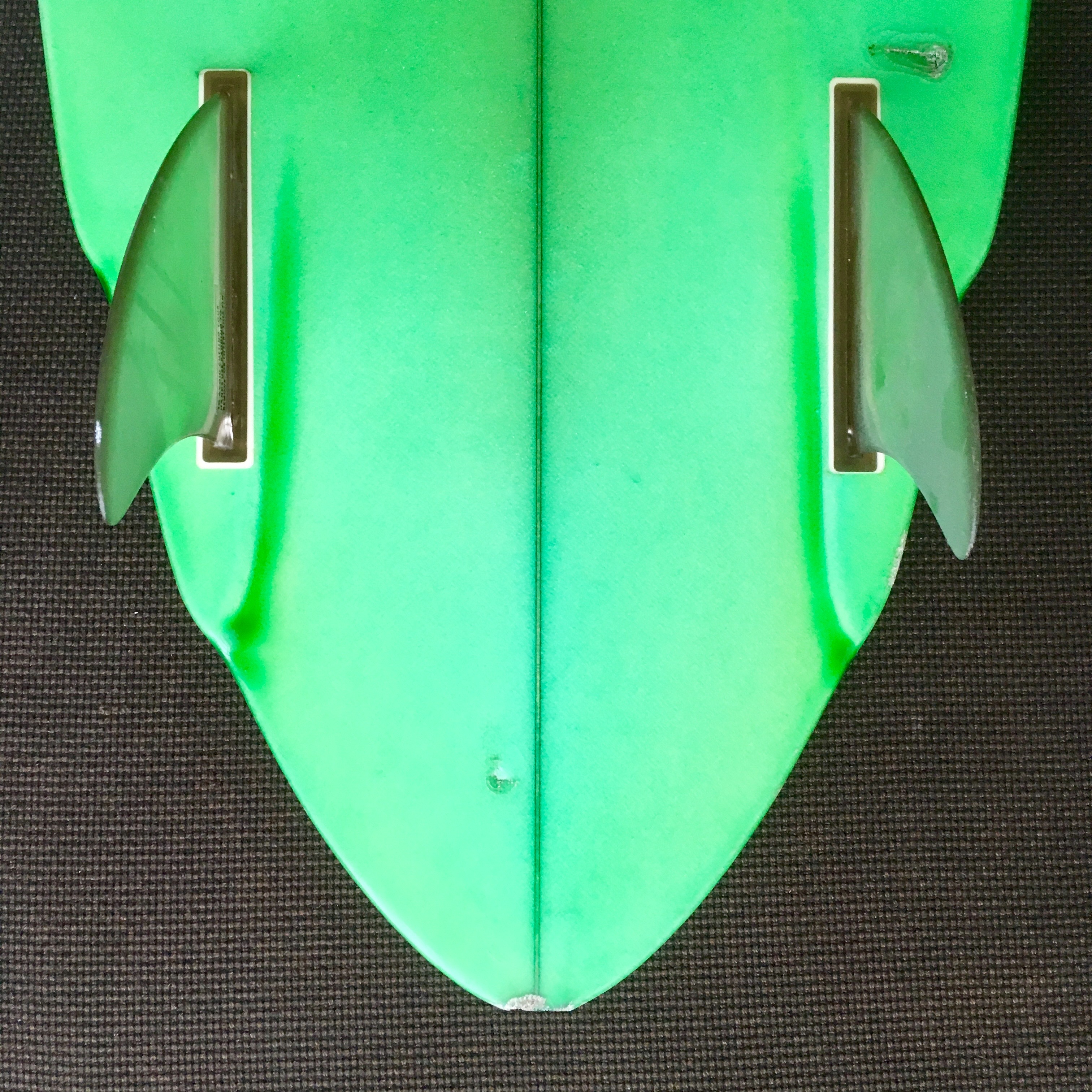 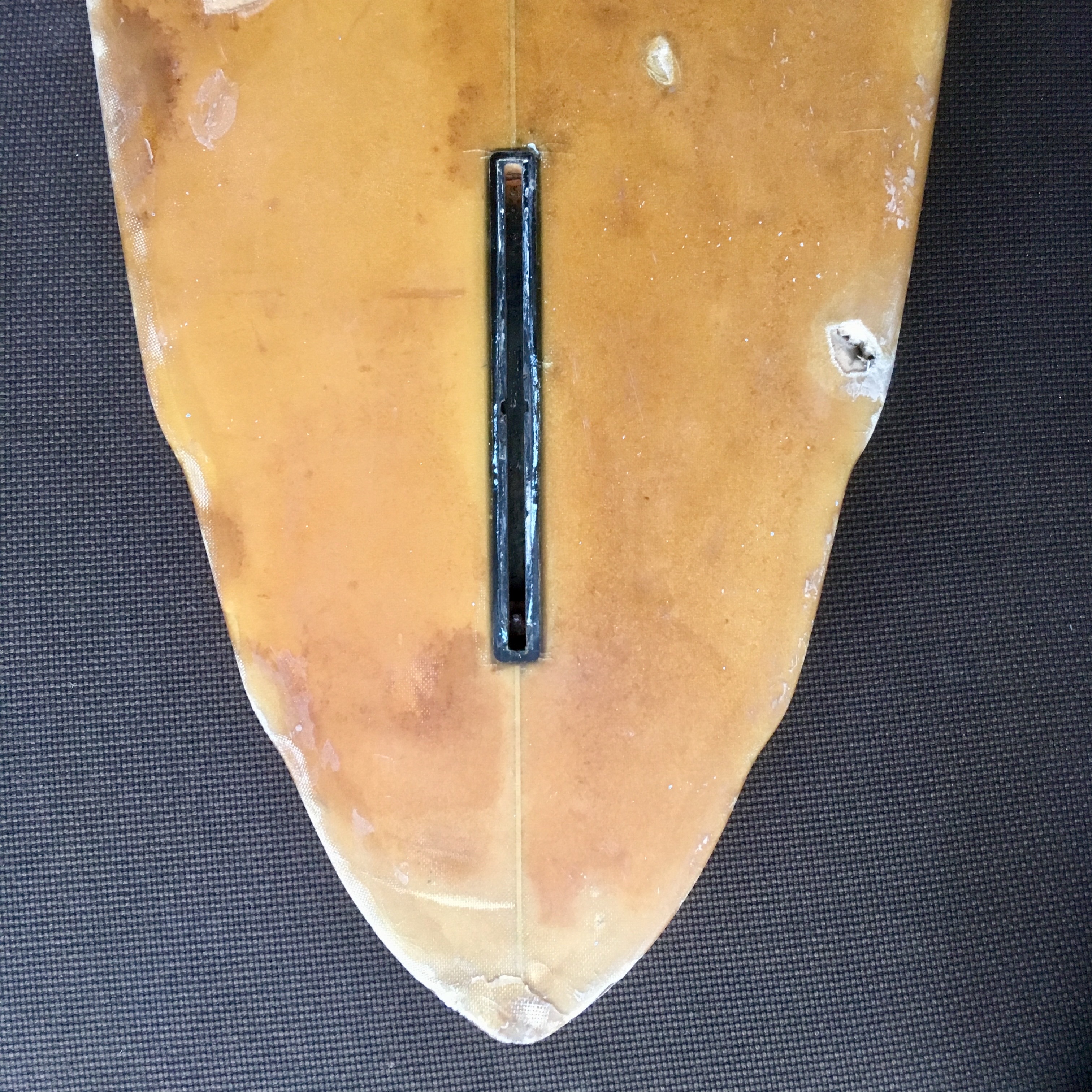 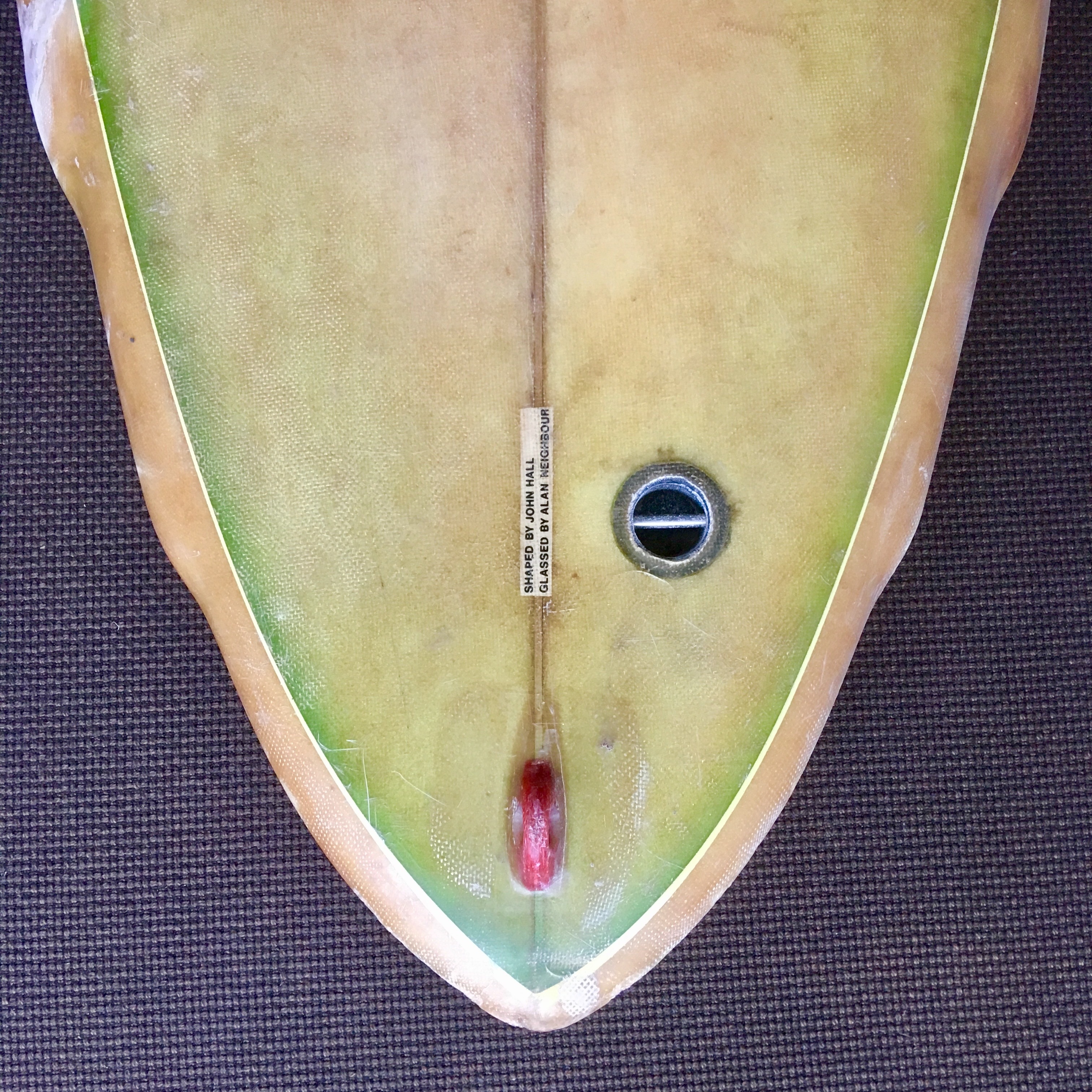 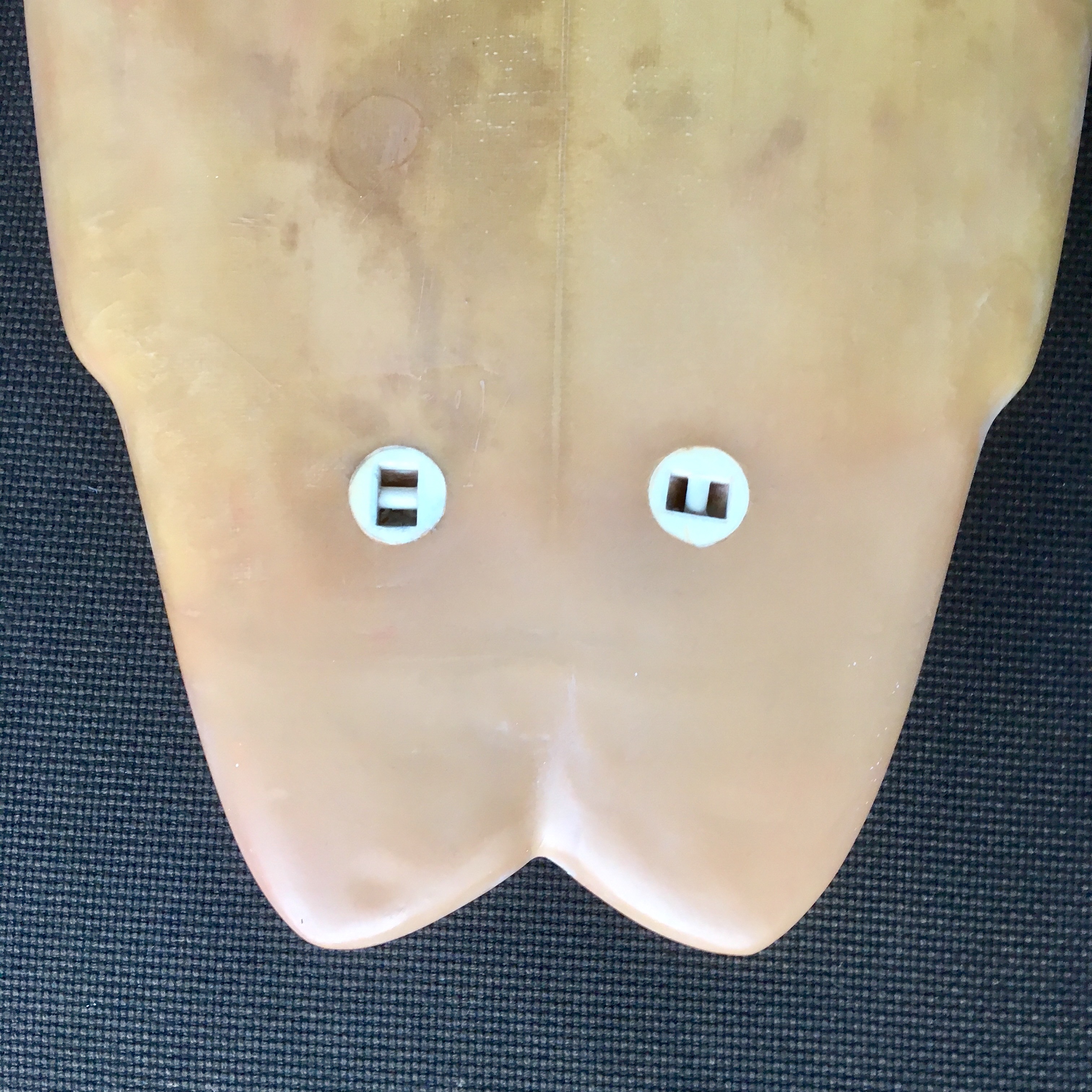 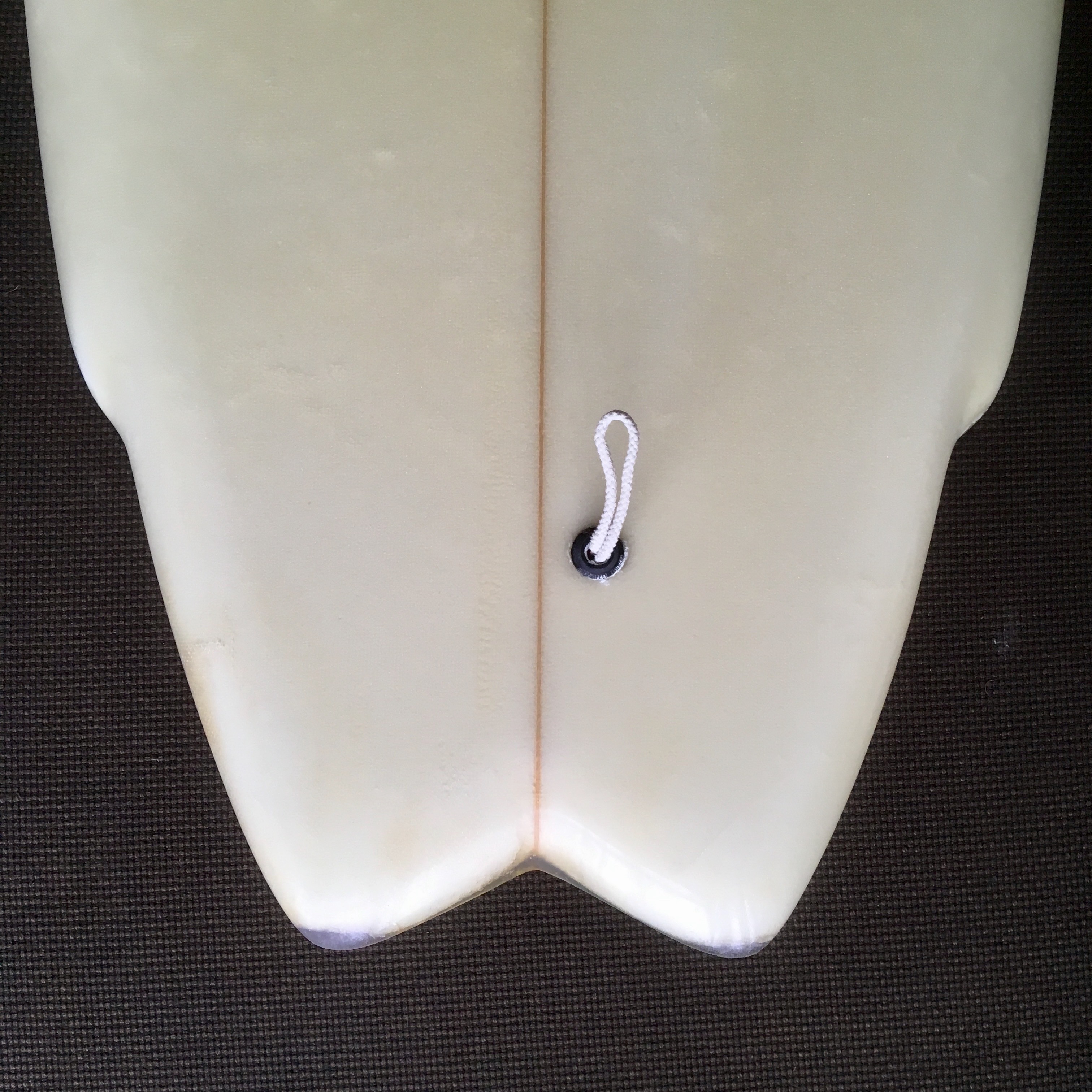 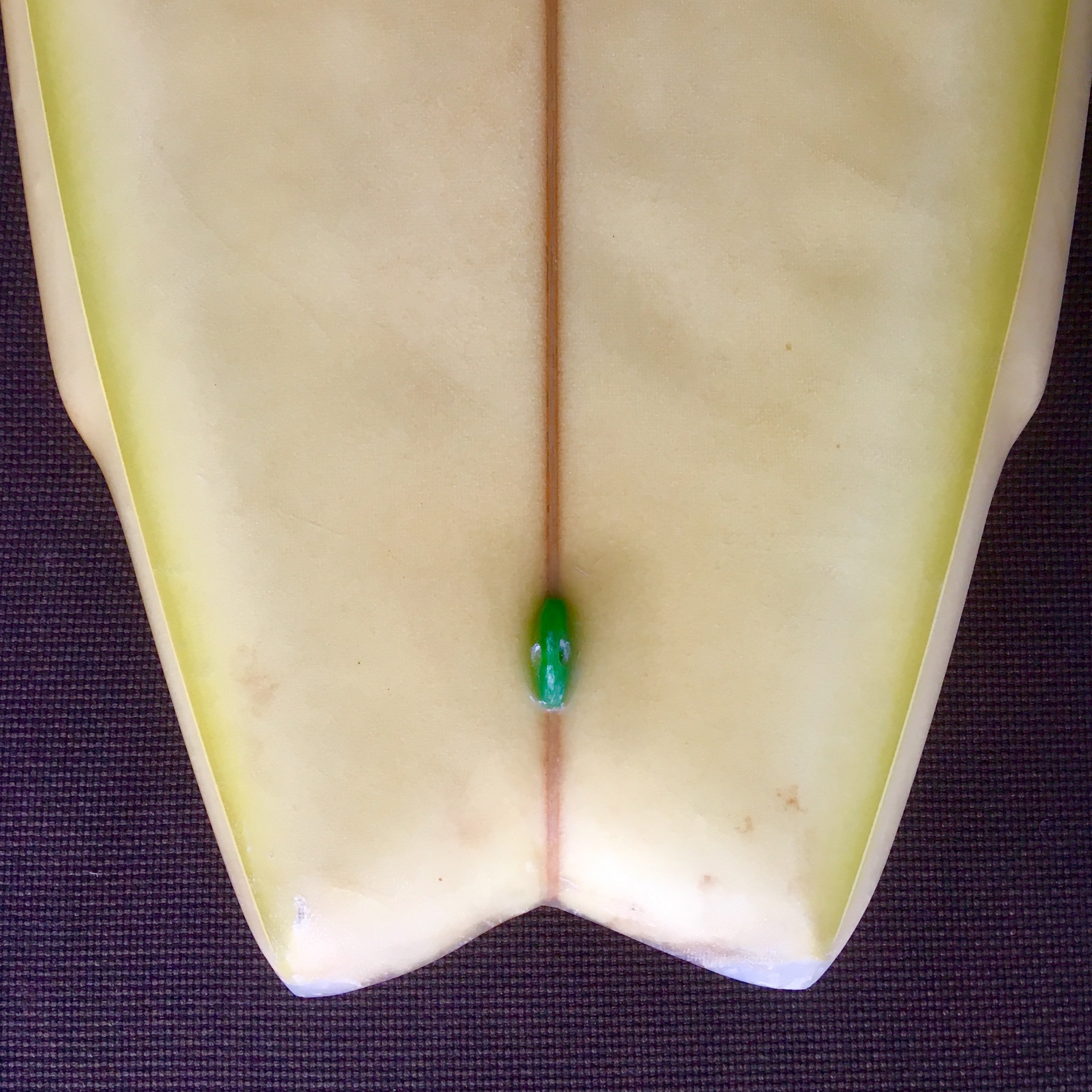 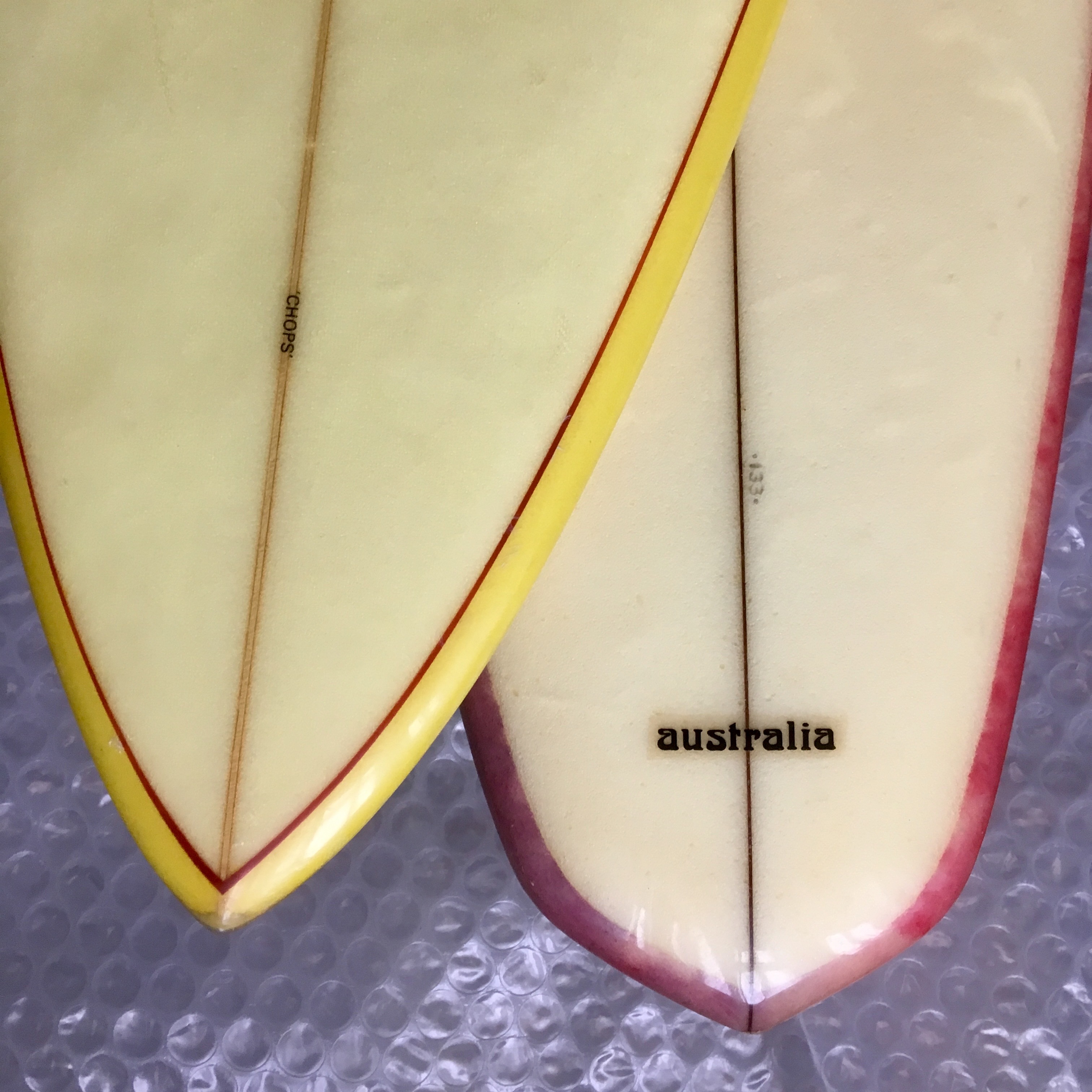 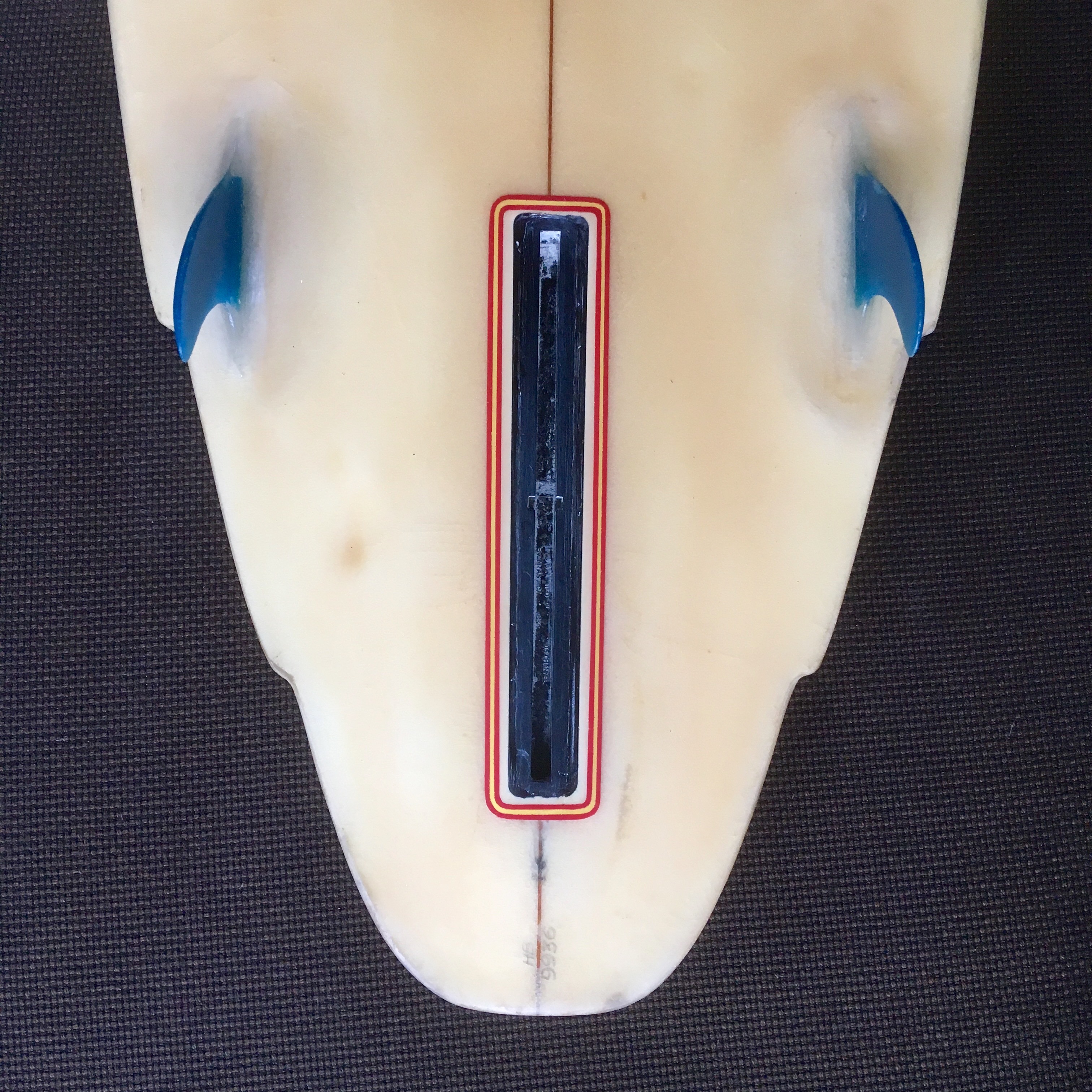 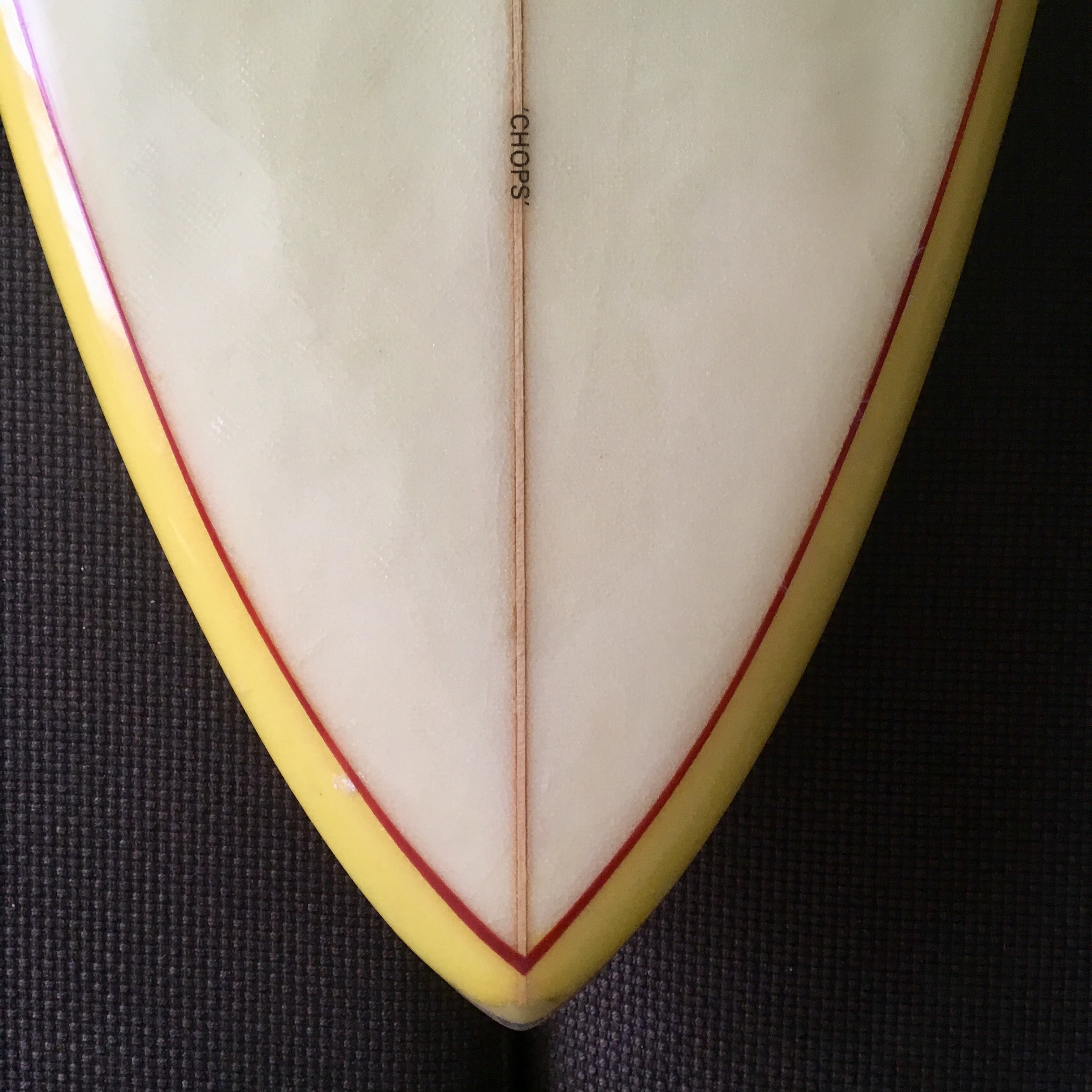 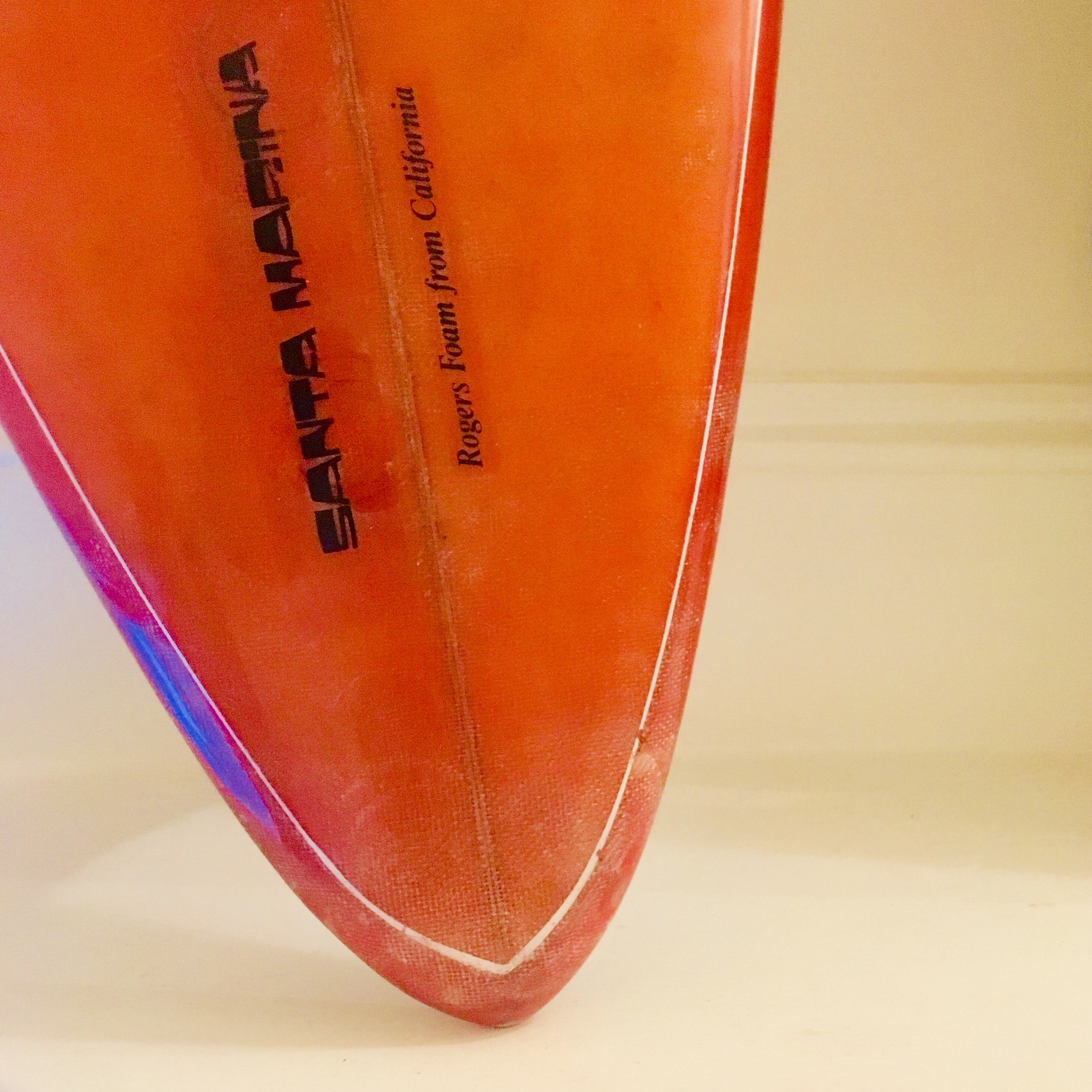 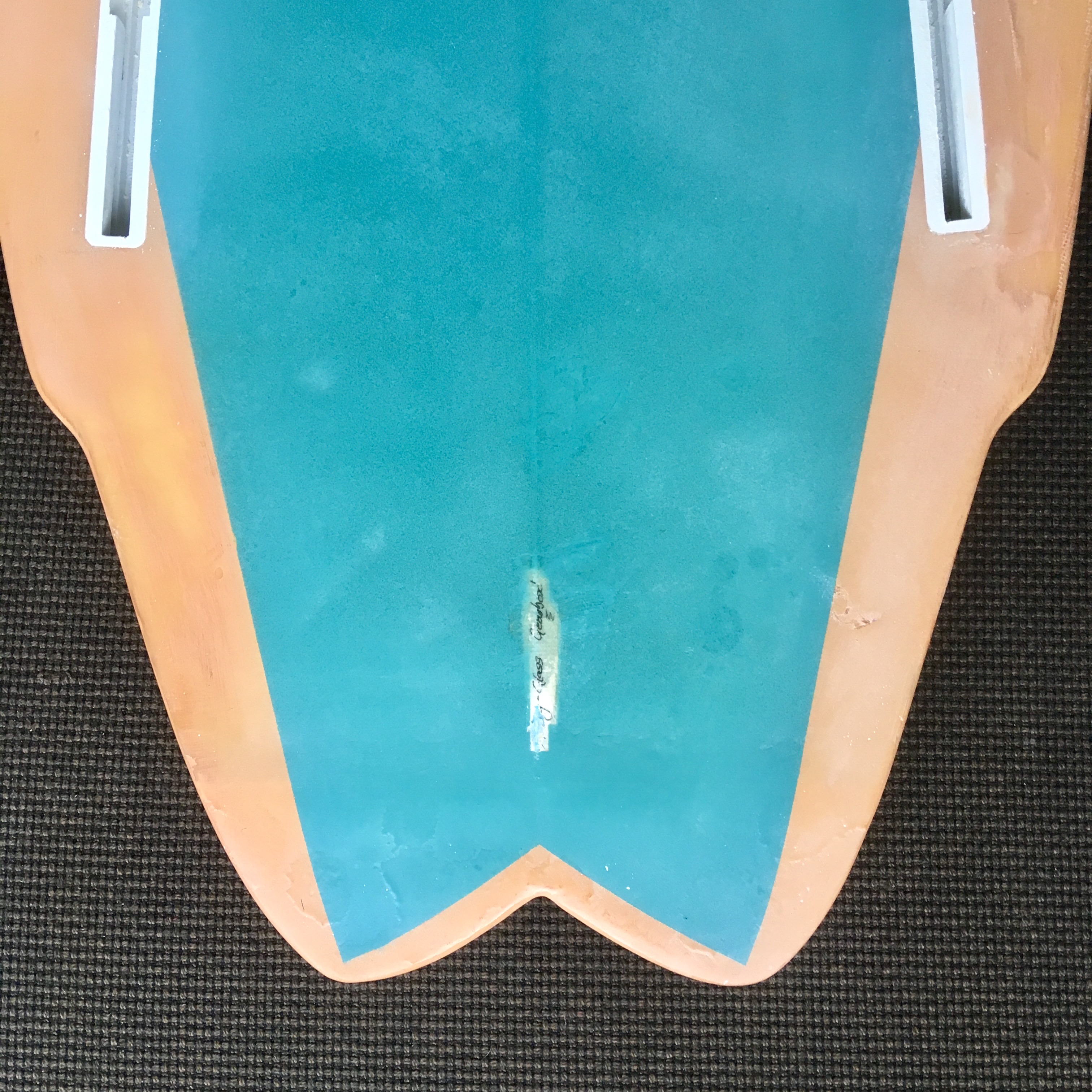 Are you surfing your vintage boards?
Generally, no. I’ve surfed two of them, my BILBO, and another twinny shaped in Wales, a “SPIRIT” shaped by Paul Ryder. Most of the others either need work doing to make them watertight, or are just not worth taking out in the crowded waves here in the UK.

Which one do you like to surf most?
I’m going to answer this as which one would I like to surf the most, and that’s without question the pin-tail TRIS. TRIS boards in good condition are really sought after, and mine is such a nice shape. I’m kind of waiting for the right day to paddle out on it!

Who is your favorite surfer from the 60’s-90’s and why?
Easy one to answer, Johnny Utah! Kidding, still an easy one to answer though and has to be the GOAT, Kelly Slater. He was in ALL the mags ALL the time when I was getting into surfing in the early 90s, so it’s kind of hard not to choose him.

Who is your favorite shaper from the 60’s-90’s and why?
I guess I’m going to go for another boring answer here and say Gerry Lopez. Just because I’ve always dreamed of having a LIGHTNING BOLT (who doesn’t), and Gerry Lopez is obviously the main man.

Where can we see your boards?
Either on The Vintage Surfboards UK Facebook group, Instagram (along with my artwork, some of which is inspired by the history of surfing), and my website. I can also usually be found at the Vintage Surf meets in the South West of the UK, which tend to happen in June (Newquay, Cornwall) and September (Braunton, North Devon).

Last words:
My advice to anyone thinking of getting into collecting board: DON’T DO IT, it’s an absolute addiction which leaves you with little money and even less space!