As a pilot, Fred from Biarritz is not only travelling a lot, he also have the possibility to collect surf memorabilities from all the world – that’s what he apparently does…

When and how did you start collecting?
I am collecting since 15+ years. Surfboards and skateboards at the same time.

Which was the first board of your collection?
The first surfboard of my collection was a Preston Murray WAVE TOOLS echo beach twin fin. Cool story about this one: I bought it new in a surf shop in Spain coming back from a surf trip from Mundaka, then sold it to my cousin, then bought it back several years ago from him – the board was sleeping in his cellar.

How many boards do you have?
Too many (my flat is small and there’s no more room), not enough (like any collector there’s always one board missing in your collection). I have sold many and, of course, I regret it a lot. I have 15 boards more or less, and about the double of skateboards. 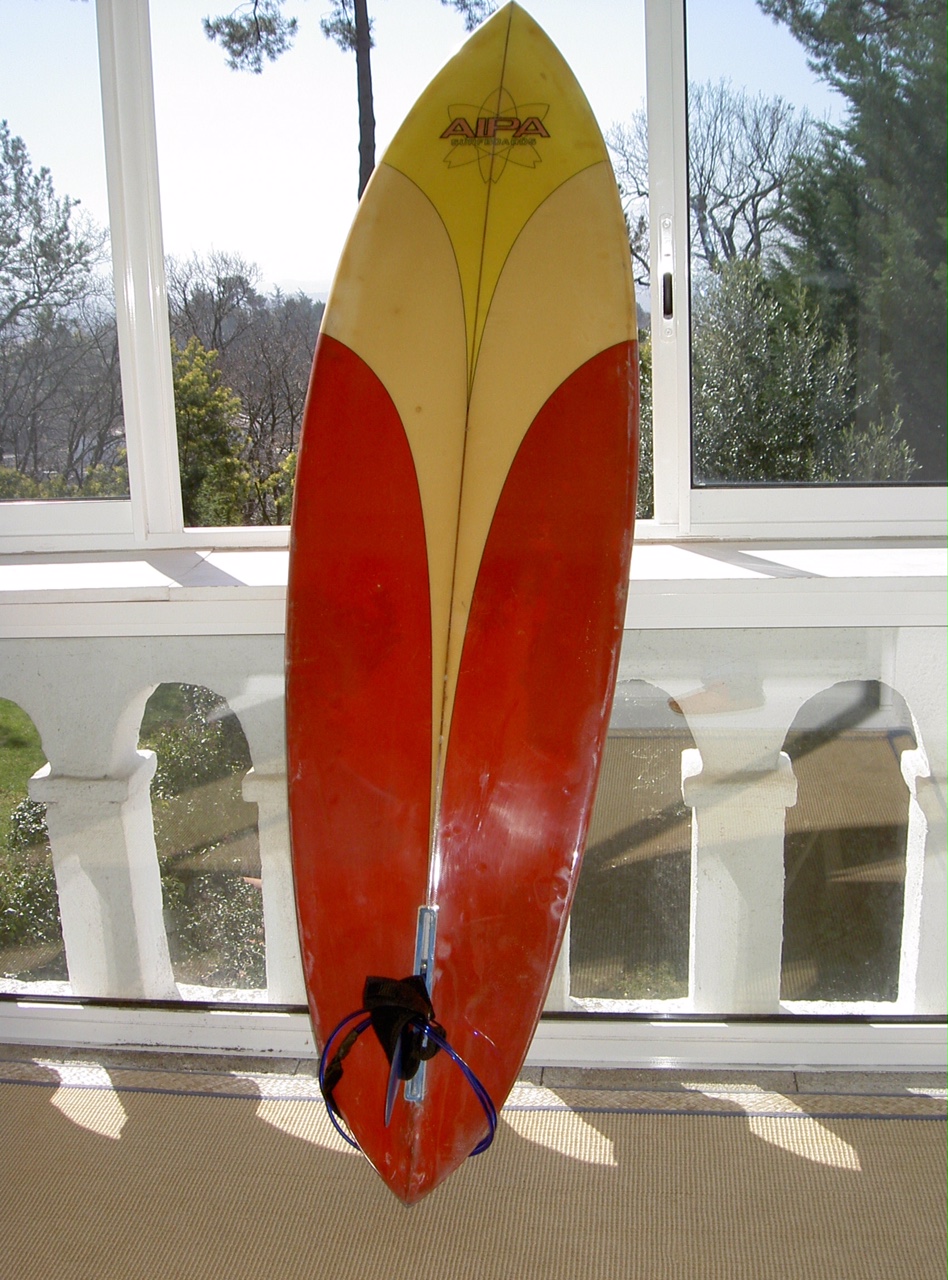 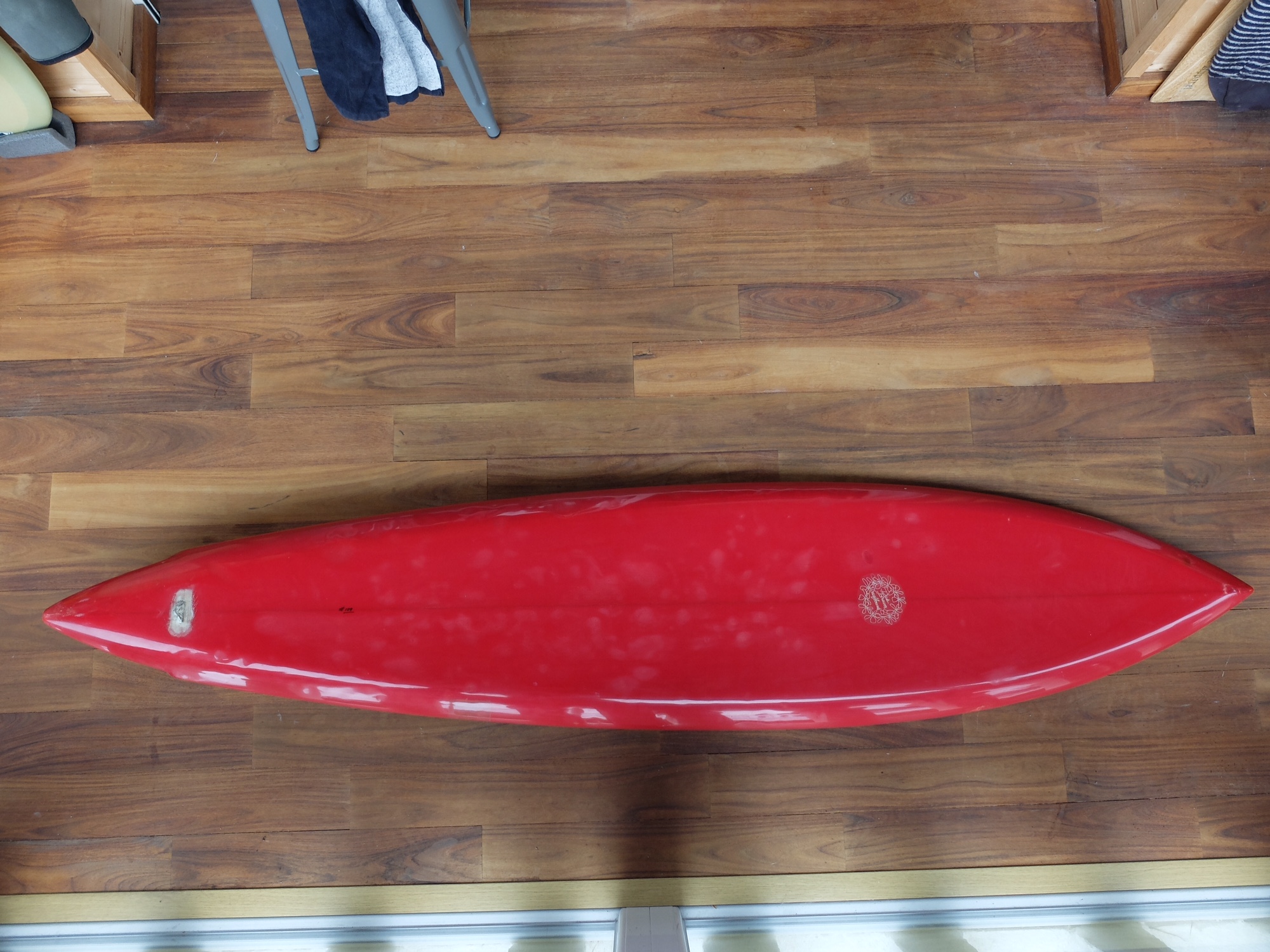 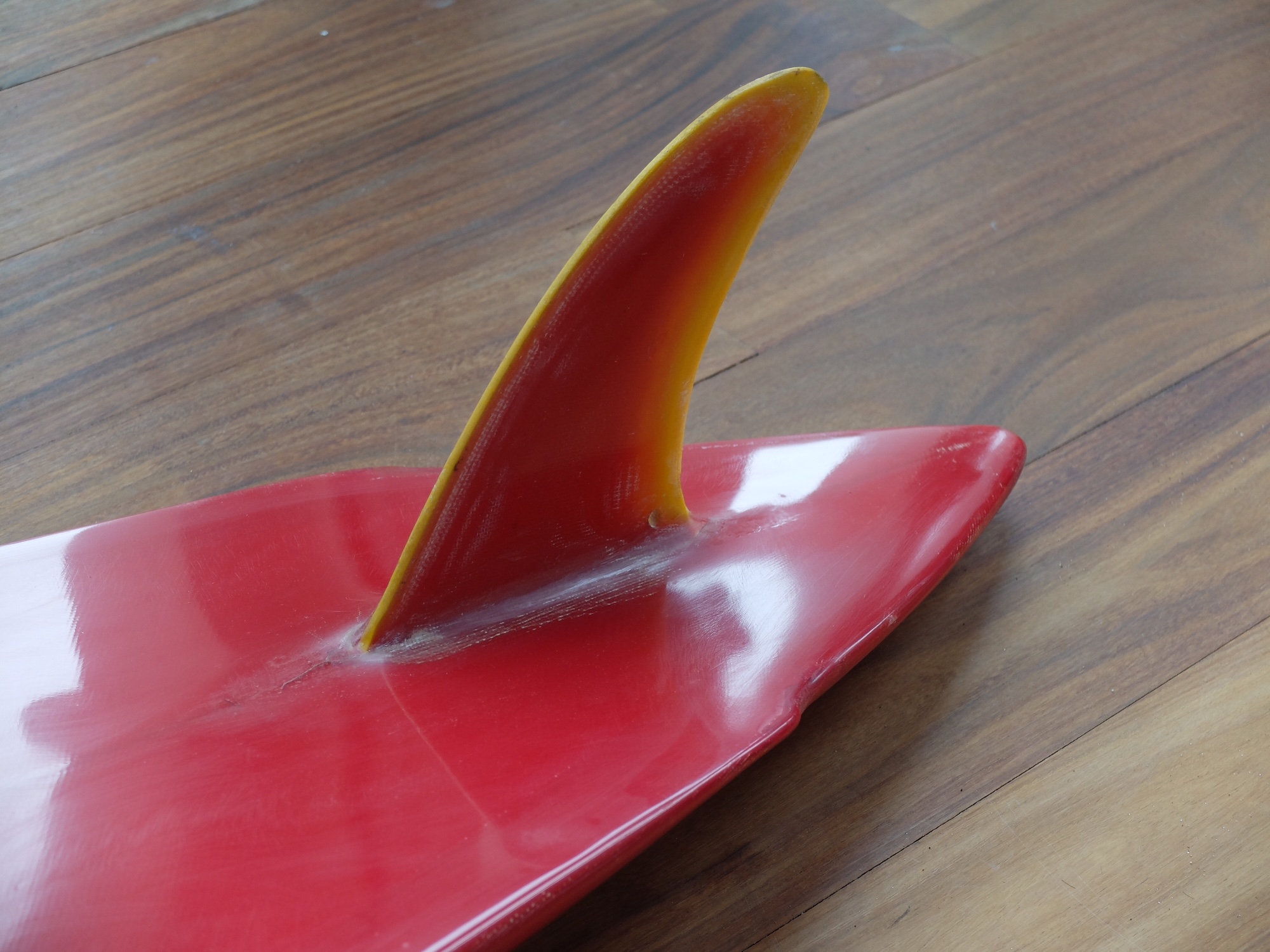 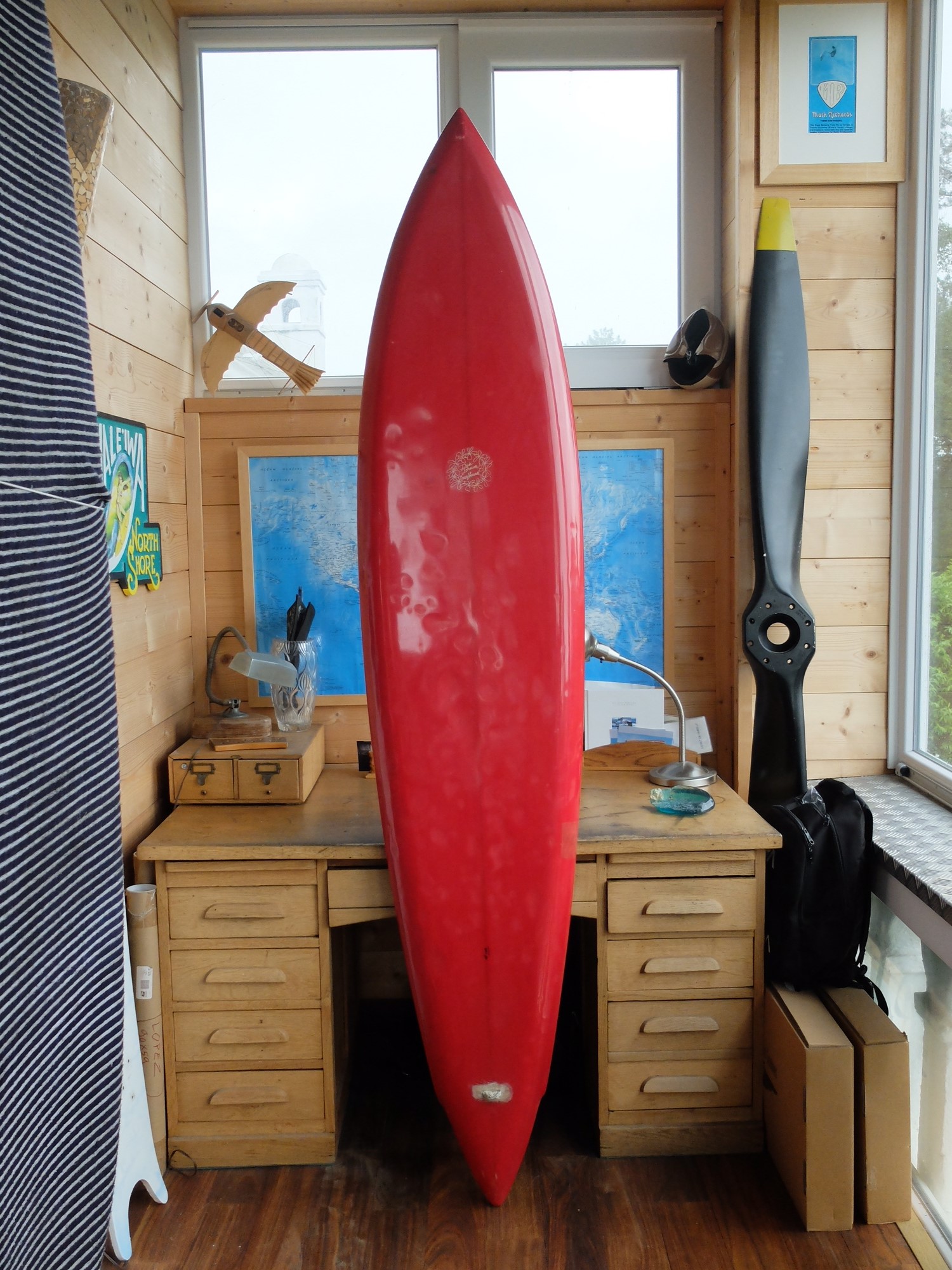 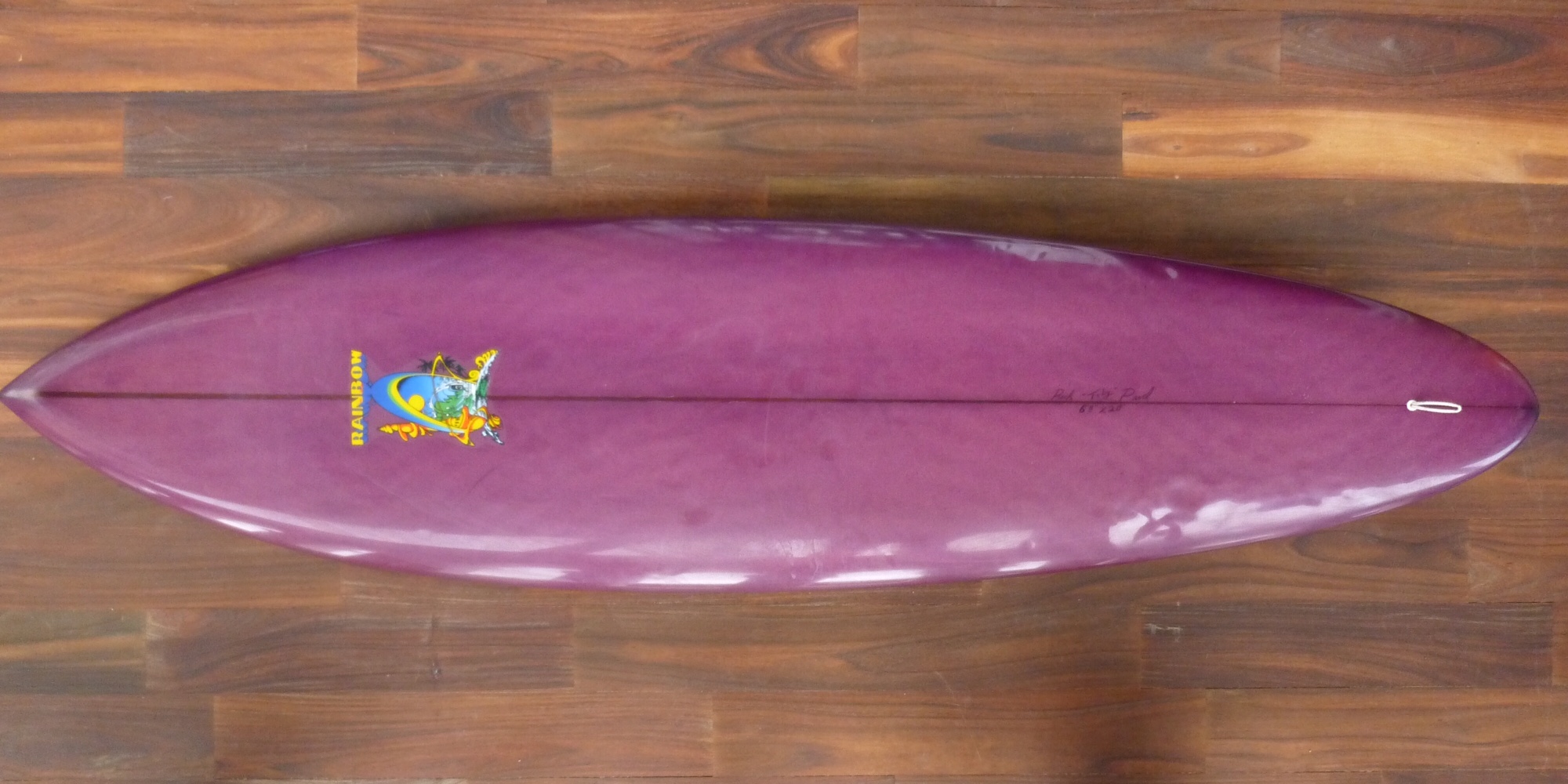 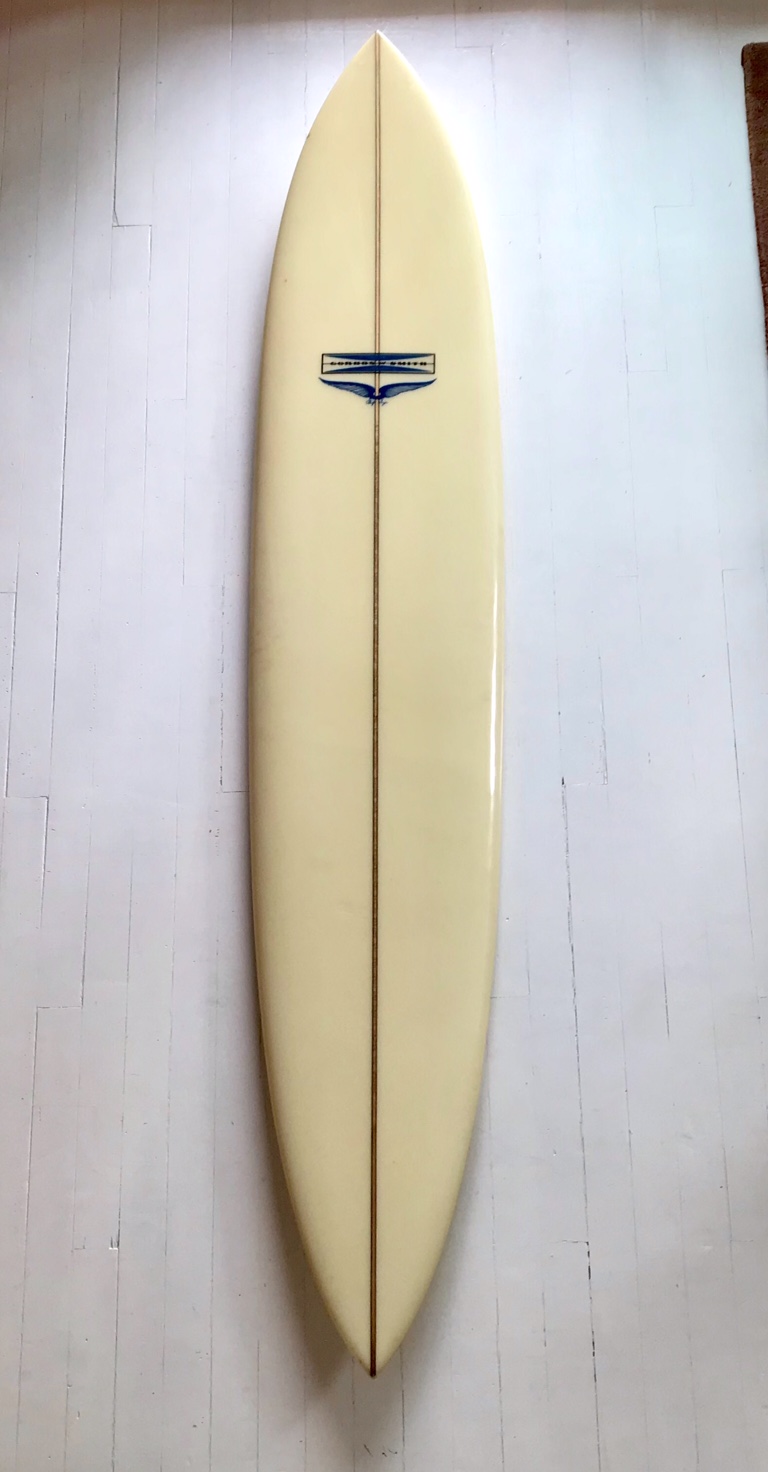 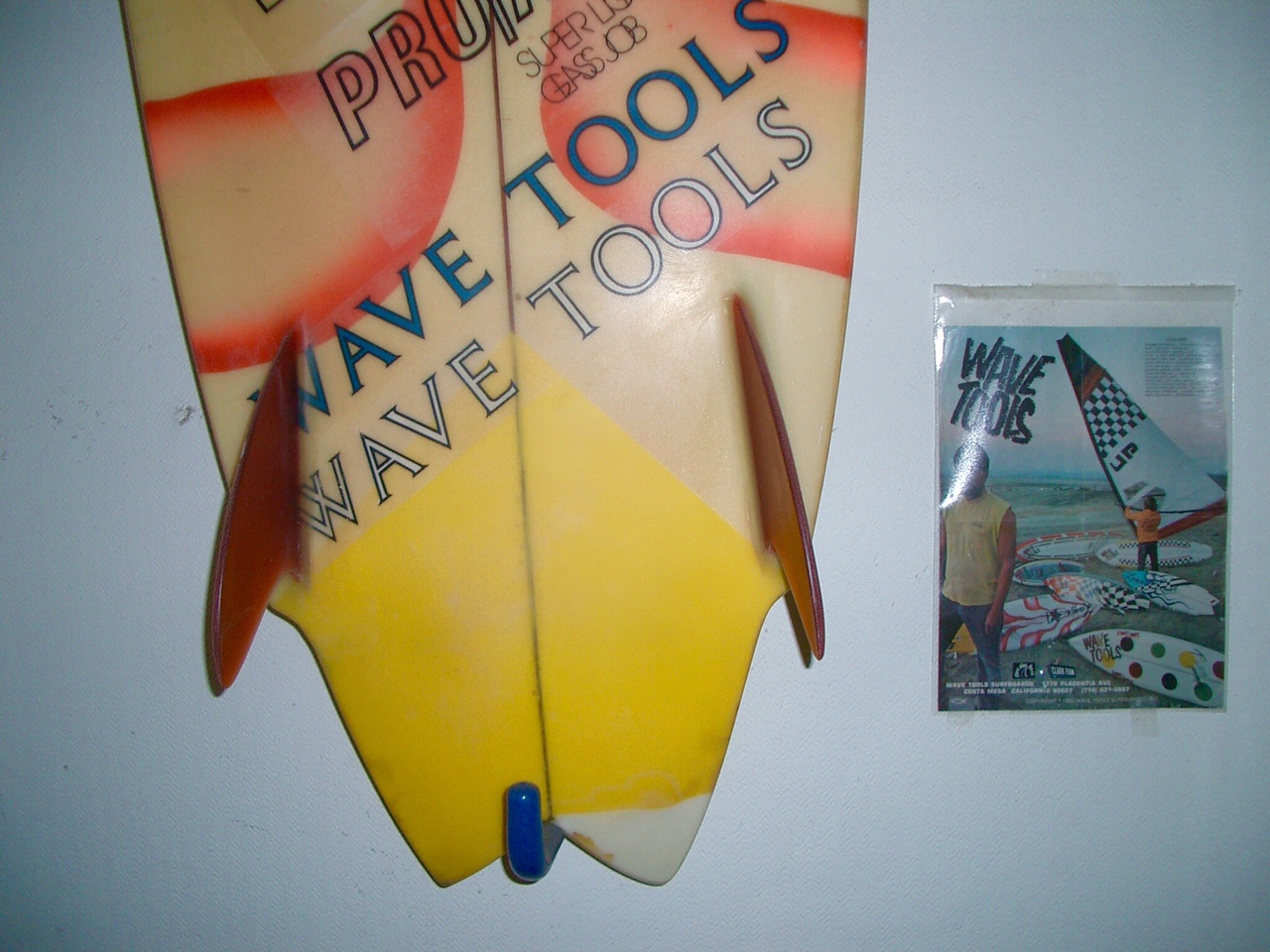 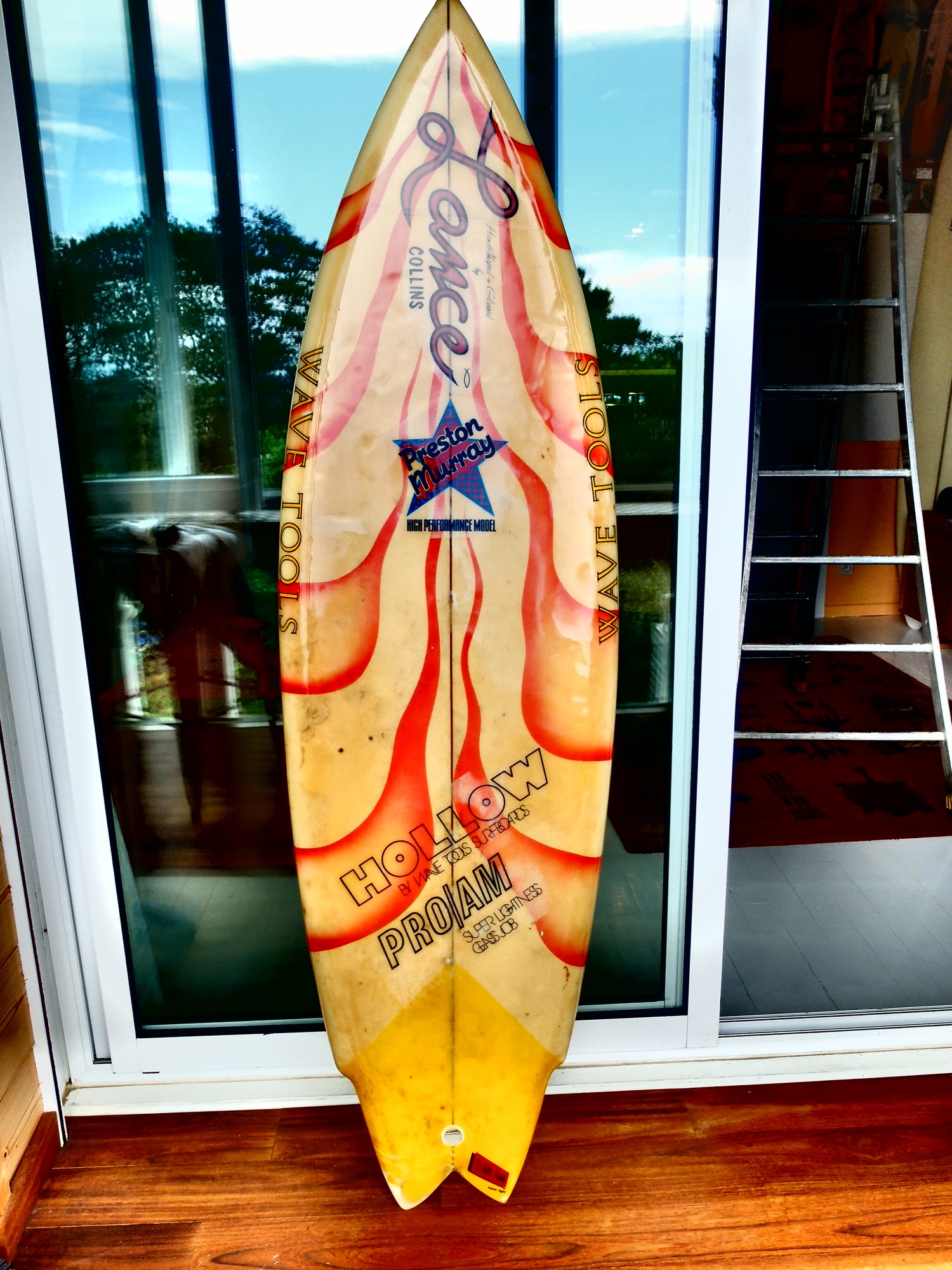 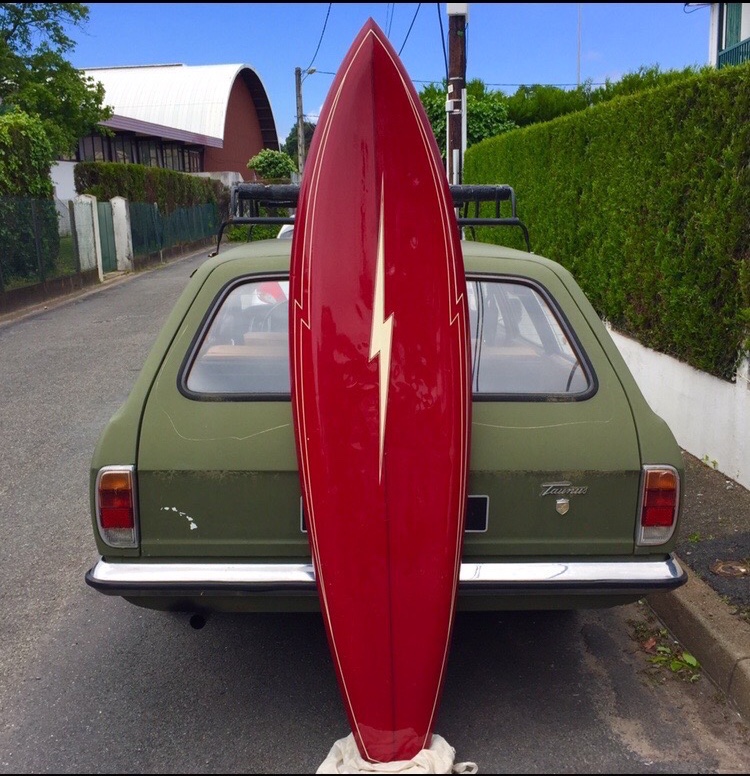 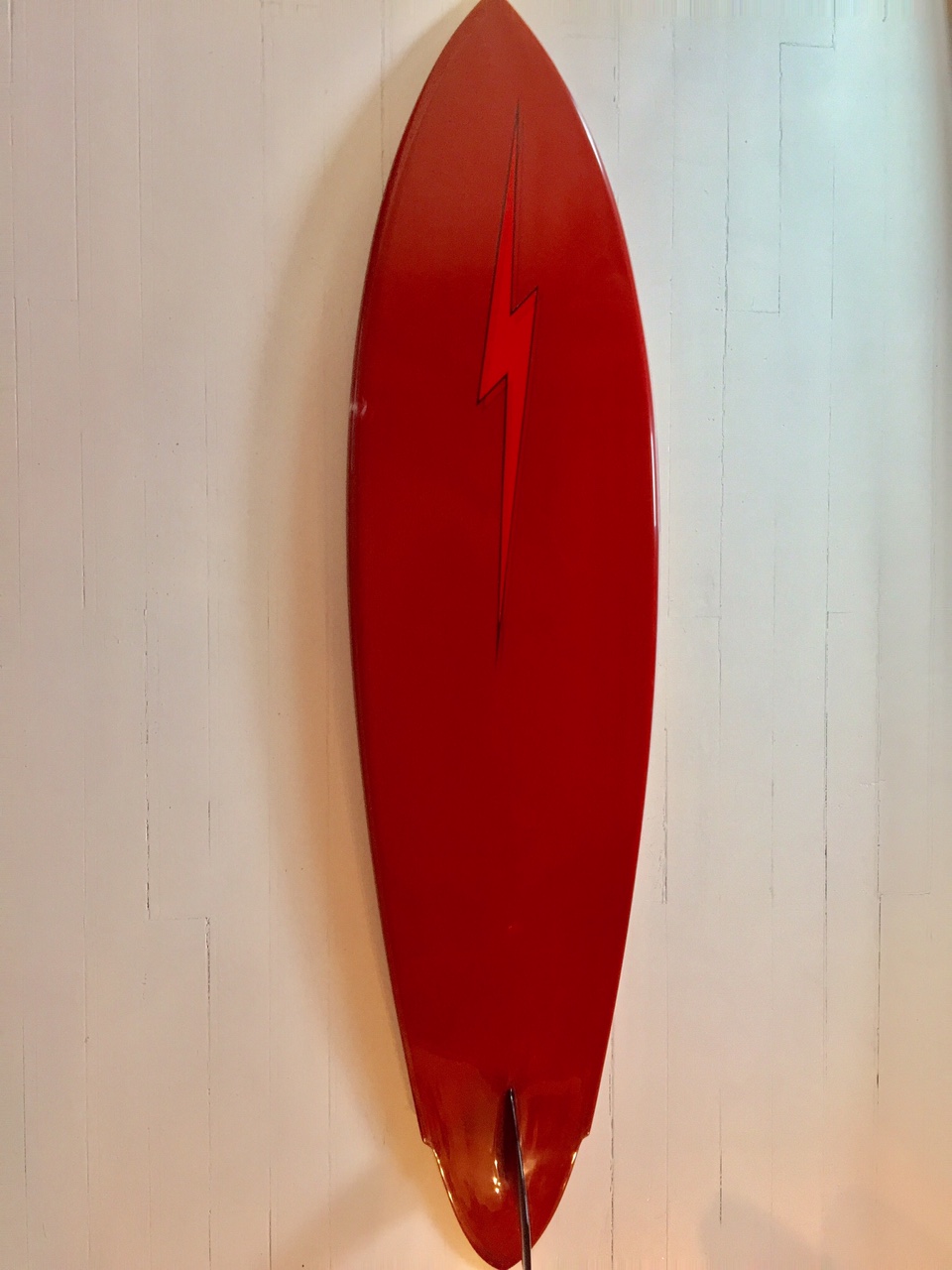 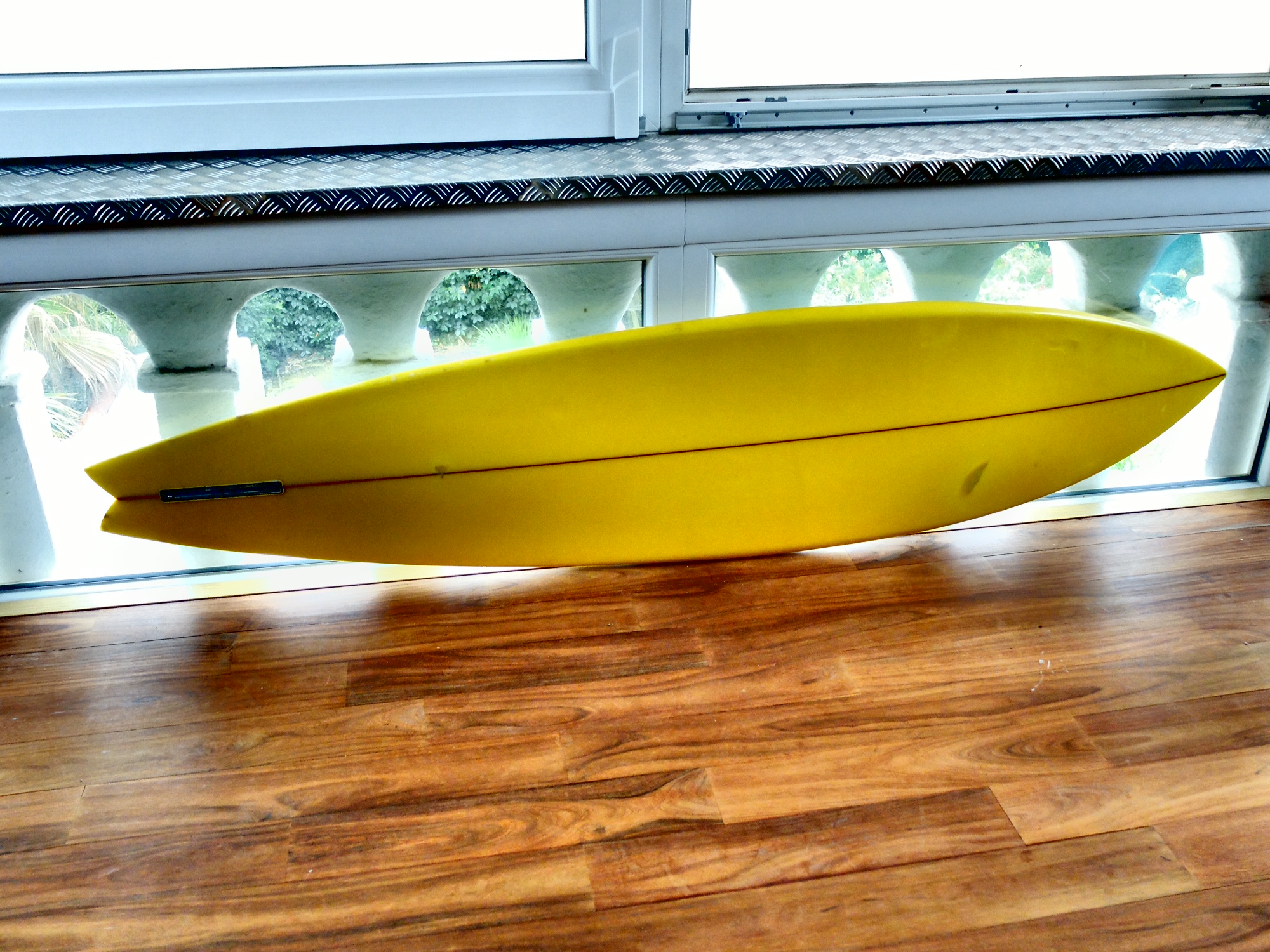 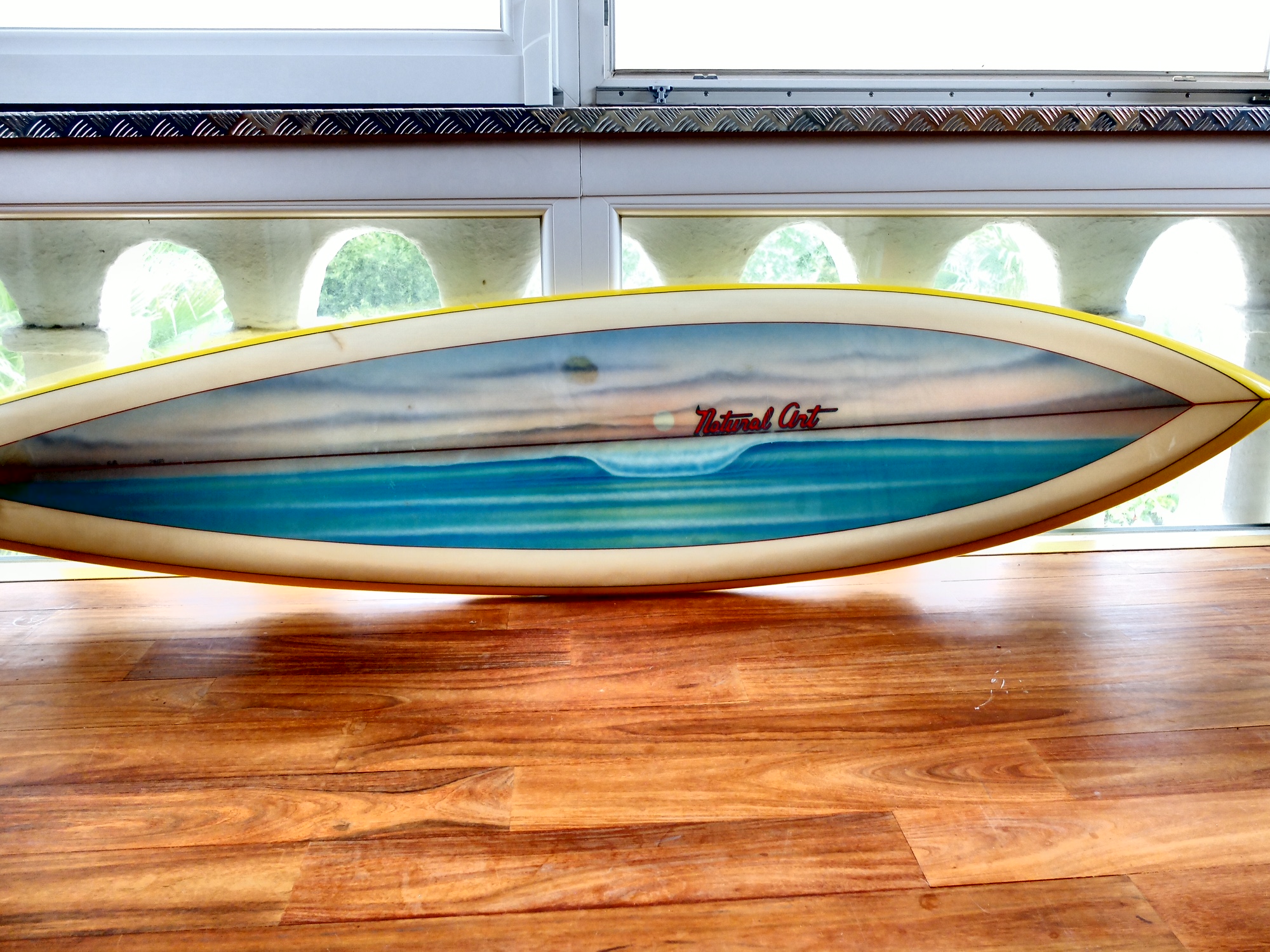 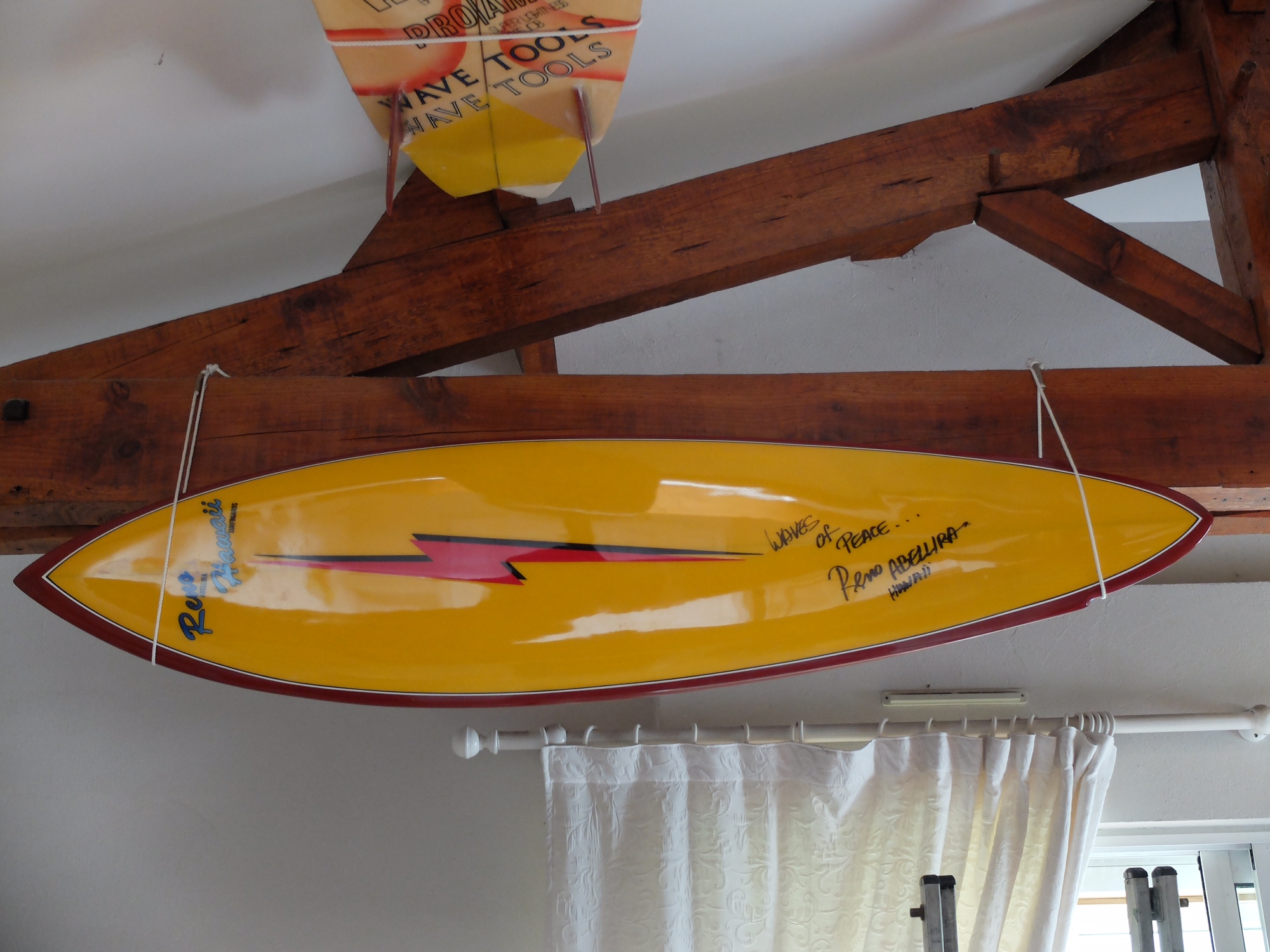 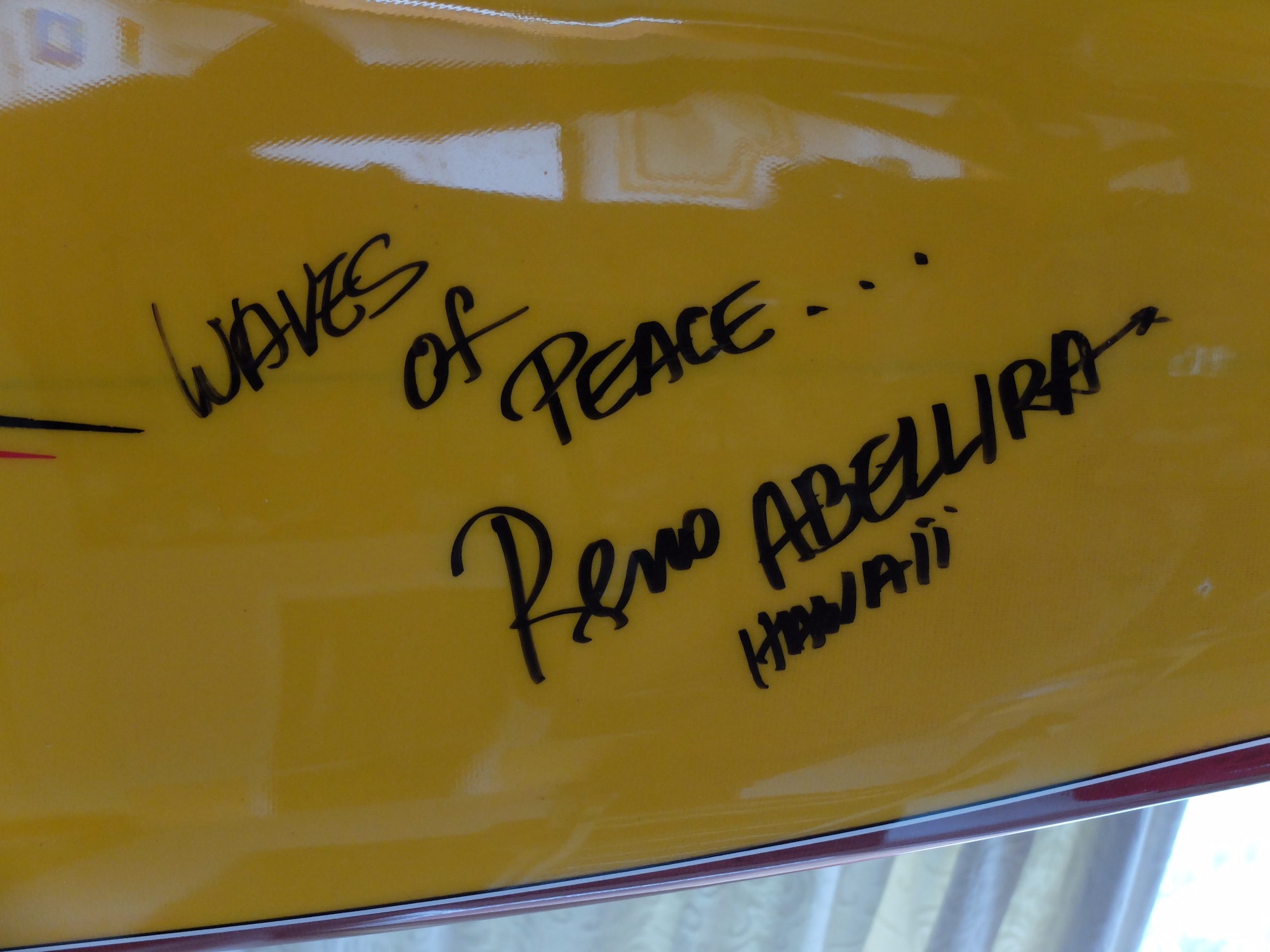 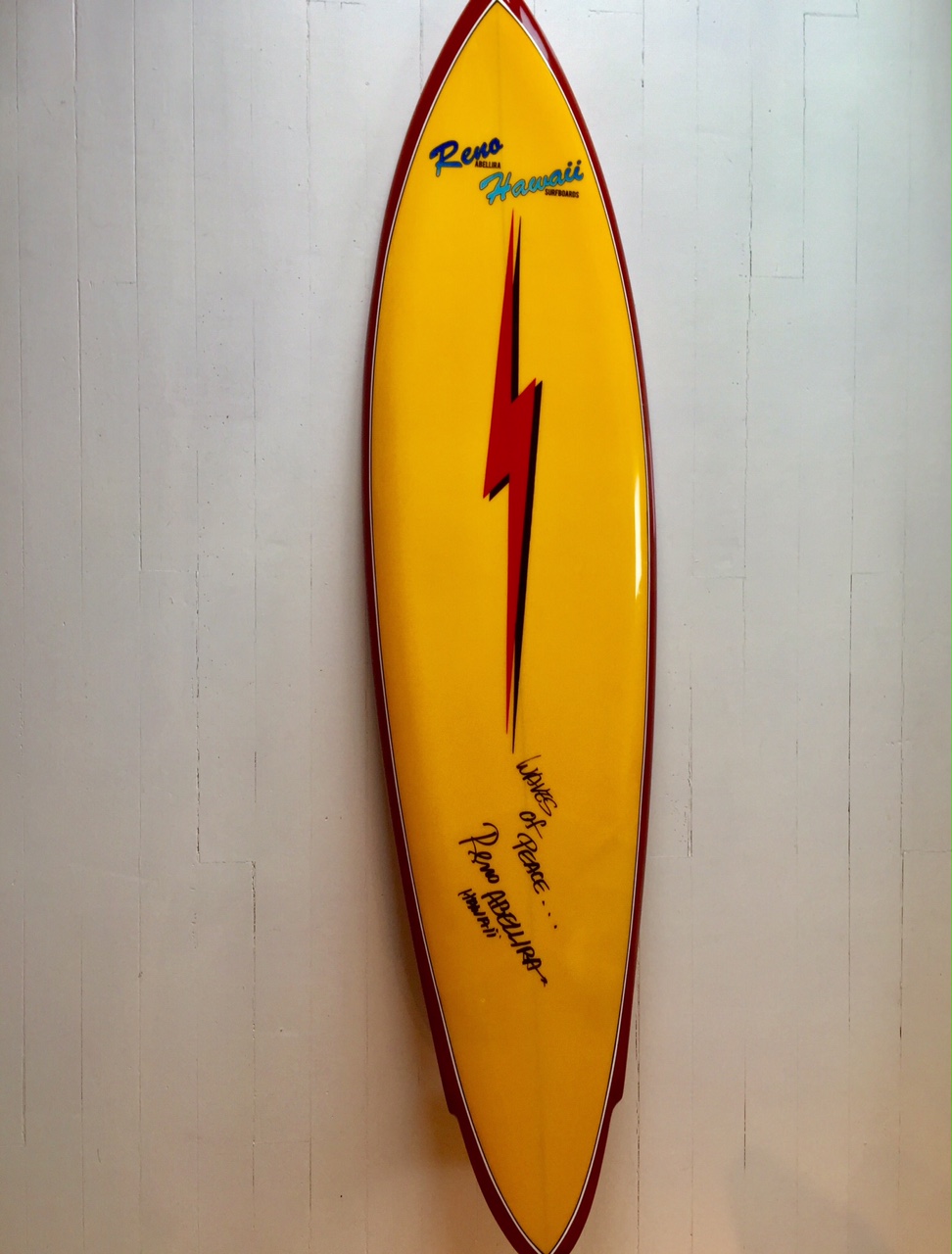 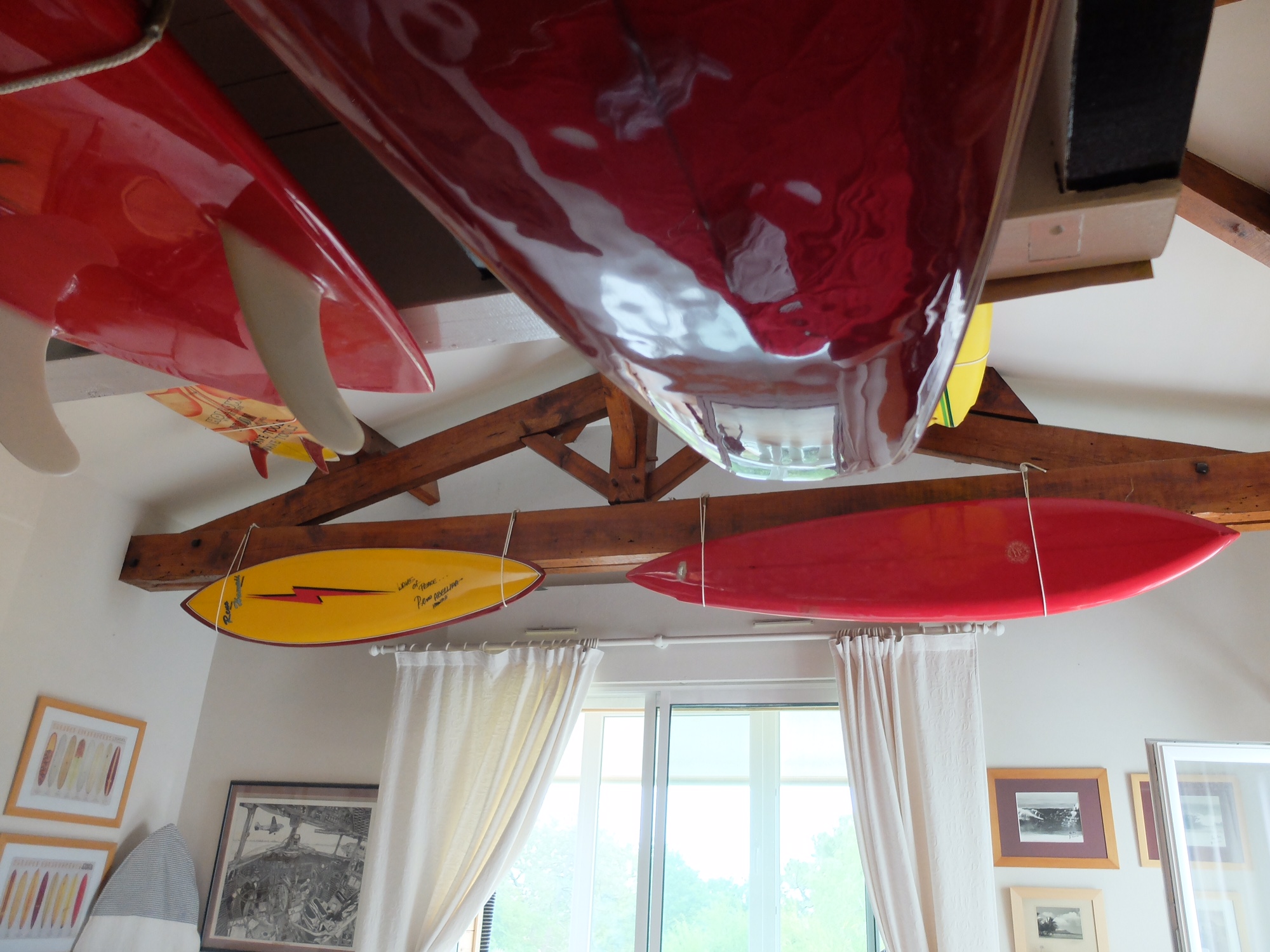 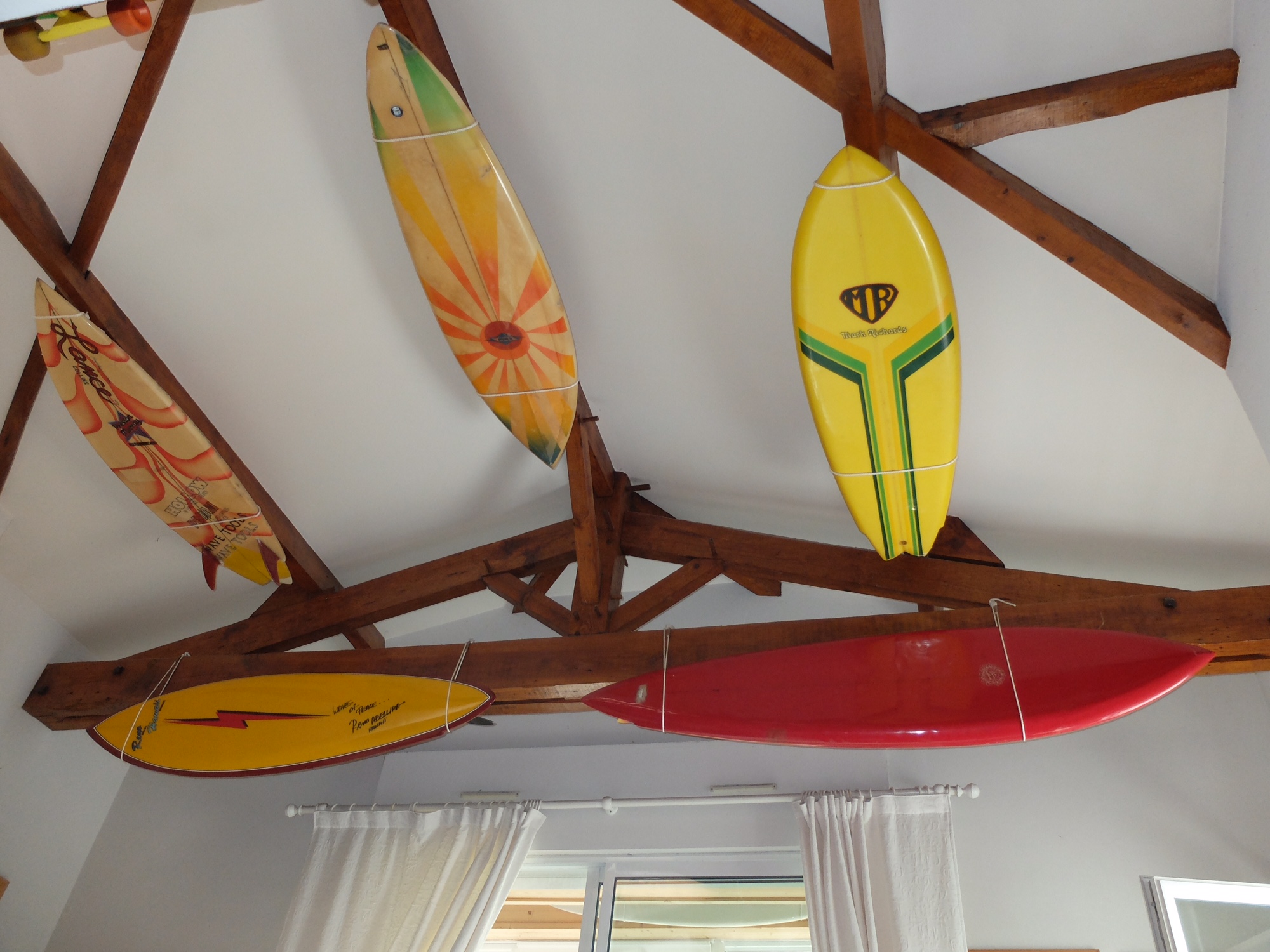 Which is now your most preferred board?
It’s like asking a child if he prefers most his mom or his dad. But I have two special boards… mmmh, no 3 boards… maybe 4? Let’s say all 😉 But the 9’6 Gordon and Smith Pintail Skip Frye is special, shaped in 1984, because it’s never been ridden and Skip wrote this on the stringer:
“Shaped for master shaper and craftsman and brother of the sea -Heinrich- by old school advocate Skip Frye on the 101st anniversary of the birthday of the first surfer of the modern age -George Freeth- November 8, 1984”. Wahooo, history!

Are you surfing your vintage boards?
I used to surf minimum once almost all of my vintage boards. But now I’m a bit shyer. I keep the Skip for when I will be very old, to glide and glide to the end… And due to a pretty fucking back issue, I cannot surf short boards any more – triple fuck.

Which one do you like to surf most?
The only vintage one I get wet with is an old beaten Brewer, a Takayama pig longboard (used to be Joel Tudor’s). Otherwise I surf recent but old school shaped logs…

Who is your favorite surfer from the 60’s-90’s and why?
Hard to say. They are so many in the history of surfing! Skip of course because it’s pure glide and flow, Dora because it’s Mister Dora (had the chance to surf “with” him in Guethary), Curren (I was on the beach in Biarritz when he won the amateur world championship at “la Grande Plage” in 1983, Gerry Lopez, of course because style is everything (quote by Jay Adams 😉 Oh. How can I forget Dane Kealoha and Larry Bertlemann and the smiling Buttons. All those guys made me dream and still do – many thanks to them.

Who is your favorite shaper from the 60’s-90’s and why?
Like everybody I guess: Mr Dick Brewer, Mr Skip Frye, Mr Takayama, the main Bolt Hawaiian shapers (Gerry, Barry, Tom, Reno), I surely forgot some.

Where can we see your boards?
Fredvintagesurf