Who are you? Where are you living?
Jesse McNamara, former US Defense Department Contractor now semi retired. Born, raised and never leaving Lompoc, California.

When and how did you start collecting?
I started collecting boards around 2012 or so. Had a friend getting rid of an old board I thought would be fun to ride and then started searching for old boards from the area. I guess I’ve always been “collecting” since I never got rid of any of my boards over the years.

Which was the first board of your collection?
Early Channel Islands single fin.

How many boards do you have?
I tell my wife I have less than 50. I think it’s actually closer to 100 or more if you count ones I have at friends or families houses. 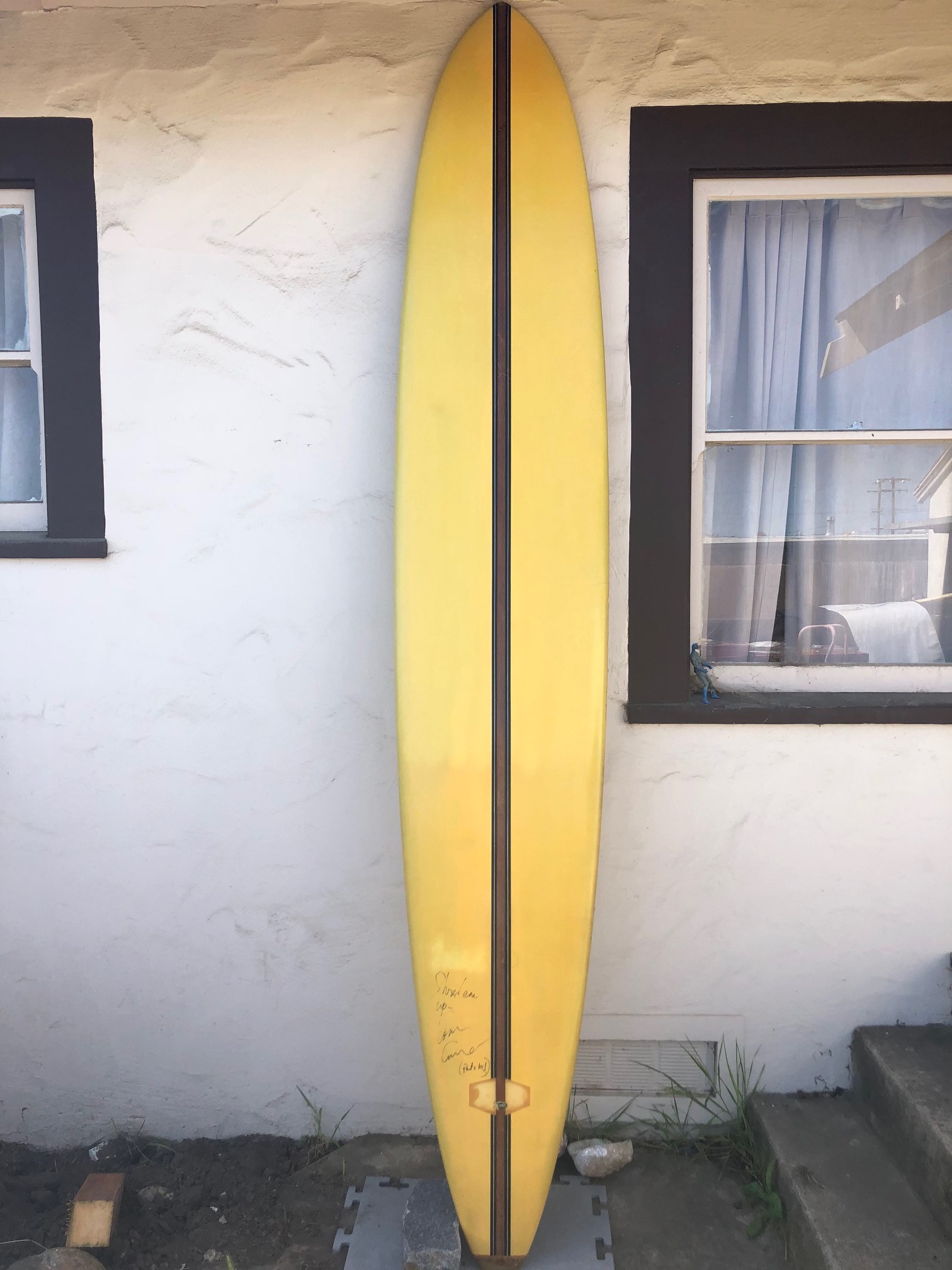 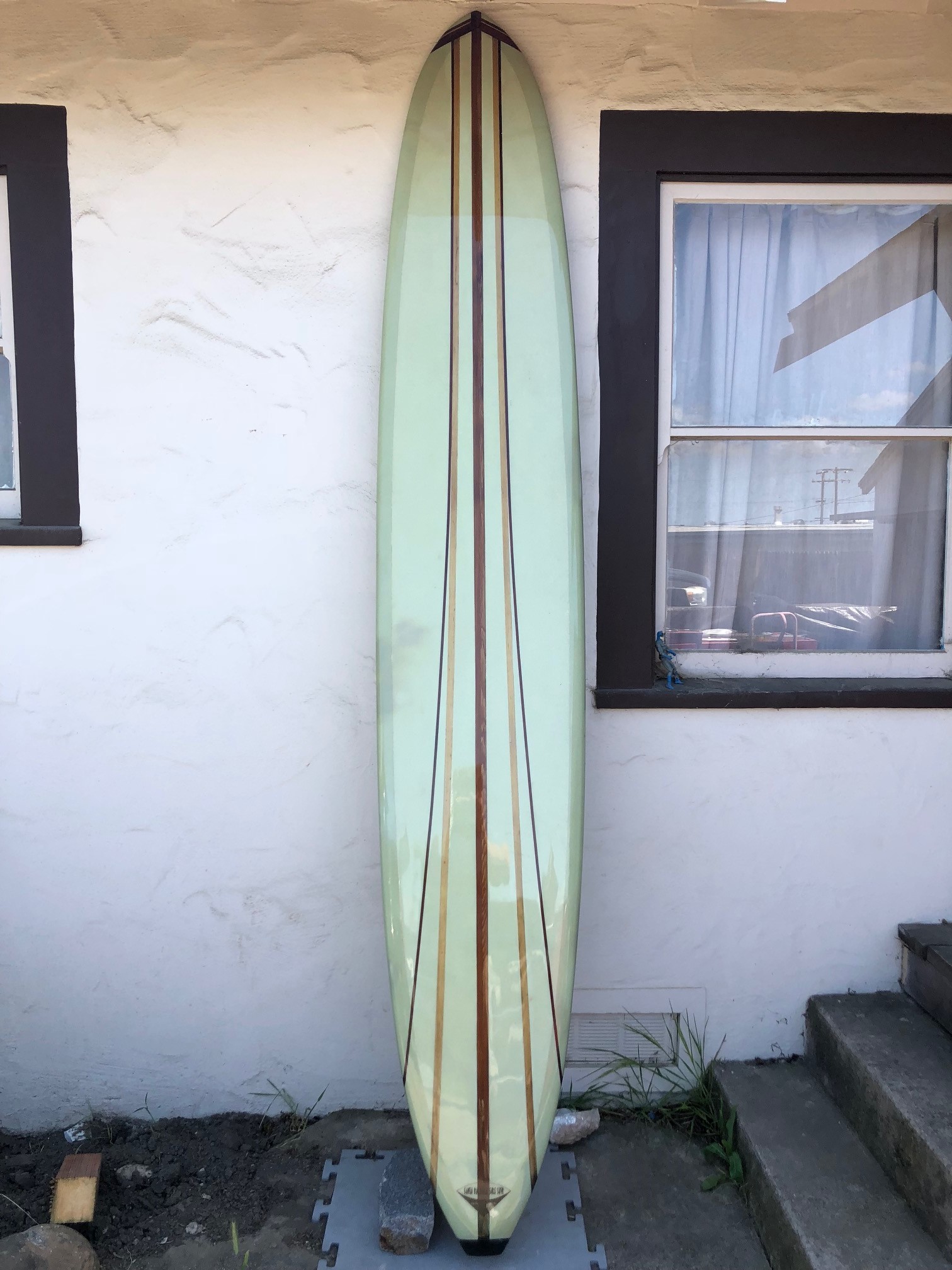 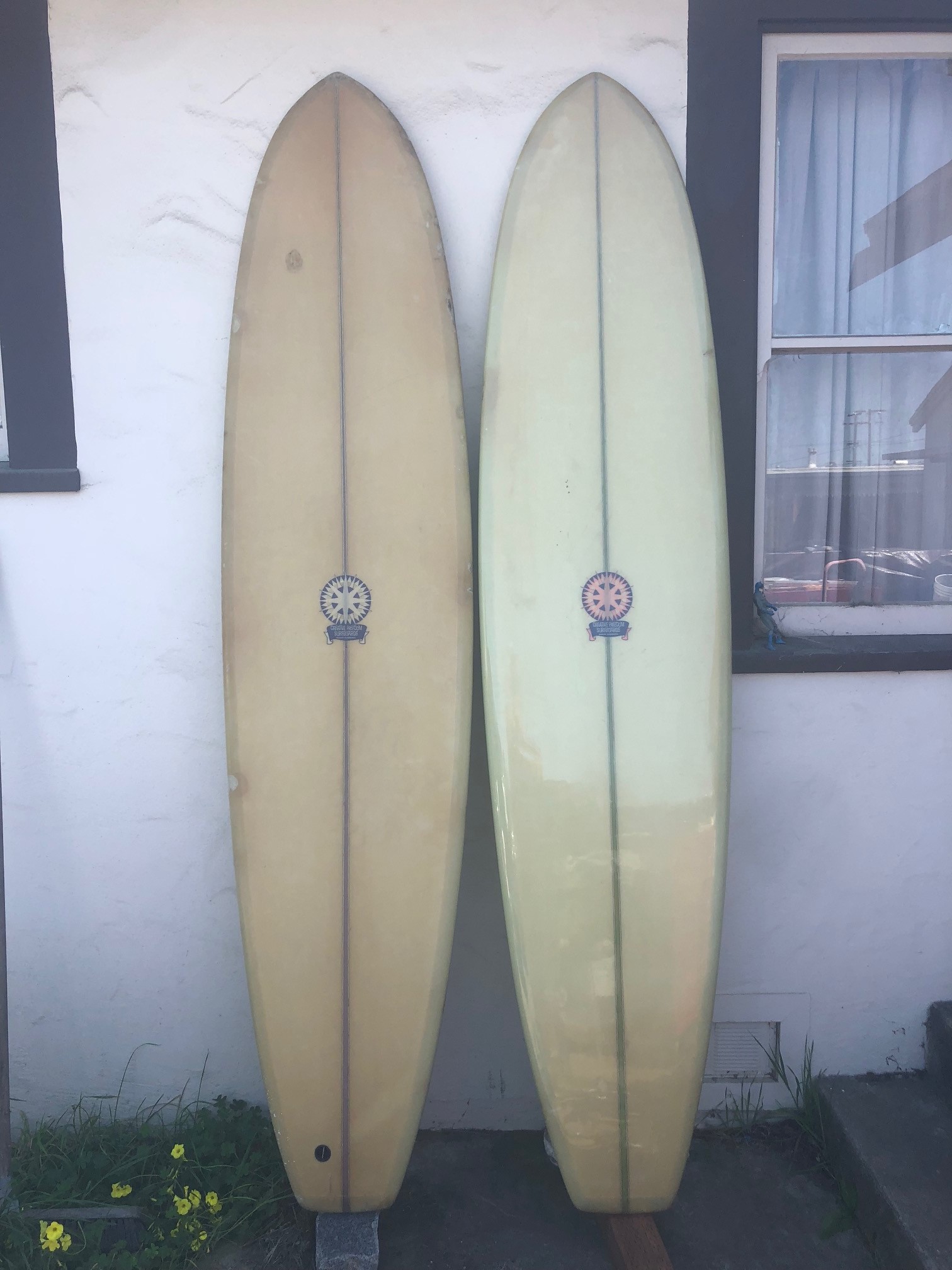 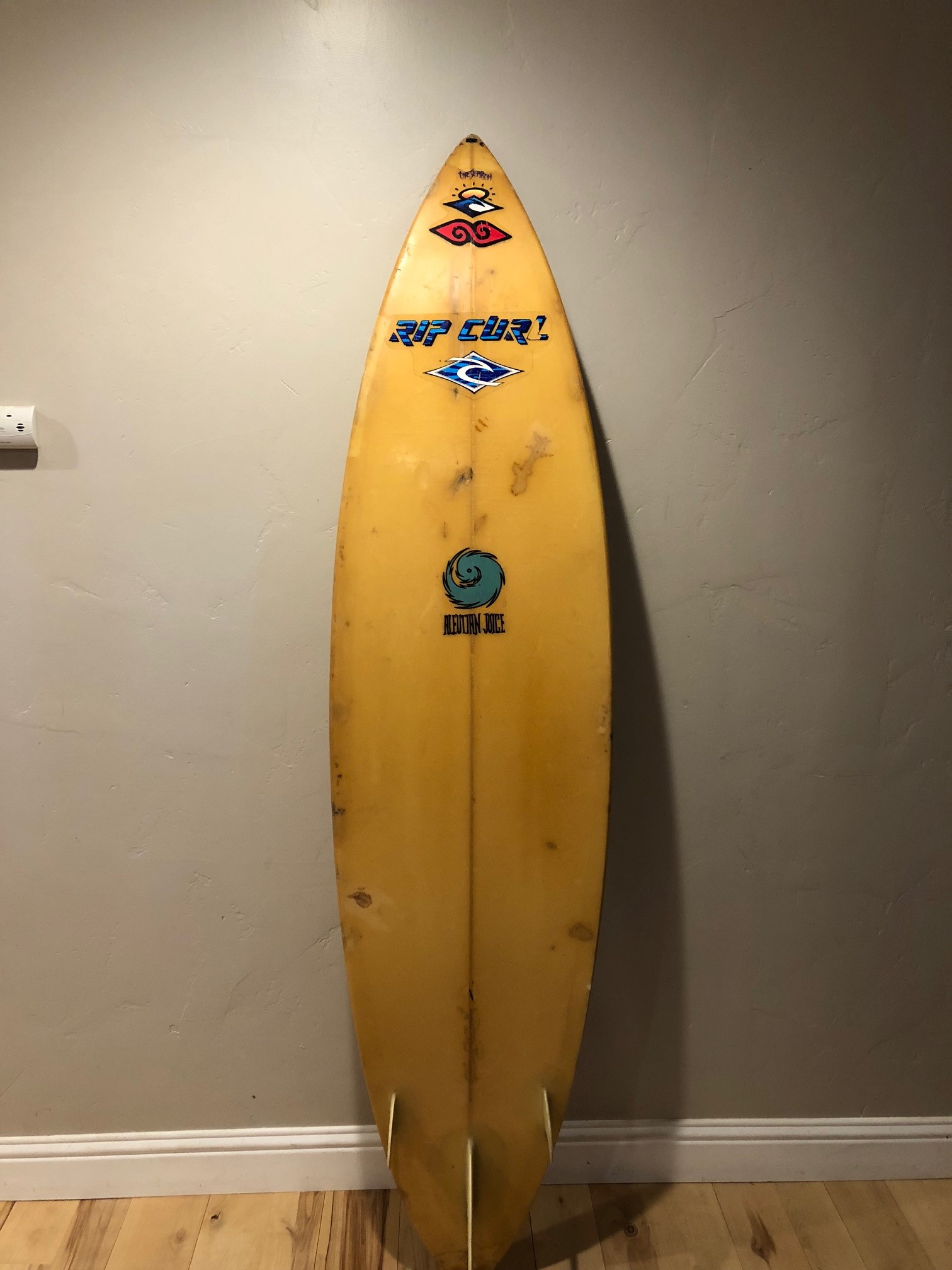 Which is now your most preferred board?
I like gun shapes so I’d have to say one of my vintage Creative Freedom guns shaped by John Bradbury.

Are you surfing your vintage boards?
Yes I have a few vintage riders. Nothing against guys that hang boards on the wall but they were all built to ride and I’d like to hope I will surf them all at least once.

Which one do you like to surf most?
I picked up a Yater single fin this past December that the guy had the original purchase receipt from Renny from 1978. It looks like it was built for for an NFL player….maybe 3.5” thick and like 22” wide, it’s a beast but fun to ride.

Who is your favorite surfer from the 60th-90th and why?
Shawn Briley…that guy charged! Oh and Dan Malloy…those other Malloy brothers are goofy…footed.

Who is your favorite shaper from the 60th-90th and why?
John Bradbury, he shaped a lot of the guns for guys in the Santa Barbara County area charging back in the day.

Where can we see your boards?
My Instagram handle is @j2themac ….I post some of the boards I pick up or ones that are in my collection.

Last words:
Don’t ever tell your wife the true number of how many surfboards you really have and ride those wall hangers at least once.