Because he was looking for his dad’s vintage boards, Jeff Cardona from Long Beach started collecting – 100 boards later, he is still not finished…

Who are you? Where are you living?
Jeffrey Michael Cardona/ Long Beach CA

When and how did you start collecting?
About 9 years ago… Always loved surfing, and my dad had 3 vintage boards that he wanted to sell, so I started researching them and got hooked to the history, stories etc. Researching also connected me to some resourceful people, and educated me further on all the eras. Really appreciate the history all around here from the North to the South of California, as well as several other parts of the world.

Which was the first board of your collection?
Have to say an early Robert August fish twin fin that I found in a dumpster, and on the majority of the bottom it has a handpainted wave graphic with a guy in the tube… Epic! 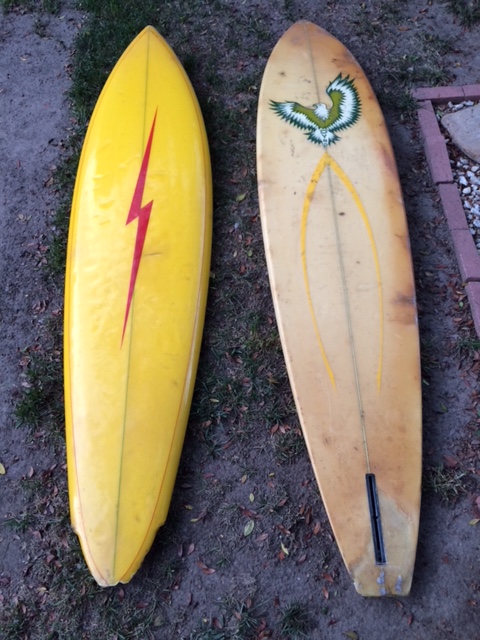 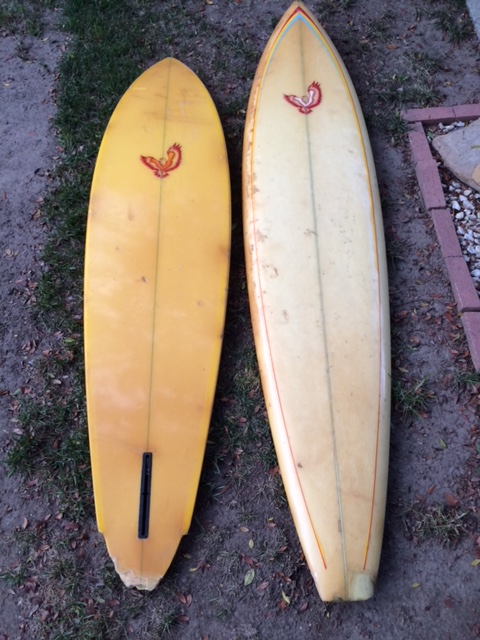 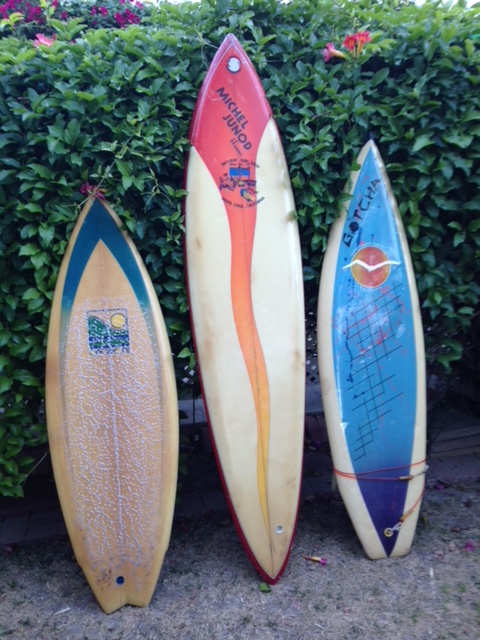 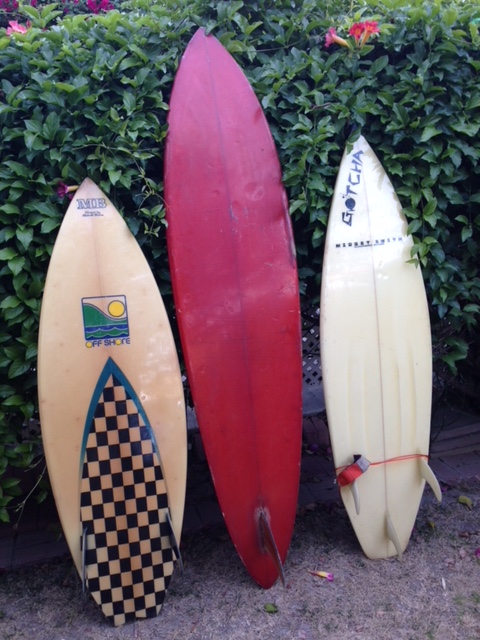 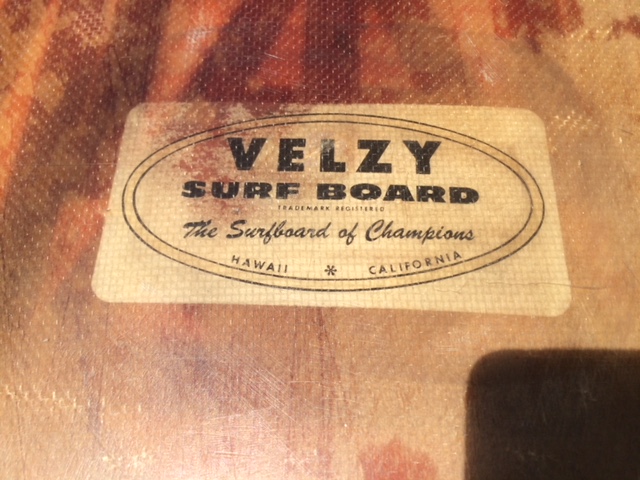 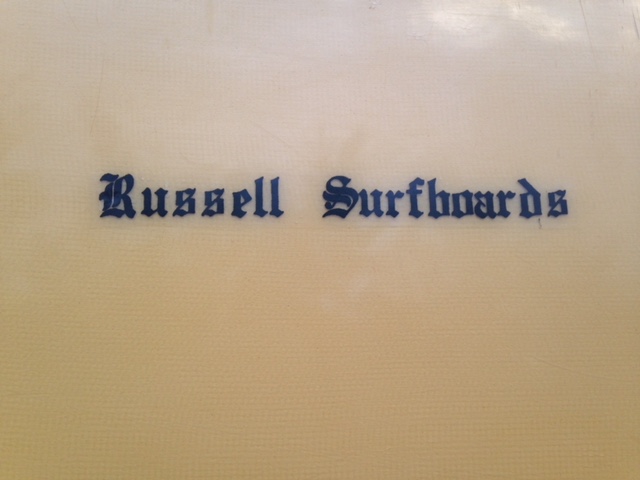 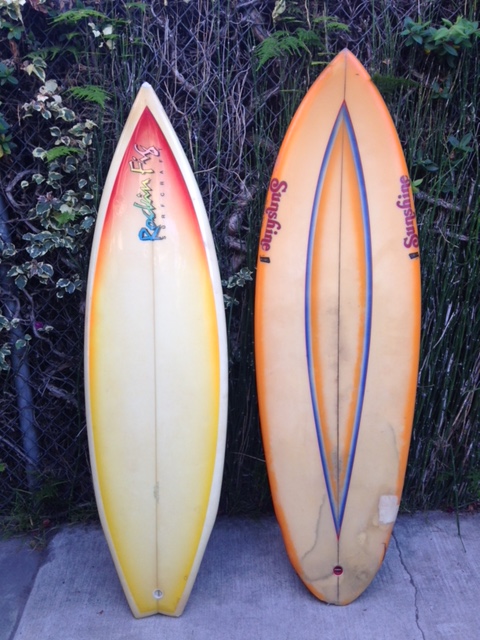 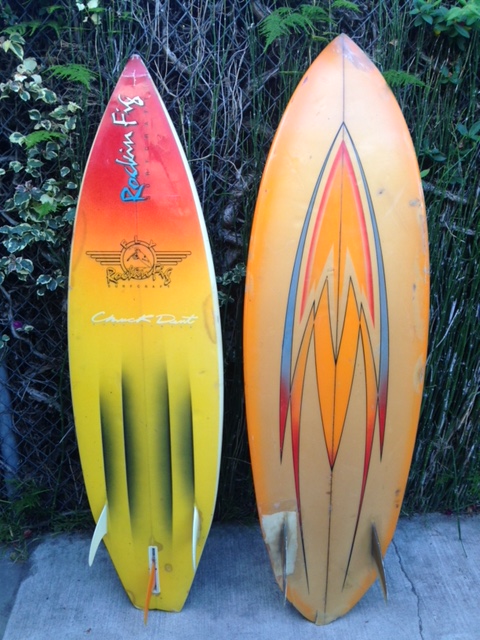 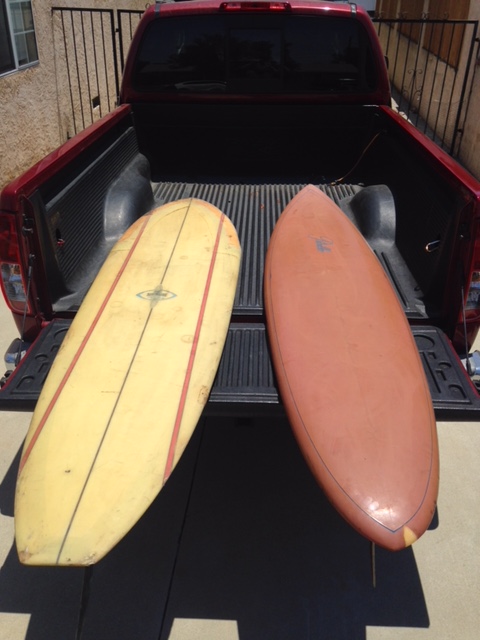 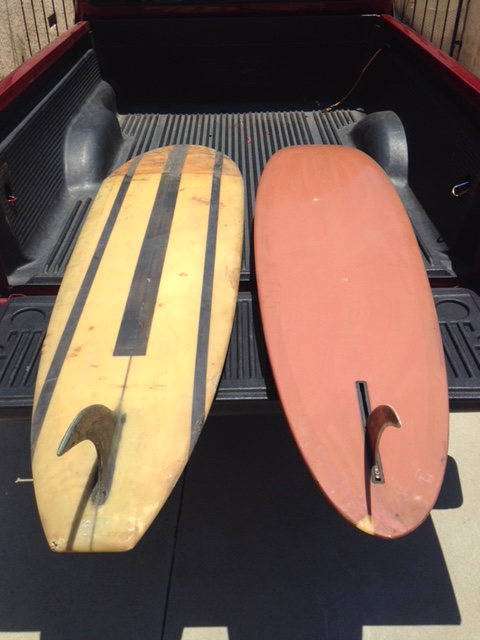 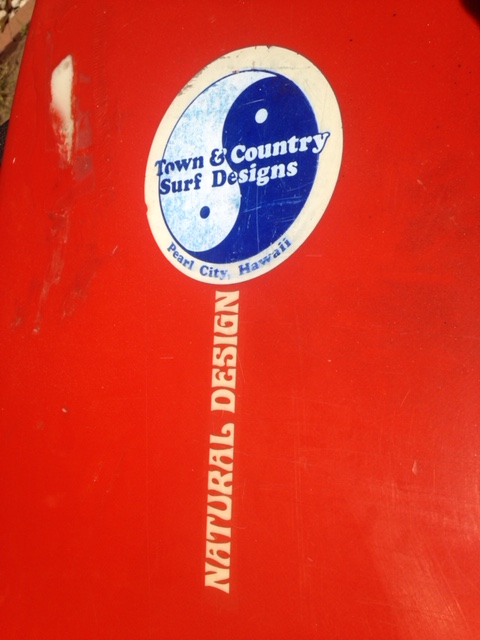 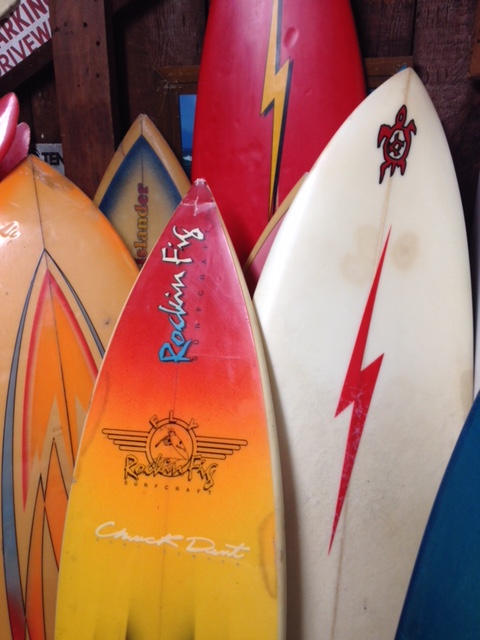 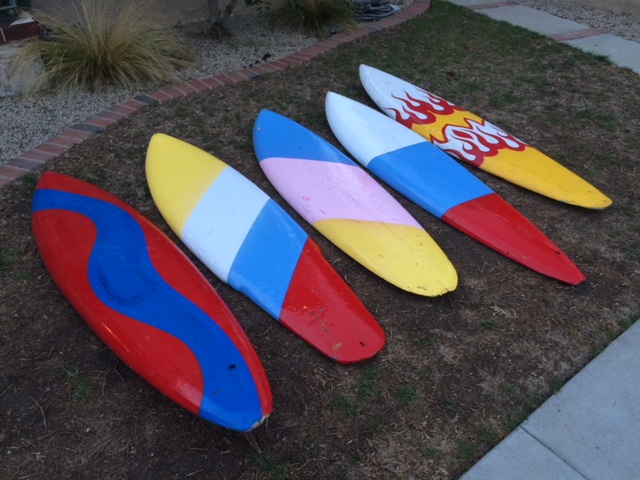 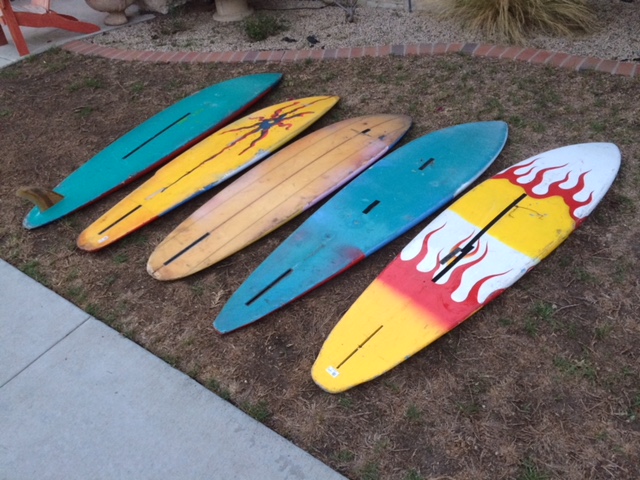 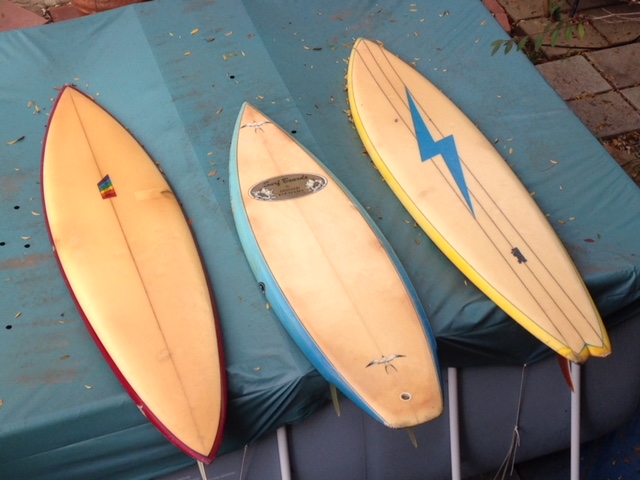 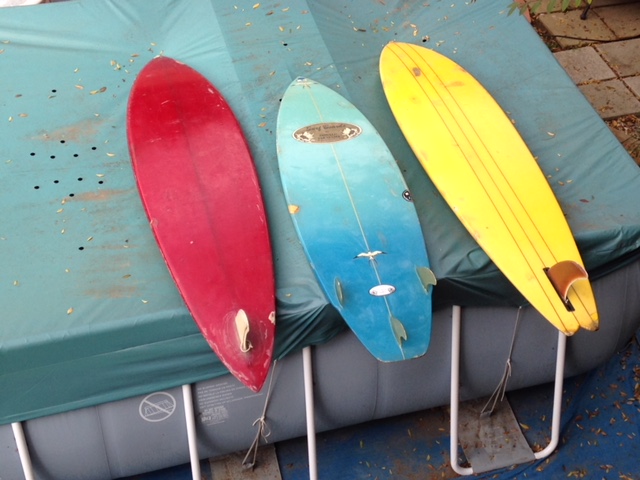 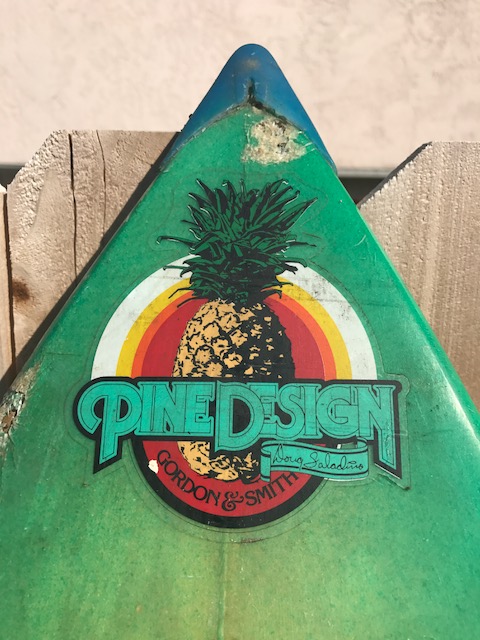 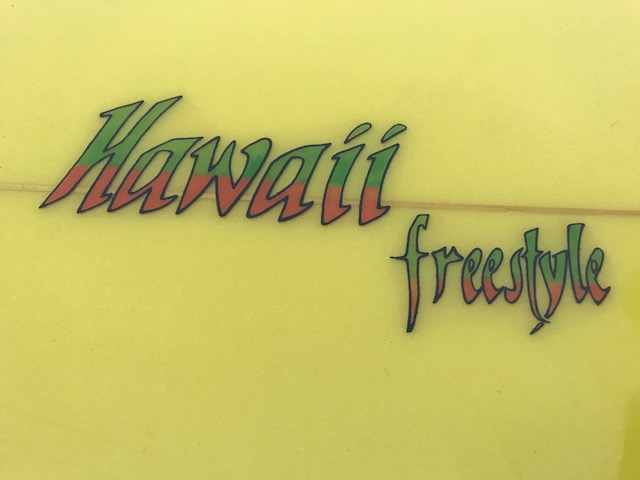 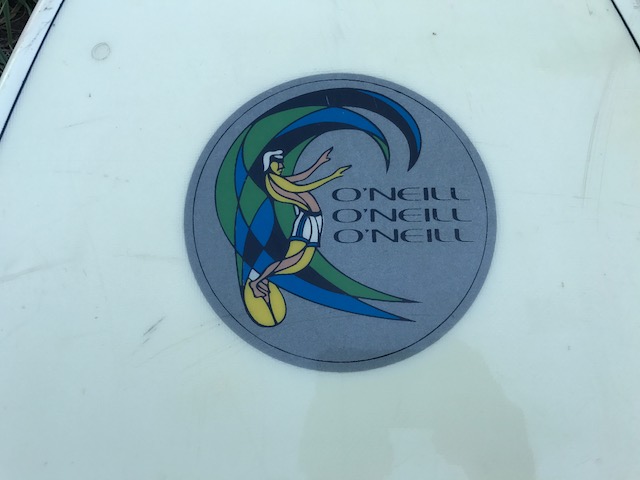 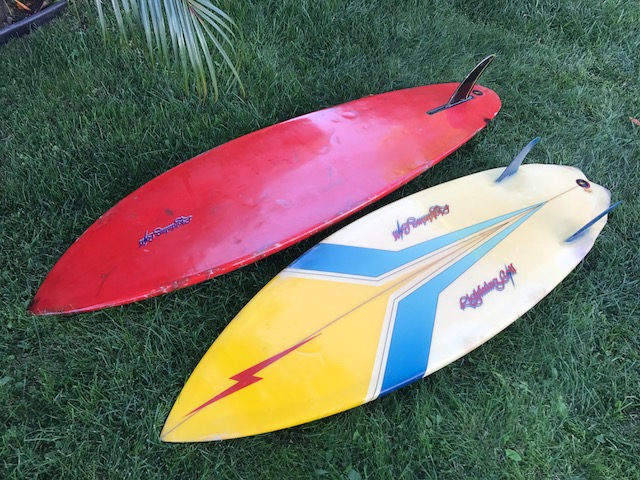 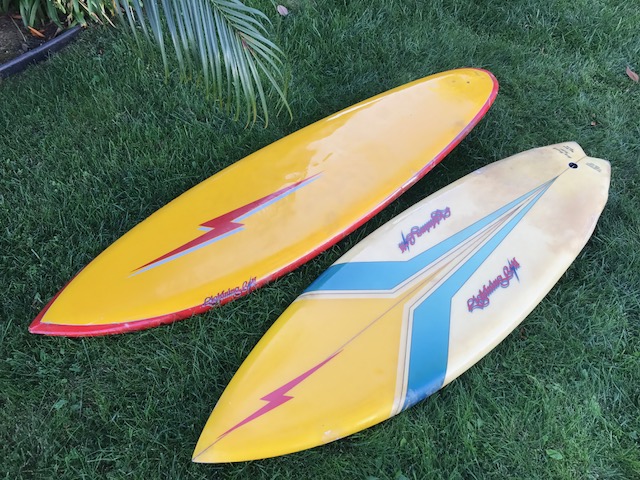 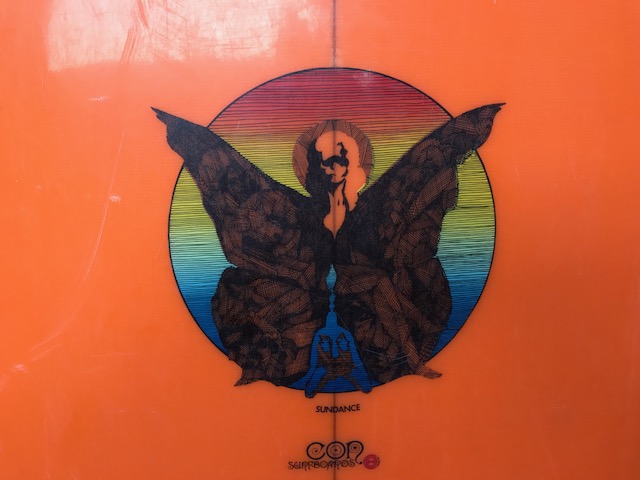 Which is now your most preferred board?
I call my STÜSSY checkerboard twinny my favorite and the staple of my collection, but, some significant others have challenged that call.

Are you surfing your vintage boards?
Not really, as a lot of them are not exactly watertight etc and I never wanted to possibly damage them further, and/or do poor repairs.

Which one do you like to surf most?
I recently obtained a HERBIE FLETCHER 7’10″ single fin and look forward to trying some glides on that once it’s repaired.

Who is your favorite surfer from the 60’s-90’s and why?
Team BOLT from the 70’s because they were on top of the whole world and everyone wanted a LIGHTNING BOLT.

Who is your favorite shaper from the 60’s-90’s and why?
Hobie Alter because he significantly defined the industry in his own right.

Where can we see your boards?
Instagram, FB & Long Beach CA.

Last words:
I’ve been really blessed in that I have been able to obtain a wide range of surfboards from almost every era, starting from the late 50’s/early 60’s, and all upwards from there. Many of my boards aren’t perfect, but they are cool and even some are rad, especially my ‘80’s favorites. With that, I have bought/sold/traded even some more modern boards, so that I could find myself in the position that I am today, and that is actually in the black, which means that in theory, I have a solid collection with no money out of pocket!

Seems like you can never really have enough cool old boards, and I have somewhat of a wild dream of having 300 boards someday, from mostly every well-known brand. Well, I’m still looking and still trading depending, because inevitably they’re still out there. I’m sure, like many others, that one of my greatest challenges is being able to organize them and especially to display them, but, progress continues…. Well, until then, all the best.